If signed into the law, the sky is the limit for wine containers. 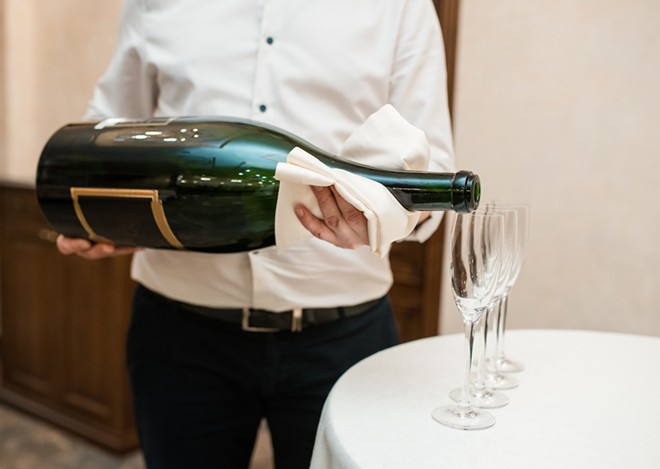 Photo via Adobe Images
The House raised a glass Thursday in favor of a bill that would remove size limits on wine bottles in Florida.

The bill (HB 6031) would repeal state laws that ban wine sales in containers larger than a gallon. The House passed the measure nearly unanimously with a 117-1 vote.

“Free the grapes,” LaMarca quipped on the floor.

LaMarca urged lawmakers to encourage Senators across the hall to support the measure, and for good reason: the 2022 Legislative Session marks his fourth attempt with the measure.

The failed efforts, though, aren’t for a lack of trying. Last year, he found success in the House, but ran dry with lawmakers in the Upper Chamber.

The policy behind the law, LaMarca has previously suggested, is fruitless.

“It serves no good policy to criminalize the sale of wine based on the container size,” LaMarca told the Regulatory Reform Subcommittee.

Under current law, selling wine in a container larger than a gallon is a misdemeanor offense, potentially even a third-degree felony in certain circumstances.

If signed into the law, however, the sky is the limit for wine containers.

The bill would allow wine bottles of all sizes, including the “Nebuchadnezzar,” which holds 15 liters, or the volume of 20 standard wine bottles.

It would even allow the mammoth 50-liter “Sovereign” — the equivalent of a whopping 67 standard wine bottles.

Wine connoisseurs, as well as businesses, would benefit under the proposal, according to a staff analysis.

Among other changes to state law, they championed legislation allowing Floridians to purchase to-go cocktails.

The booze-related proposal came after the Department of Business and Professional Regulation allowed bars and restaurants to sell drinks to-go amid the pandemic and its subsequent lockdown.