French robot pole dancers, and more 'News of the Weird'

Florida is surprisingly off the clock this week. 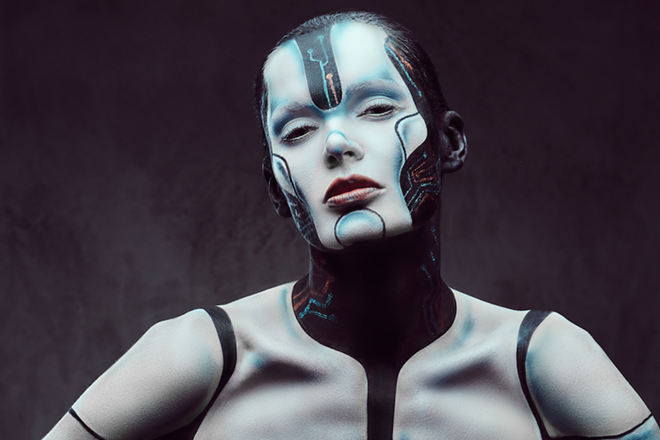 The SC-Club, a nightclub in Nantes, France, is celebrating its fifth anniversary with a new attraction — robot pole dancers. The bots will wear high heels and sport a CCTV camera for a head, along with mannequin parts overlaid on their robot bodies, reported Sky News on Sept. 1. The camera/head is designed to "play with the notion of voyeurism," designer Giles Walker explained. Club owner Laurent Roue assured patrons the robots won't replace his 10 human dancers.

WHAT’S IN A NAME?

Rep. Raul Ruiz, 47, a California Democrat representing the 36th Congressional District, may face an unusual opponent in the November 2020 election: GOP candidate Raul Ruiz, 57, a construction contractor. "I want to give the citizens another option," challenger Ruiz told Politico. "I'll say this. I had the name first."

Gary Lambe, 54, made the job of the Toronto (Canada) Police Service easier on Aug. 23 when he allegedly made a photocopy of his face during a break-in at a commercial property there. Police said the suspect "ate some food items" and created the picture of his face -- which he left behind. Fox News reported that police eventually arrested Lambe, who was already in custody for an unrelated incident, and charged him with breaking and entering and failing to comply with probation.

Yusuke Taniguchi, 34, a shopping mall clerk in Koto City, Japan, was arrested earlier this year for using his superpower — a photographic memory — for apparent evil. According to police, Taniguchi was able to memorize more than 1,300 numbers from credit cards as people used them at his shop register, SoraNews reported. He admitted to investigators that he would remember the name, card number, expiration date and security code, then write the information down as the customer walked away, later using the accounts to make online purchases of items he would then sell. Police, who tracked him to his address by using orders for two expensive handbags, found a notebook with hundreds of accounts listed.

A Texas motorcyclist with the memorable nickname "Baby Jesus" taunted Blue Mound police on Aug. 10 as they tried to pull him over. Police posted dashcam video of Jesus Sebastian Gomez doing wheelies and standing on his motorcycle while weaving in and out of traffic, eventually getting away from officers. Fox News reported that witnesses viewing the video helped identify the rider, and police issued a statement urging Gomez to turn himself in. "(Y)ou need to come speak with us regarding this incident or we can come to you. (We could have a come to 'Baby Jesus' meeting)," they offered. Gomez surrendered to the Tarrant County Sheriff's Office on Sept. 4 and was charged with evading arrest.

Police in Wilton, Connecticut, told WVIT they scored a two-fer on Sept. 7, thanks to 64-year-old Ellen Needleman-O'Neill. The woman was arrested that afternoon after a caller alerted police of a driver who hit a parked car in a parking lot. Officers conducted field sobriety tests, which they said Needleman-O'Neill failed, and she was charged with operating a motor vehicle while under the influence of alcohol and/or drugs, along with possession of a controlled substance (for the Tylenol 3 found in her bag). Police released her, but hours later she was seen driving away from a liquor store in her car. Officers stopped her again and found her to still be under the influence, they said. Police also said they learned Needleman-O'Neill didn't have a valid driver's license, hadn't registered her vehicle, and had lost her right to drive after the first offense earlier in the day. She was charged with additional crimes and is scheduled for two court appearances on Sept. 17.

The town of Porthcawl, Wales, is fighting back against the misuse of its public toilets by installing high-tech loos with water jets that will spray users who are smoking or taking drugs — or having sex. Sky News reported on Aug. 17 that the new stalls will have weight-sensitive floors to make sure only one person is using the facilities at a time, and the walls will be graffiti-resistant. There will also be a time limit to discourage overnight campers.

Residents of Kaysville, Utah, have reported two incidents when a drone has approached them, identified itself as belonging to the Kaysville Police Department and issued directions to them. On Sept. 8, a drone told people walking on the campus of Davis Technical College to evacuate, although it didn't specify why. Earlier, a couple walking their dog were followed by a drone that told them to take their dog inside, Kaysville police officer Alexis Benson told Fox 13. Benson said even if the department owned a drone (which it doesn't), it wouldn't use it to issue evacuations or make commands. She also warned that impersonating the police is a crime.