Suddenly it's the season for city-fixing. Or at least having meetings about it. 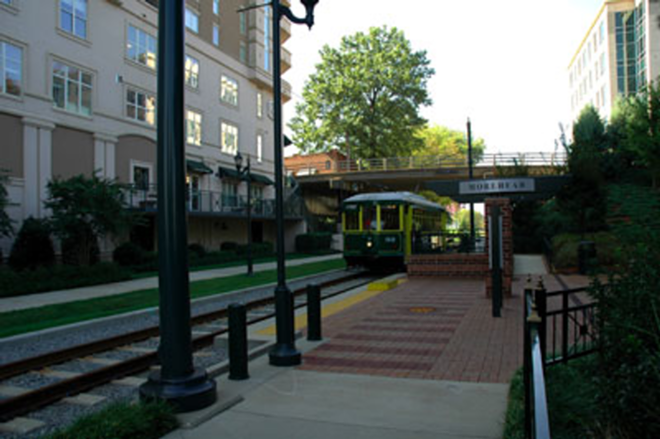 As anyone knows who has lived here for at least a decade, every so often Tampa Bay's leaders perk up their ears and get all excited about how other cities are fixing the problems that plague us: transportation, the economy, the environment.

Last week was the latest turn in this unending cycle.

Almost simultaneously, Tampa Bay leaders were pondering the future in three different events: a trip to Charlotte, N.C., for a look at that city's new transit system; a luncheon lecture by a Portland economist with ideas for improving the region's economy by going "green"; and a conference in Tallahassee for anti-sprawlists hoping to save the state from coast-to-coast development.

In the state capital, the 1000 Friends of Florida — with former Nixon-Ford Assistant Secretary of the Interior Nathaniel Reed speaking — outlined the need to buy land rights to keep farms from being sold for subdivisions. The Tampa Tribune quoted Reed as saying, "This is a crisis. The land conversion of the last 10 years is terrifying."

The Trib put this story on 1A, affording it a level of prominence you don't always see for such a wonky (but important) article. The Times went with Business section front coverage of the Charlotte junket.

But a shorter story the next day offered a more accurate picture of the sorry state of Tampa Bay: Maxim magazine named us the sixth-best party town in the nation, thanks to an overabundance of strip joints, bodice-baring parades and at-home beer swilling (5.41 cases per person annually, on average).

Nikki Pike is 29 years old, a world traveler, artist, builder and conservationist — and she can't wait to get the hell out of Tampa Bay.

Not that Pike takes any great pleasure in her desire to flee. It's just that this community doesn't offer her much of a future, either for work or for play, once she completes her master's degree from USF's Fine Arts program.

"I actually have an exit strategy for Tampa," Pike said. "In eight months, I'm out of here. I graduate."

Pike made this admission in front of about 200 people gathered to hear Portland economist Joe Cortright deliver his third wave of data about how Tampa Bay could be better than it is. Pike could have stepped straight out of the pages of his first study, "Young and Restless," which examined how poorly Tampa Bay is doing in attracting and keeping educated young professionals and creatives, especially college-educated women like Pike. She hopes that Tampa Bay will take Cortright's advice or at least learn from his three data studies and create a more vibrant, diverse economy with lots of job, housing and entertainment choices.

Her question to Cortright ("What can an individual do?") was a painful reminder of how much work remains to turn around the prevailing tide of mediocrity and complacency that seems to dominate much of the public discourse.

Cortright didn't have an answer. Only the people in this room can tell you that, he said. The composition of Cortright's audience was also alternately exciting and depressing: lots of people with cool ideas who are just below the ruling class but very few decision-makers who could take Cortright's ideas and turn them into reality. Two Hillsborough County Commissioners (Jim Norman and Ken Hagan) were there; John Dingfelder attended from Tampa City Council.

Cortright's report this time dealt with the "green dividend" that cities can realize by making environmentally friendly public decisions. Studies disprove the old saw that saving the environment is devastating to the local economy, he told the audience. By his calculations, Portland saves $2.6 billion a year through a combination of transit systems and land-use plans that promote more housing choices closer to jobs.

Using his same formula, Tampa Bay could inject a saved $1.8 billion into the local economy if it cut the average time commuters spend in cars each day from 28 miles to the national average of almost 25. That doesn't include the value of increased productivity or the value of something more important — happiness.

But Cortright added that the process of changing government and individual decisions isn't easy and can take decades. "There isn't a silver bullet out there," he said.

As if to remind us of the need for a silver bullet, transit opponent Jim Norman chimed in that Cortright was relating only the savings side of the equation. What about the cost of building rail and the decades of supporting it? Cortright didn't know those numbers for Tampa Bay but said in Portland, it was a no-brainer, that the annual savings far eclipsed the $1 billion or so that the rail system cost to build.

Pike got to see Tampa Bay's promise butt right up against its political realities. Times columnist Ernest Hooper reported that as Pike talked of leaving, "[a] low murmur of disapproval filled the room. Someone said under his breath, 'You're leaving? Good.'"

There's a whole lot more wrong with Tampa Bay than just its transportation system. It's up to us to change that.

Check my blog, thepoliticalwhore.com, for breaking political and media news or to leave a comment about this column.