The Danish star-chitect's firm is a finalist in the St. Pete Pier design competition.

1. What is BIG's design aesthetic? As designers of the built environment, we test the effects of scale and the balance of programmatic mixtures on the social, economical, and ecological outcome of a given site. Like a form of programmatic alchemy, we create architecture by mixing conventional ingredients such as living, leisure, recreation, working, infrastructure, and shopping to realize imaginative and responsible solutions. Our philosophy seeks to find the added value that can be brought to each project site. Our recipe of programmatic alchemy allows for the development of constructible and economical designs.

2. Which designs are you most known for? One that the citizens of Florida might have heard of would be our Danish Pavilion at the Shanghai World Expo 2010. Our main idea was to show [how a] sustainable city can increase the quality of life, the example we took was that in Copenhagen because we prioritize bicycles, 37% of all Copenhageners commute by bike, which means that you virtually have no traffic jams. So the joy of riding your bike replaces being stuck in a traffic jam or looking aimlessly for a parking spot.

Also in Copenhagen our harbour water downtown is so clean that people can swim in it. So the first project that we did was the Copenhagen Harbour Bath that basically extends public life into the water in the middle of the city. Also in Copenhagen our 8 House which was completed in late 2010 stacks all ingredients of a lively urban neighborhood into horizontal layers of typologies connected by a continuous promenade and cycling path up to the 10th floor creating a three-dimensional urban neighborhood where suburban life merges with the energy of a big city, where business and housing co-exist.

3. What is hedonistic sustainability? The general perception of sustainability is this idea of a moral code: How much of our existing quality of life are we prepared to sacrifice to afford being sustainable. It is the Protestant perception that it has to hurt to be good and that the sustainable life is less than the normal life.

But we are looking at how sustainable cities, or sustainable buildings, can increase the quality of life – to finds ways of designing cities and buildings as double ecosystems that are both ecologically but also economically profitable and where the outcome that doesn’t actually force people to alter their lifestyle to have a better conscience. They can live exactly the way they want, or even better, because the world and the city are designed in such a way, that they can actually do so. Essentially it is to approach the question of sustainability not as a moral dilemma but as a design challenge.

4. Which architects at your firm should we know about? Thomas Christoffersen is a Partner at BIG and began his collaboration with us in 2001 when PLOT was first formed. Thomas has worked on every notable project from the VM Houses to our most global developments, including the Presidential library in Kazakhstan, the Faroe Islands Education Centre as well as West 57 in New York. Daniel Kidd’s focus has been on master planning on a large scale, working on projects such as Audi Urban Future and the Loop City master plan. Most recently he worked on a mixed use complex along the High Line in New York.5. What is your vision for the Pier? For over 100 years and through various iterations, the Pier has been the symbol of St. Petersburg — the place where the community most visibly celebrates its unique history and geography as a sub-tropical waterfront city. Now the city has embarked upon an ambitious effort to create a new Pier for the 21st century, and, in so doing, to redefine what the Pier and the waterfront mean to the city. We stand behind the stated goals for an iconic Pier that will serve as a destination for both residents and visitors. Often a city’s waterfront is its front door, and in St. Petersburg this is especially true. People come from around the world to fish, sail, and swim in the local waters, while the Pier itself has for generations drawn locals and tourists to its attractions. The new Pier will provide novel ways to experience being over the water with spectacular 360 degree views of Tampa Bay and the city’s skyline.

6. If your design aesthetic were a recipe, what would the ingredients be? To quote the noodle-cooking father of Kung Fu Panda's title character, Po, "the secret ingredient of the secret ingredient soop – is: Nothing!” There is no secret recipe apart from what we say. In a way it is quite banal. I like the idea that the entire biosphere, including the human species, evolved by always adapting to changes in the environment. Warm weather meant losing the fur, climbing trees meant increasing dexterity in the extremities, moving to the savanna meant standing upright to scout and run etc. Life was continually modified to fit with the surroundings until we invented technology and with it architecture. Then we acquired the skills and the means to refurbish the surface of the planet to fit to the way we wanted to live. And that’s our basic job, to constantly look at how people live and what they do and then to check if our cities and buildings actually accommodate that. And if they don’t it is our job to make sure they do.

7. What are your strengths? The project requires awareness of and sensitivity to the unique history, culture, and climate of St. Petersburg. It calls for creative questioning and exploration of bold ideas. In response, we have assembled a tight but highly diverse team that blends local and international talent, visionary thinking, and technical expertise. Our team is grounded in the proven ability to rethink, reshape, and reconnect cities. As a group we are known for our ability to think and work collaboratively, for challenging ourselves in search of innovative ideas that respond to pragmatic conditions, and for getting things built.

8. Mantra for life/design? What if sustainability actually becomes a way of increasing life quality? 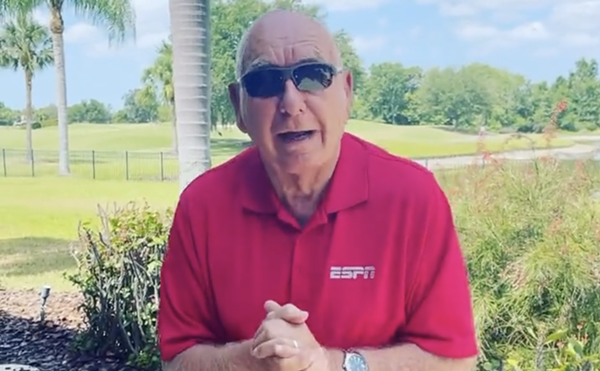 Surely, Kyrsten Sinema knows the filibuster originated as a defender of white supremacy