Hillsborough School Board candidates speaking at Tampa Tiger Bay include an anti-CRT, anti-vaxxer

Five of eight candidates agreed to speak to the nonpartisan political forum.

On Friday, June 17, Tampa Tiger Bay Club will host five Hillsborough County School Board candidates who are up for election in August. One is deeply involved in a local anti-vaccine group and has spoken several times against Florida schools teaching "critical race theory" (CRT).

Alysha "Aly Marie" Legge, candidate for District 6—a countywide seat—says on her campaign website that she is the founder of Moms For Freedom (MFF), which touts itself as a group that seeks to, "ensure our children grow up in a world where their individual freedoms are protected."

Over the past couple of years, MFF has been vocal at Hillsborough County School Board meetings, speaking against vaccines and COVID -19 precautions at schools. MFF has hosted several fundraisers for Legge during her race, including one at the Mermaid Tavern, when the Seminole Heights restaurant and bar donated 20% of food item sales to her campaign.

Legge has publicly claimed that parents might be lying about their children having COVID as cases spiked last Summer. 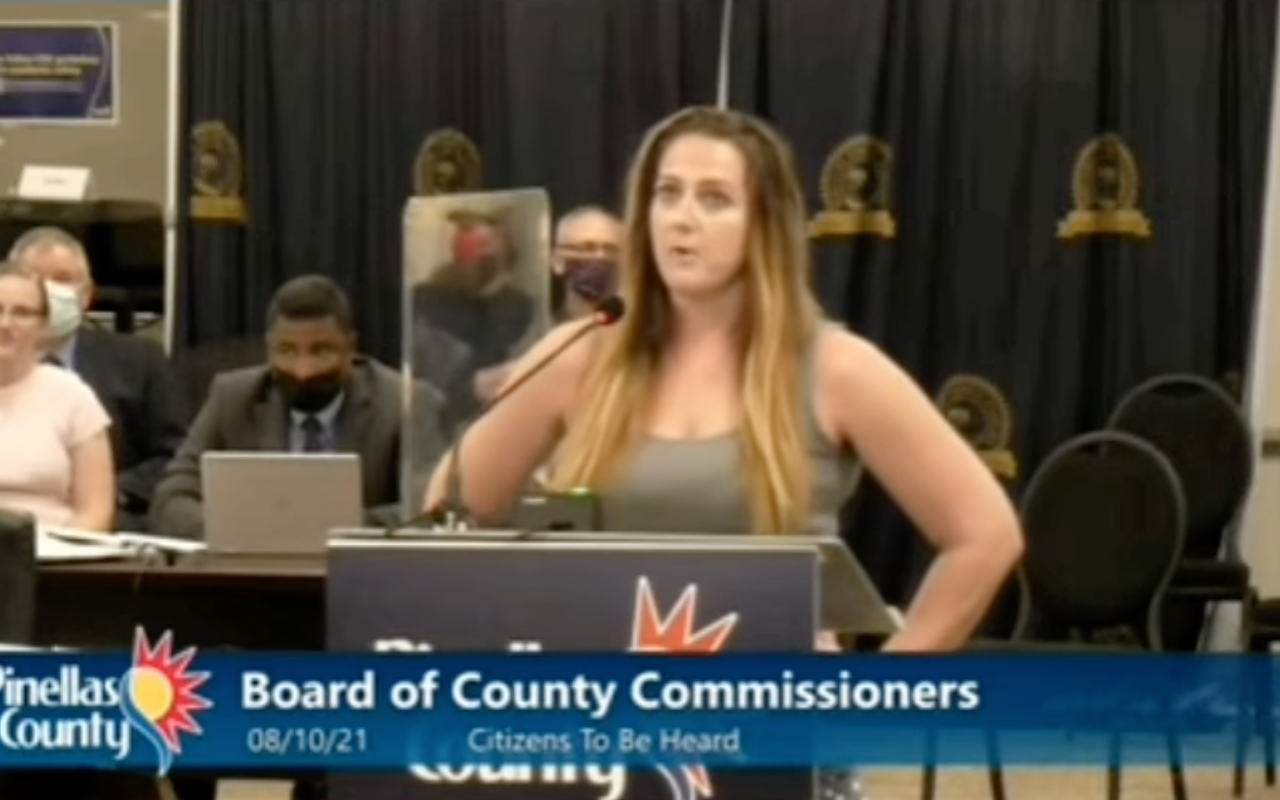 More than one million people in the United States have died of COVID-19, with the numbers still climbing, and child hospitalizations soaring earlier this year.

Legge also has several videos on her website that show her speaking against CRT, which is a way of understanding how  racism in America has shaped the country's history and public policy.

"I'm here to tell you as a woman of color, and most importantly, as an American, that we do not need anyone telling us or our children how oppressed they think we are," she said at a January 2022 rally.

In recent years, right wing groups have sought to influence school boards and other local offices. According to the Washington Post, that effort was stepped up after the Jan. 6 attack on the U.S. Capitol in 2021, which left much of the militant right under federal scrutiny and in operational disarray.

The candidates that come out of this movement often focus on vaccinations and the teaching of CRT in schools.

Legge is known for speaking at an anti-CRT rally alongside Gov. Ron DeSantis—who signed an anti-CRT bill into law in April. She claimed that that teaching about such history would, "take a box of lit matches to the Civil Rights Act of 1964 and our first and 14th amendments."

She suggested that teaching about CRT could somehow recreate history, even though there's no evidence that it was ever taught in public schools, only in universities.

Meanwhile, segregation ended on paper in 1964, and there are still plenty of people alive who experienced it. The anti-CRT movement makes it harder to teach those experiences in schools.

In fact, DeSantis has gone so far as to ban math books that his administration claimed taught CRT.

Legge also appealed to people's fears in one speech claiming that teaching CRT, "sets the stage for a new age Civil War." It was actually right-wing Trump Supporters who most recently came close to enacting civil war in America on January, 6, 2021. But Legge did not mention that.

Creative Loafing Tampa Bay sent an email to Legge's communication team to see if she still stands by these beliefs as of today, but she has not responded. We'll update this post if she does.

The other school board candidates who will appear at the forum seem to have less inflammatory political stances.

Damaris Allen, running for District 2, says she wants to establish a model called "ECHO" to bring Engagement, Community, Hope and Opportunity to students.

Hunter Gambrell, District 4, wants to prioritize a "world class" education in the county and prioritize workforce education and pay inequities throughout the district.

Roshaun Gendrett, District 6, has a long history in the education system, and wants to continue his efforts to reach through to underserved communities, while putting his experience to work.

Karen Perez, District 6, wants to hold the Hillsborough County Schools administration accountable for its mistakes and work diligently to make sure that the county's resources end up in the classroom.

The President of Tiger Bay Club, which is a non-partisan political forum, told CL that all school board candidates were invited and that these candidates—five out of the eight on the ballot—were the only ones who've chosen to show up so far.