“They’ve decided to declare war on our community again.” 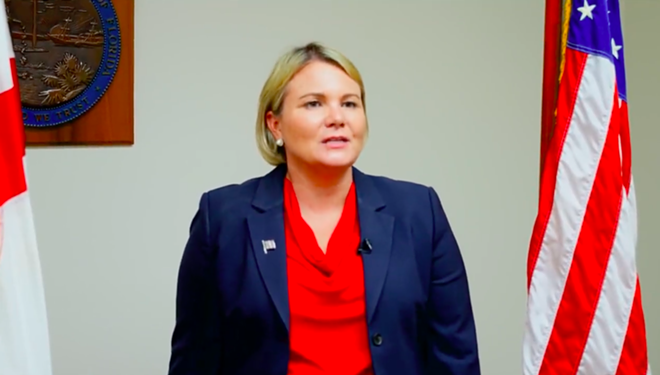 Screengrab via sao13th/Twitter
Susan Lopez
Local Black leaders are speaking out after the newly-appointed Hillsborough State Attorney repealed a policy that was meant to help protect Black bicyclists and pedestrians from being targeted for certain charges.

Yesterday, Hillsborough State Attorney for District 13 Susan Lopez—who was appointed last week by DeSantis after he suspended Andrew Warren from office—reversed a policy that was intended to help prevent the disproportionate arrest of Black people in Tampa.

Local news station WTVT shared a copy of the memo, which read, "effective immediately, any policy my predecessor put in place that called for presumptive non-enforcement of the laws of Florida is immediately rescinded. This includes the bike stop and pedestrian stop policy.” 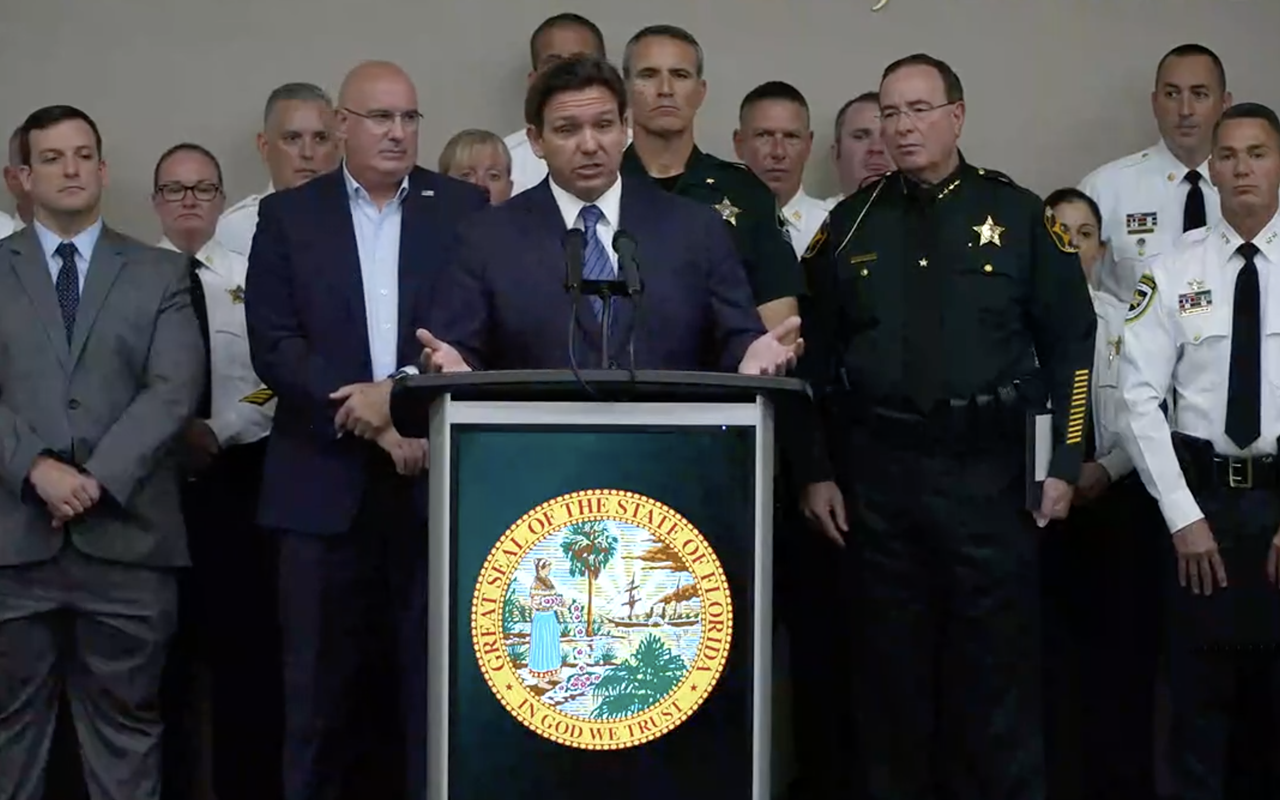 In January, Warren told law enforcement via a memo that his office would not prosecute bicyclists and pedestrians whose only charges are that they resisted an officer without violence.

The decision came after Warren’s office had found that more than 70% of “resisting without violence” cases in Hillsborough that occured after a pedestrian or bike stop involved Black defendants. Warren also held meetings to discuss his findings with TPD before implementing the policy.

Warren made it clear in his memo that bicycle stops could still be important, but mainly if there is a belief that the bicyclist or pedestrian is a threat to public safety.

A Federal U.S. Department of Justice investigation, which was called for by then-Mayor Bob Buckhorn, also found that “Biking while Black” didn’t do anything to reduce crime and “burdened” Black bicyclists.

But Lopez dismissed Warren’s attempt to reform the flawed policing tactic, despite the DOJ’s findings and outcry from the community.

Black activists in Tampa worry that Lopez’ decision is a dangerous reversal of much needed reform.

She says that Lopez and DeSantis don’t want to rectify the egregious harm that was done to the Black community, and that federal action may need to be taken, because to her, it seems like Lopez wants to create a scenario for “Biking While Black” to repeat itself.

“They’ve decided to declare war on our community again,” she said.

Burton added that if the City of Tampa and TPD wanted to prevent this, they would take a stand against the SAO13 decision.

But the city instead gave a vague response that didn’t address the SAO13 decision.

“The Tampa Police Department is focused on public safety, including the enforcement of traffic laws,” TPD and the city’s communications team shared in an email. “We are equally committed to transparency in our enforcement efforts, using updated technology to make data readily available to our community and provide insight into the work we are doing.”

The city went on to say that traffic stop enforcement conducted by the Tampa Police Department can be viewed, at any time, through the city’s Transparency Portal.

The city also said it will use Community Forums, neighborhood engagement, and the recommendations of the Citizen's Review Board, to, “ensure the highest level of transparency and accountability that all residents should expect from their public servants.”

But this response doesn’t do enough to address the SAO13 decision says Yvette Lewis, President of the Hillsborough NAACP.

“The police and the city are not speaking out against Lopez’ decision, because they believe in it,” Lewis told CL.

TPD Chief Mary O’Connor oversaw “Biking While Black” along with Mayor Jane Castor, a former police chief who appointed O’Connor to office amidst controversy. They also both oversaw the city’s controversial “crime free multi-housing” program, which targeted Black renters for eviction and is currently under federal investigation. The city kept that investigation a secret for six months. Tampa’s ‘crime-free’ housing program is under federal investigation, but the city is still defending it: DOJ is looking into crime-free, which has been reworked and rebranded under a new moniker, ‘SAFE'

Neither of them have apologized for the program, and Castor has publicly defended both. That is until she was running for mayor and amid community outcry admitted that the tickets were “wrong,” but did not offer a formal apology.

“TPD should come out and say that this is wrong, but they’re not going to say it,” Lewis said. “And the mayor should say it’s wrong, but she’s not going to do it, and she’s never apologized for anything she did to the Black community while at TPD. The silence is incredible.”

Robin Lockett, Regional Director of Florida Rising, a group that pushes for housing and racial justice in Florida, said that while the SAO13 decision is shameful, she still thinks the city can take a stand to prevent a repetition of the past.

“I look forward to a statement from Chief O'Connor reassuring the community that this will not affect the policy that they've put in place because they recognized the harm that ‘Biking while Black’ caused in the Black community,” Lockett wrote in an email. “The repealing of this policy will not be effective if the police choose not to arrest bicyclists for these charges.”

Andrew Warren, who was suspended by DeSantis because of a recent pair of declarations saying he would not prosecute certain crimes involving abortions or gender-affirming healthcare, also weighed in with a statement, saying his policies were based on the wants of the community.

“Outrage here is understandable,” Warren wrote in an email. “Everybody should be outraged, and not just the people who voted for me—this should anger anyone who cares about democracy and the governor’s abuse of power to overturn elections. My policies were put in place with considerable community input, and they’re working. These politically motivated changes are disgraceful.”

After this story was published, Lopez responded to a request for comment.

“Rescinding my predecessor’s policies where he unilaterally determined, without reviewing even a single fact in a case, that he would not prosecute was an important step to getting this agency back to basics," Lopez wrote in an email. "We will evaluate every case law enforcement sends us and make a decision about whether to prosecute. Some cases will go forward. Some will not. This agency is no longer in the business of substituting it’s judgment for that of the legislature or law enforcement officers.”