How the G-vibe made me a gangster of love

funtoys.info
How the G-vibe made me a gangster of love
click to enlarge

funtoys.info
How the G-vibe made me a gangster of love

The G-vibe looks like it could fuck some shit up. Even its soft, floral colored, silicone skin isn’t enough to sugarcoat its seemingly nefarious purpose. It looks like an electric squid intent on battling creatures lurking in the dark depths of human sexuality.

For those of you who don’t dabble in the nuances of female disgust, the translation of this statement was something like, “If that mother fucker puts that thing anywhere near my butt I'll sucker punch him straight in his brown eye."

This was not my intention. Getting an invite into the butt often requires months, if not years, of oral arguments, a combination of passwords involving love, a background check, medical screening, and enough lube to grease a greater ape. 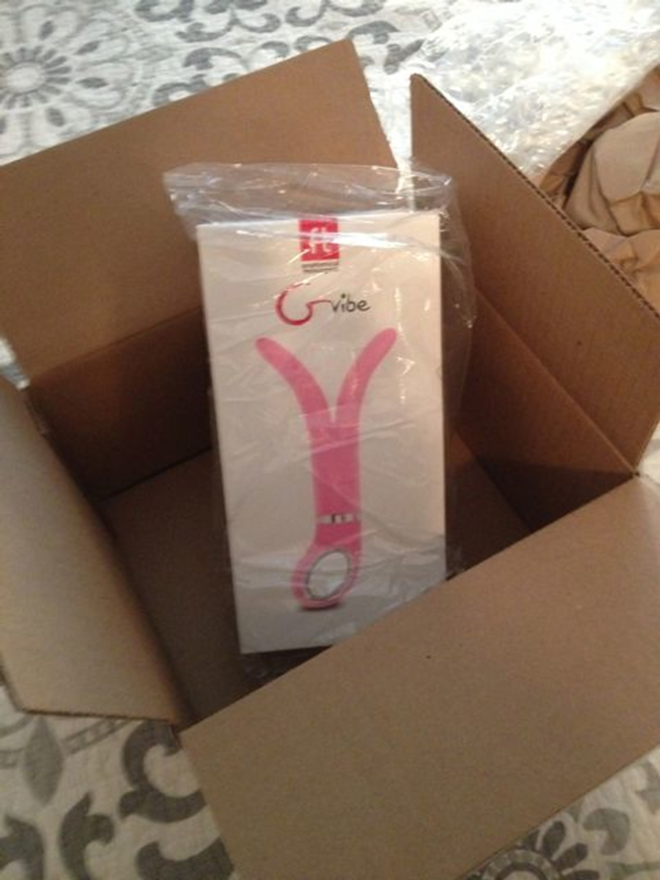 We experimented with the toy superficially, pressing one of the vibrating ends against her pleasure button. The sensation electrified her. She couldn't just lie back and remain a passive participant. Oral sex ensued. I turned up the power. The intensity was such that it compromised Robin's lingual abilities. She drifted in and out of conscious thought while the vibrator buzzed like a helicopter airlifting her to pleasure town. She reclined on the bed in a more receptive position. I inserted one of the toy's vibrating prongs while the other pressed against her clitoris. She was trying to hold back, to prolong the rising feeling. I increased the intensity again. Her orgasm overwhelmed her defenses.

“I really, really like this toy," Robin uttered from her post-orgasmic stupor.

Keep in mind this is the same thing she says about me, that she really, really likes me, which is a pretty serious compliment considering how freaking lovable I am.

FUNTOYS.INFO
How the G-vibe made me a gangster of love

With some experimenting we discovered a position not listed on the owner's manual because we’re fucking sexual renegades. The bifurcated end rested between our union, forking over my divining rod. The vibrations tickled my fancy slightly, but they also made her anticipate each thrust. She began pushing into me with the voraciousness of a honey badger molesting a beehive.

After her second orgasm I became a kind of backseat driver. I wrapped my arms around Robin and held the toy in position as if teaching her how to shoot a mean game of pocket pool. This limited my own thrusting potential. However, the G-vibe's intensity was such that she kept reaching back to grab my ass, both to pull me into her and for something exceedingly firm to grip during Mr. Toad's Wild Ride.

Her third orgasm came like a TKO. She crashed face first into the bed. The hum of the G-vibe mixed with the sound of her heavy breaths. She lay as though recovering from a massage, unable to move, to shake off the residual buzz of ecstasy pulsing through her.

She shook her head, wondering what kind of cockpit could receive that much electric juice and not short-circuit.

For Robin, the G-vibe was far superior to her rabbit. In particular, she liked the soft, silicone coating and how pliant the vibrating tips were. Like most women who purchased a rabbit after it appeared on Sex & The City, Robin did not use the toy's shaft for insertion. It was too stiff and uncomfortable. She, and I suspect most women who mistakenly purchased rabbits, simply turned the toy upside down, and held the vibrating appendage against her clit. While this got the job done, the vibration was not as intense, and the rabbit was way too bulky for partner play.