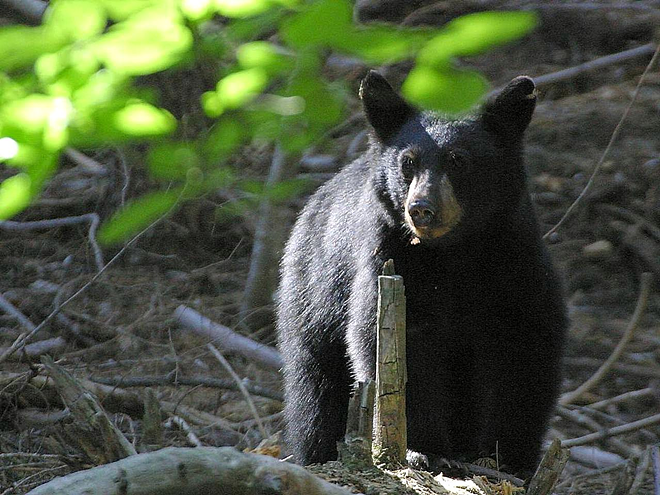 Wikimedia Commons
Barely a week after the Florida Fish and Wildlife Conservation Commission voted to postpone talk of another Florida black bear hunt for another couple of years, officials say the body of a female Florida black bear was found in a preserve in Sanford.

Officials believe the animal, which they estimate was six or seven years old at her time of death, may have been dragged into Sanford's Bookertown Park after she died.

Bookertown Park sits less than a mile southeast of a Seminole County black bear wilderness area and almost directly west of I-4.

The Humane Society of the United States is offering up to $5,000 in reward money for information to help law enforcement officials find the killer.

“It’s disturbing that someone would just shoot a bear and leave her body in a park,” said Kate MacFall, Florida State Director for The Humane Society of the United States, in a media release. “Our native bears face enough challenges already without someone going around and randomly killing them.”

The Humane Society's standard reward amount is $2,500, but in this case an HSUS board member donated another $2,500 to further incentivize someone with details about the crime to come forward.

It is illegal for citizens to intentionally kill black bears in Florida, though Fish and Wildlife occasionally will put down bears they consider to be a nuisance.

In 2015, the Fish and Wildlife Commission approved bringing back a brief bear hunt after it was suspended 20 years prior to regrow the bear population. In October of 2015, hunters shot more than 300 bears, which led officials to end the hunt after just two days of the its allotted seven-day period.

In both 2016 and this year, talk of allowing citizens to shoot and kill bears was postponed.