Immunologist and physician to the so-called Bubble Boy. 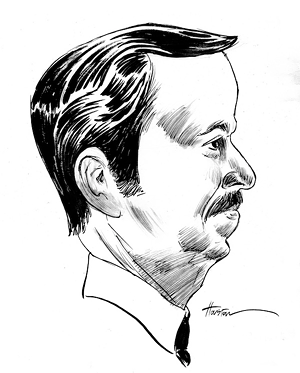 Immunologist and physician to the so-called Bubble Boy

It was 1979 when Dr. William Shearer first met 7-year-old David Vetter, the Texas boy who was born without an immune system and lived in a series of NASA-designed plastic bubbles.

Theirs would be a brief relationship; David died in 1984 at age 12 after an unsuccessful bone marrow transplant in an attempt to cure him of his severe combined immunodeficiency. Despite its brevity, though, it would have a lasting legacy.

“He was like his father at the hospital, another dad,” David’s father told the New York Times. “They had a real strong rapport, and David loved him.”

Born in Detroit in 1937, Shearer earned a bachelor’s degree in chemistry from University of Detroit and a Ph.D. in biochemistry from Wayne State University, and graduated from the Washington University School of Medicine in 1970. He later served pediatrics and immunology residencies in St. Louis before moving to Baylor College of Medicine and Texas Children’s Hospital, where he treated David.

Under Shearer’s care, the case of David — a handsome boy who loved Star Wars and the Texas Oilers — captivated audiences around the world, with Shearer serving as its face. While Shearer often remarked upon David’s resilience, observing David’s despair at living in isolation caused him to debate the ethics of keeping the boy trapped in his plastic cage. At one point, he suggested removing David from the bubble and trying other treatment methods, but David’s parents pushed for keeping him in until a suitable bone marrow donor could be found.

In 1984, Shearer performed the long-awaited procedure. It didn’t work, and David soon became sick. He lived his final 15 days outside of his bubble in a hospital room, where his mother kissed him for the first time.

Shearer's story with David wasn’t over: With samples of David’s blood, he determined that David died from an infection from the Epstein-Barr virus, and later identified a gene that causes immune deficiencies. Thanks in part to Shearer’s research, children with immune diseases are now able to live without plastic bubbles, and today more than 90 percent can be successfully treated with bone marrow and stem cell transplants.

After David’s death, Shearer founded the David Center at Texas Children’s, a wing focused on treatment of immune diseases named in honor of his former patient and friend. He later focused his research on HIV and AIDS, participating in studies that led to the treatment and prevention of HIV and AIDS in children.

“People often ask what’s the measure of someone’s life, but very few people stood as tall as David,” Dr. Shearer told the Houston Chronicle in 2009. “More than any scientist, he taught us by his life.” —Lee DeVito