We are getting electoral vertigo here. 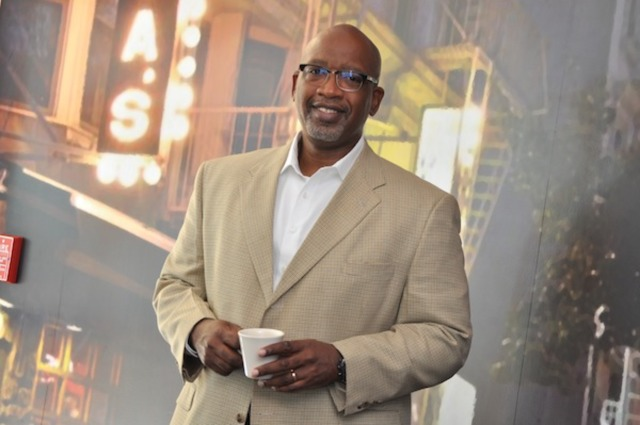 Whenever there's an open seat in an area that includes Ken Welch's south St. Petersburg home, you better believe the Pinellas County Commissioner's name comes up.

So it's natural that he'd be near the top of the list of potential candidates to replace St. Petersburg Mayor Rick Kriseman when he terms out in 2021.

"It's never been a secret," Welch said, the Tampa Bay Times' Mark Puente reported. "I'm strongly considering it. More strongly than ever before."

He added that he was focused on his current job and was merely answering a question an attendee had posed. In other words, it was far from a formal announcement, and such news would be way off.

Welch headlined the event alongside Hillsborough County Commissioner Sandy Murman, and the discussion was largely focused on cooperation between Hillsborough and Pinellas. It's been a hot topic of late, given the Tampa Bay Rays' probable move to Ybor City.

A lot can happen between now and then.

After all, it was well under three years ago one Donald J. Trump announced his bid for the presidency. Politics — locally and nationally — have since been whiplash-inducing.

Any prospective candidate for the 2021 mayor's race would be wise to look to the twists and turns of the 2020 election cycle to deduce public sentiment before announcing — and that's not something one needs to tell someone like Welch.

First elected to the commission in 2000, Welch has been a key voice for Democrats on the board. He's low-key, wonkish and uncontroversial.

It's not the first time he's been on the mayoral candidate speculation list. His name had been floated in some circles ahead of the 2009 and 2013 mayoral elections, but he opted to stay on the commission.

Barring any earth-shattering changes to St. Petersburg's demographics or its zeitgeist, he'd probably do well here. He's a relatively progressive Democrat who happens to be African-American in a city where the African-American vote is key. Not that residents of predominantly-black south St. Pete haven't helped swing an election in favor of a Republican — they sure as hell did for Rick Baker and Bill Foster.

But Welch is well-liked and has the name recognition, the record, the cred, etc. to be the mayoral heir apparent — not that he'd be the type to Hillary Clinton this thing.

And again, anything can happen in the next two or three years. Seriously, aaaaaanything.