“Would you mind making sure my stockings are even?” Kendra Lust asked with a smirk as she turned around and bent over in front of me.

I took a knee to inspect the stockings sliding up her muscular legs to her powerhouse of an ass. Her leggings were even but I still made a few minor adjustments to extend my time basking in the radiance of her butt. Considering that this exchange occurred within moments of our meeting, I couldn’t help but wonder if her overt flirtatiousness was a theatrical performance, or if she really was as sexual as she acted.

We were in a mansion on the set of Tanya Tate’s latest project for Filly Films, "Lesbian Family Affairs 2." While I compulsively ate carrot sticks Lust prepared to take still photos for the box cover. She slid out of her dress and lathered her perfectly sculpted breasts with strawberry scented lotion.

“This lotion smells sooo good,” she said as though she was on the brink of an olfactory orgasm.

“Is it edible?” I asked, grinning.

Lust didn’t use the question as an excuse to invite me to lick her chest. Instead she warned me against dipping my carrot sticks in her lotion.

She then performed a stop-motion strip tease in the mansion’s foyer while the cameraman lay on the floor, searching for an angle that captured the full magnitude of Lust’s ass. He fed her far less instructions than he did with the younger models. Instead he simply muttered, “Oh yes you sexy bitch. Oh yes.”

Lust’s sexual superpowers fed off the cameraman’s complements. Between poses she squeezed her tits and rubbed her pussy, as if fueling the flame of her arousal for cinematic effect.

“I love Michigan,” she said. “That’s where my heart is. I love being surrounded by water. The four seasons. I have a bonfire pit outside my house so in the fall I can roast marshmallows and have people over. I grew up with that. It’s what I know.”

Lust also grew up with an overactive curiosity in sex, which led her to experiment with girls on her basketball team. At 16 she used her athletic body and her 34D breasts to illegally compete in an amateur strip contest; she was raising money to pay for a spring break trip to Myrtle Beach. Her preoccupation with sex didn’t seem to hamper her grades or her popularity. She was an honor student and the homecoming queen.

In college Lust stripped for a year and a half to pay tuition. After graduation she worked as a registered nurse for the better part of a decade. While she loved the profession, and is currently pursing a master’s in nursing, the career stifled her sexuality in the same way her baggy scrubs concealed her heart-stopping curves. Missing the excitement of stripping, Lust began to dabble in webcamming. After a few months of solo work, she shot her first hardcore scene with another woman in March of 2012. Girl-girl sex didn’t quite provide the sexual sparks she was looking for, so she quickly transitioned to shooting with men.

“My dirty talk just comes natural,” Lust said. “I don’t plan it out too much. I don’t want it to sound rehearsed.”

While she has often played a stepmother, this was her first role as a biological mother. I asked if she thought fans would believe Ariana Grand and Whitney Westgate were actually her daughters.

“Those who want it to be real, will believe it’s real,” she said. “It’s like professional wrestling. Some people really believe it’s real and others know it’s staged. Either way it’s still entertaining.”

We briefly debated the Freudian theories behind what triggers incestuous fetishes.

“I don’t really know,” Lust eventually said. “Sometimes I don’t think there is an explanation. You just know it feeds a desire for some people.”

I asked if being exposed to so many fetishes had altered her understanding of sexuality.

Tanya Tate called Lust into the living room with Westgate and Grand to prepare their scene. Lust lounged on the couch in just her heels, stockings, and underwear. As they talked through the sex scene, Lust fondled her massive tits.

Tate and Lust’s dirty minds went to work thinking up ways to incorporate as many fetishes as possible.

“Is anyone okay with sniffing armpits?” Tate asked.

“We also have fans who like to see belly buttons played with,” Tate said.

“What about panty sniffing?” Tate asked.

Tate reminded the performers to talk about the mother-daughter relationship as much as possible during the scene.

“The stranger it sounds,” Tate said, “the more the fans will like it.”

The performers laughed about how into the role Lust was getting.

“I have to pretend I’m into the mommy-daughter thing,” Lust said. “I have to go to my dirty place to get into the scene.”

The group moved to an upstairs bedroom. Westgate and Grand ran lines while Lust lay on the floor taking selfies for fans. In order to achieve the perfect promiscuous expression, she instinctively spread her legs and played with herself. It was as though she couldn’t fake arousal, or at least she saw no point in pretending to be turned on when it was just as easy to actually be turned on.

The cameras began to roll. Lust entered the bedroom to discover her two “daughters” comparing breast sizes. She inserted herself into the center of the action, showing her girls how to properly check for breast cancer. She went on to provide Westgate and Grand a comprehensive tutorial on how every woman’s body looks, feels, smells, and tastes different. Even when the camera stopped rolling, Lust was still playing with herself.

“Well I hope you girls learned something today,” Lust said to her costars, though it wasn’t entirely clear if she was still in character. 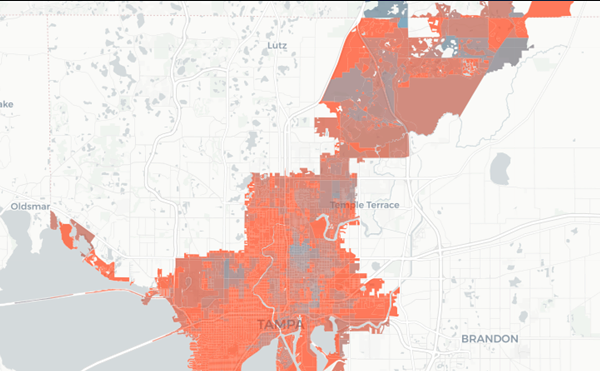