Landlords at Tampa's Holly Court Apartments say tenants can stay, but wouldn't confirm if they've made a legally binding agreement

The property management company also said that CL's reporting caused employees to receive threats, then walked that claim back. 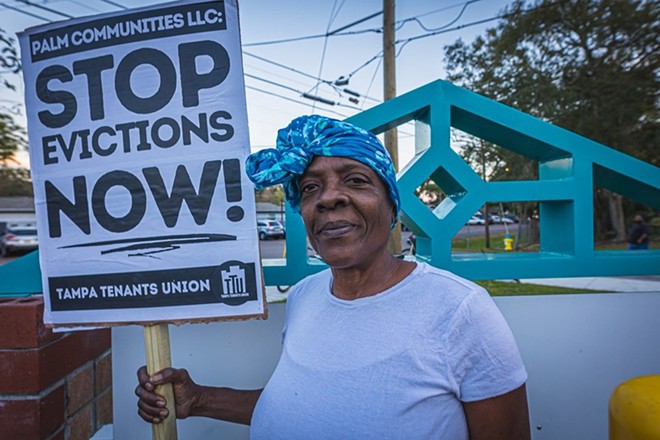 Dave Decker
A tenant at Holly Court holds a sign during a protest.


After serving several tenants eviction notices on New Year's Eve, Palm Communities LLC now says that they can stay. The company also says it plans on continuing to fix the drinking water problem on the property, after it was reported that the tenant water was full of sand. However, the property management team did not confirm that anything has been secured in writing between the landlords and tenants.

In a letter sent to Creative Loafing Tampa Bay, Palm Communities said it was hired in November 2021 to manage Holly Court Apartments and has spent over $60,000 on making improvements, including working on the water problem. And now, they're saying residents can stay. They company had originally served several residents with notices saying they'd have to vacate the property by Jan. 31.


"With the generous partnership of the University Area Community Development Corporation, all residents whose [lease] non-renewals expired have been offered temporary housing, and we have offered for them to return to the property at their original contract rental rates once the tap water connection is complete," Palm communities wrote. 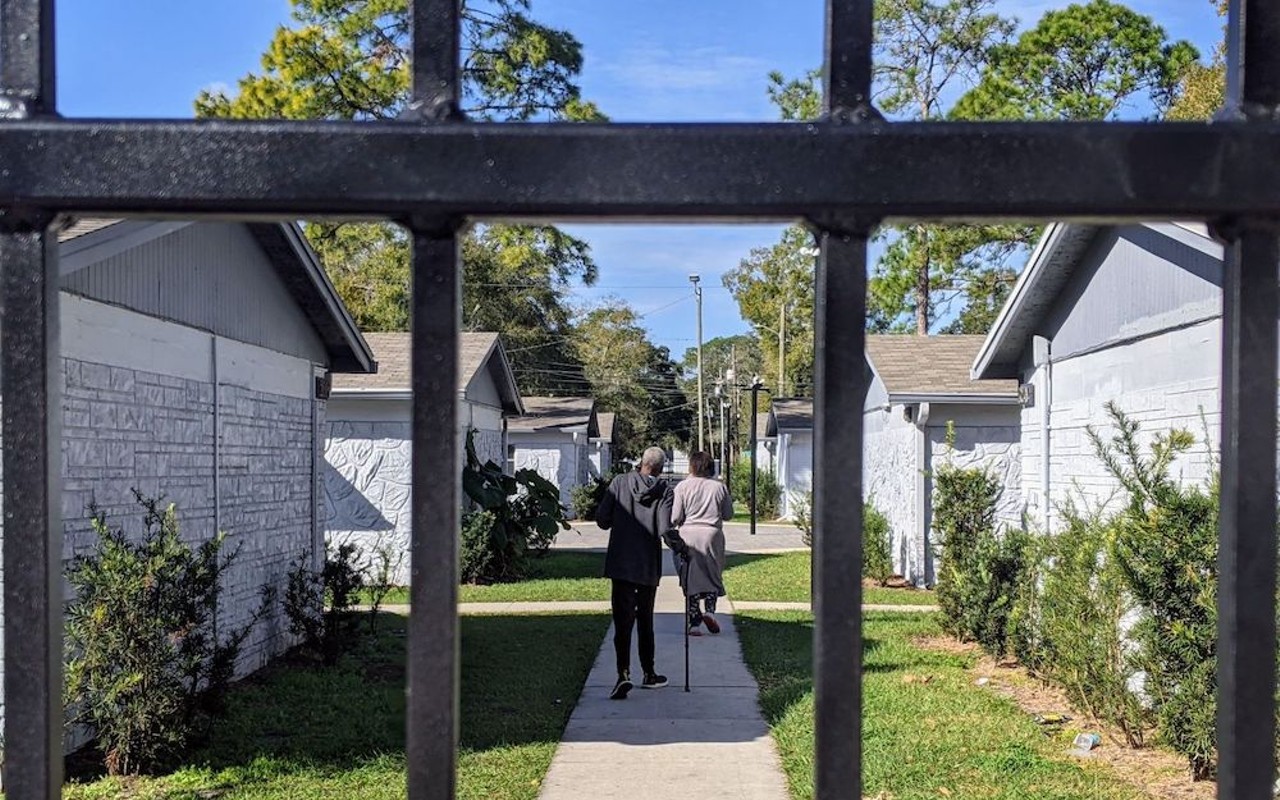 But to the question of whether or not any of this was in writing between the tenants and management, Palm Communities said, "we cannot comment on further questions." The University Area Community Development Corporation also hasn't responded to a request for comment yet.


Palm Communities also did not answer the question of if the tenants paid rent while living with sand in their water during the month of December, but several residents have confirmed to CL that this was the case.

"We believe that Palm Communities originally had every intention of evicting tenants from the property," said Bratton Young of the Tampa Tenants Union (TTU), who helped organize with the tenants on the property. "This is because of the courage of the tenants banding together to fight eviction. It's an enormous victory."

In regards to the company not responding to questions about whether or not the deal was in writing Bratton Young said, "We consider their statement legally binding."

When asked for a name behind the statement, Palm Communities said that they didn't want to offer that because, “3 of our staff have received threats by phone from members of the public who read your coverage." The company said the threats  mentioned the property managers' getting thrown out of their comfy houses and other menacing calls, but none of which mentioned explicit violence.

When CL asked if the callers identified our particular coverage as the reason they were receiving the calls, Palm Communities walked back their previous statement, saying, "No they did not specifically mention Creative Loafing."


"While it has been reported that we issued 'dozens of eviction notices,' we gave 7 Notices of Non-Renewal to apartments with expired leases, and offered twice the time that State of Florida requires," the company continued in their letter.

But when asked if the company was saying that more than seven people didn't receive the documented notice that they needed to leave the property by the end of January, the company said they didn't want to respond to that.

"In our 3 month tenure, over $60,000 has been spent in improvements, repairs, and twice-weekly ground trash cleanups," Palm Communities wrote. "The property is served by 2 wells, which are serviced twice weekly by a licensed water treatment company. In December, residents served by the north well reported a drop in their water pressure. We immediately dispatched a licensed well repair company, who reported finding sand in the pumped water."

Palm Communities says that two maintenance technicians and four licensed plumbers were sent to work on the water problem in December.

"Though the water treatment company has certified the water drinkable — and no residents have reported sand in their water to us since then — we are taking extra precautions & connecting the apartments to City of Tampa tap water lines, " Palm Communities wrote. "The connection process has been graciously and professionally expedited by Hillsborough County and City of Tampa."

"We also waived rent charges and have not enforced the non-renewal notices even though the term has expired," the company continued. "We are a proud supporter of Fair Housing and Equal Opportunity, and serve a diverse tenant and vendor base across Tampa Bay. We continue to provide the Tampa Bay community with affordable, clean housing."

Aside from the drinking water issue, tenants were also living with black mold and other dangers inside their houses, as CL photographer Dave Decker discovered. 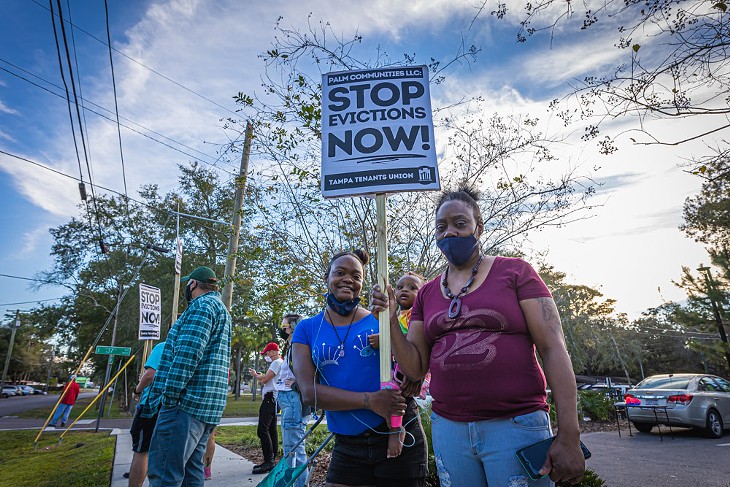 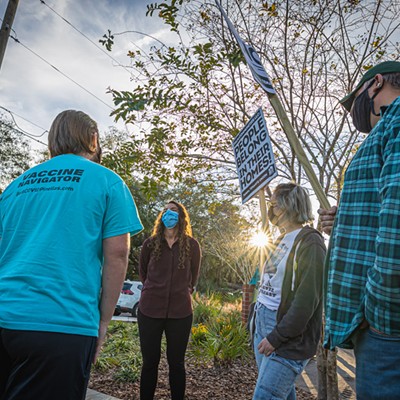 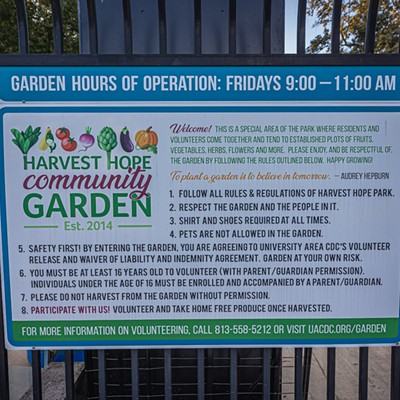 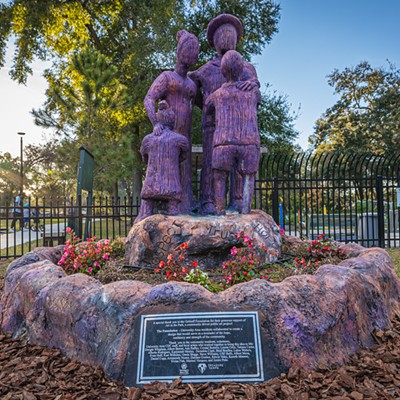 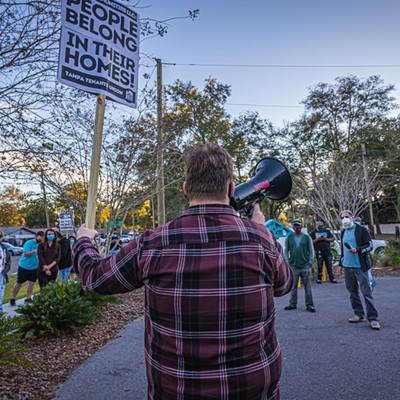 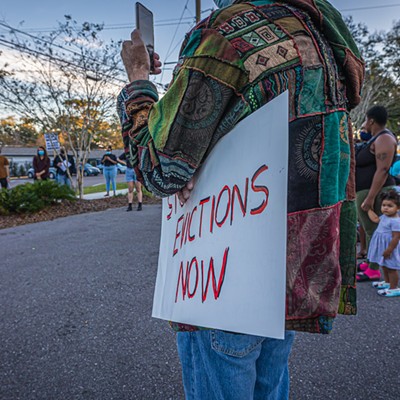