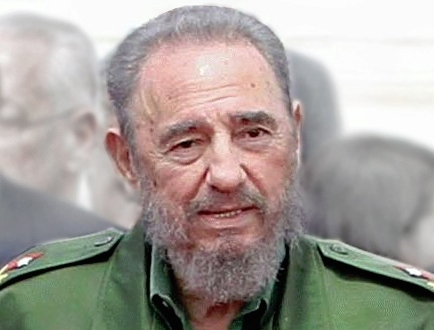 Former Cuban president and Cold War vestige Fidel Castro died at 90 years old Friday. Even as all agreed he was a rather murderous fellow — the former despot apparently didn't think it was possible to pull off the whole socialism thing without jailing and killing his critics or suppressing free speech — reactions to the implications of his death ran the gamut.

Here in Florida, those reactions depend largely on geography, familial ties to the island nation and political aspirations.

While much (but certainly not all) of Tampa's large Cuban population is generations removed from the brutality that drove so many Cubans to seek refuge on Florida's shores, many Cuban-Americans in South Florida are still angry, and took to the streets Friday night to celebrate.

Castro has not been in office for nearly a decade; his brother Raul officially took over for him in 2008 as health problems began to inhibit Castro's ability to govern.

Two years ago, the Obama Administration began to engage with Cuba in an effort to restore diplomatic and economic ties. That has resulted in increased travel between the two countries (including direct flights between Tampa and Havana via major airlines) as well as speculation over Tampa or St. Pete becoming home to a Cuban consulate.

Donald Trump's presidential win earlier this month is likely to freeze any progress.

Trump's transition team issued a statement Saturday expressing hope that the passing of a "brutal dictator" is a chance to move toward a "free" Cuba and promising to help the Cuban people find "prosperity and liberty."

"While Cuba remains a totalitarian island, it is my hope that today marks a move away from the horrors endured for too long, and toward a future in which the wonderful Cuban people finally live in the freedom they so richly deserve," the statement read.

Trump's campaign likely benefited from Cuban-Americans in South Florida who were angry over the Democrats' move away from Cold War norms.

Closer to home, Tampa-area Congresswoman Kathy Castor, a Democrat, said she's concerned that a Trump administration could reverse all of the progress that's been made in the past two years.

“Cuban families and small business owners are eager to accelerate economic and human rights reforms and America must continue to support them, especially Tampa Bay area community leaders who have been at the forefront of progress and change," she said in a written statement. “With the election of Donald Trump, hardliners opposed to diplomatic relations and engagement with everyday Cubans have urged an end to new flights, travel, and cooperative efforts. Slamming the door shut at this point in time would be disastrous. Instead, Fidel Castro's death should encourage all of us to meet the challenge of better diplomatic relations, economic opportunities for Cubans and Americans, expanded travel, and support for the dignity of the Cuban people.”

Tampa Mayor Bob Buckhorn, a prospective Democratic gubernatorial candidate who has been reluctant to publicly support strengthening ties to the country, made no mention of the positive developments between the two countries, but expressed solidarity with the Cuban-Americans who did settle in Tampa after fleeing Castro.

"As one of the birthplaces of Cuban independence in the late 1800's, Tampa has a long and storied history with the island of Cuba and its people. Generations of Cubans have helped to build this amazing city and we are forever grateful for their contributions. Many arrived in our City fleeing the totalitarian policies of the Castro government with nothing more than the shirts on their backs and a yearning for freedom. They have never strayed from the belief that one day Cuba would again be free. The passing of Fidel Castro offers hope that one day the Cuban people will enjoy the benefits of a free and democratic society."