He had it his way. 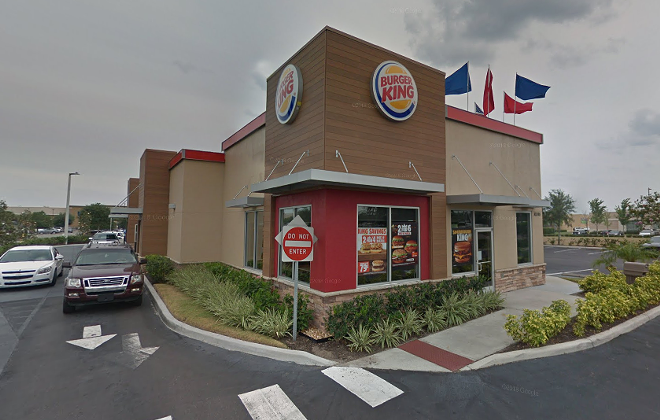 Hillsborough law enforcement authorities have issued an arrest warrant for a 53-year-old man who they say was caught on surveillance video breaking into a Ruskin Burger King by forcing his way through the drive-thru window.

According to Spectrum Bay News 9, the man was captured on video busting into the BK on Big Bend Road during the wee hours of Saturday morning. Once inside the restaurant, the alleged burglar further forced his way into an office, eventually making off though a back door with more than $2,500 in cash.

Why a Burger King had more than $2,500 laying around in an office is anybody's guess (or maybe the dude's a safecracker), but the Hillsborough County Sheriff's Office has stated that the suspect is seen regularly in the Brandon area, and that anyone can leave tips anonymously at Crimestoppers Tampa Bay.