Man running against Rick Kriseman was once banned from a KFC 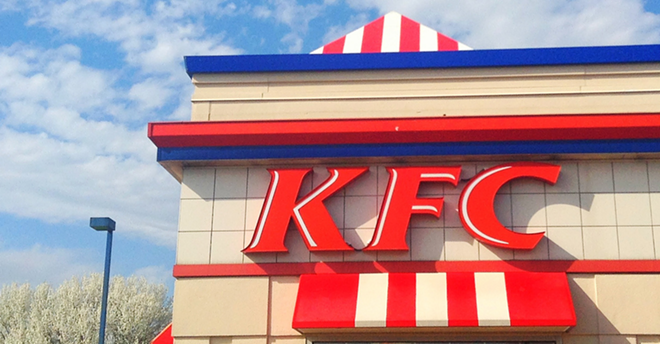 If 2017 is anything like 2016, having been kicked out of a fast food franchise for unruly behavior would make a candidate more electable than, say, having years of experience as a thoughtful policymaker.

So, time will tell if perennial St. Petersburg mayoral candidate Paul Congemi will appeal to voters this time around, on his third run, announced last week.

So far, Congemi is the only candidate yet to qualify for the St. Pete mayoral race, the primary for which is in late August.

Incumbent St. Petersburg Mayor Rick Kriseman is expected to run to keep his seat. Several other veteran politicians are also speculated as potentially challenging Kriseman, including former mayor Rick Baker, though none have officially announced.

Congemi's participation in the race should make things... colorful, though we may have to weather homophobic slurs and religious diatribes, if his email to the the Tampa Bay Times is any indication.

He said that Kriseman, like President Obama and the U.S. Supreme Court, embraces "immorality" and "panders to the homosexual community and uses all left wing organizations to his advantage just for  a vote." (Typos his.)

Kriseman, after all, has been a vocal supporter of LGBTQ equality and an opponent of discrimination. The day same-sex marriage became legal, Kriseman officiated a wedding ceremony for two men inside City Hall.

Congemi is obviously not a fan of The Gays and their Agenda, and he called the U.S. under leaders like Kriseman the "United States of Perversion."

He's also, apparently, not a fan of the staff at the KFC on U.S. 19 just north of 7th Avenue North.

In 2009, when he was a candidate for mayor, he got into it with employees there over an eight-piece bucket of chicken. He told the employee that it was "not my [expletive] food," and reportedly was set off when another worker laughed. Police were called, and they gave him a trespass warning.

According to the Times, Congemi told police that he was running for mayor and would fire them if they touched him after he won and took office.

But, given how nutty politics have been everywhere over the past year, ya never know.