It’s been a very good year for MarknCarrie. 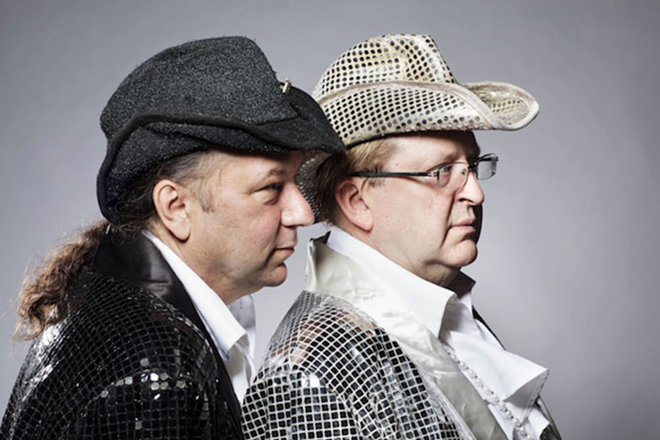 It’s been a very good year for MarknCarrie.

They celebrated their 35th anniversary as a couple and were among the first to sign up for Tampa’s new domestic partnership registry, with Mayor Bob Buckhorn as their witness.

The GaYBOR District Coalition, the gay/straight business alliance they co-founded in 2007 in Ybor City, was recognized for the first time by a Hillsborough County Commission proclamation.

And they were elected to be Grand Marshals of the 2013 St. Pete Pride Parade — an event they helped launch.

Following the spectacular failure of Tampa’s PrideFest in 2002, organizers asked a group of St. Petersburg gay business leaders for help in reviving it. Mark and Carrie, whose MC FilmFest shop was located at the time in the now-defunct Suncoast Resort, were part of that group, along with prominent figures like Brian Longstreth and Judy B. Goode. Rather than help a struggling enterprise in Tampa, they decided St. Pete needed a Pride parade of its own.

So, in a space of four months, they contacted enough participants and raised enough money to hold a small St. Pete procession of cars, floats and walking groups led by Dykes on Bikes, and attracted a crowd of about 2,000. Mark and Carrie, equipped with five cases of beads, rode in a limo called Princess Priscilla.

“It was fun,” West recalls. “Everybody had a great time.” And despite rainstorms in other parts of the area, the skies stayed clear over St. Pete’s first Pride.

It’s especially gratifying, says West, in light of Hillsborough’s repeal of the county’s gay pride ban. The commissioners’ decision, he says, removed “a weight that was on everyone’s shoulders. They took that cloud away.”

Having appeared in every Pride parade since its inception, West, who has been known for his highly fetching headgear, is not worried about perfecting his royal wave.

“My tiara is higher than my hand, so I can wave in any direction I want to because my hand will never go above the crown.”

As for Bias, he will of course be holding his now universally recognized prop, a teacup full of we know not what.

“It’s the teacup,” says West, “that’s been around the world.”