Music: Statesmen of Jazz at the Palladium - Saturday, October 11 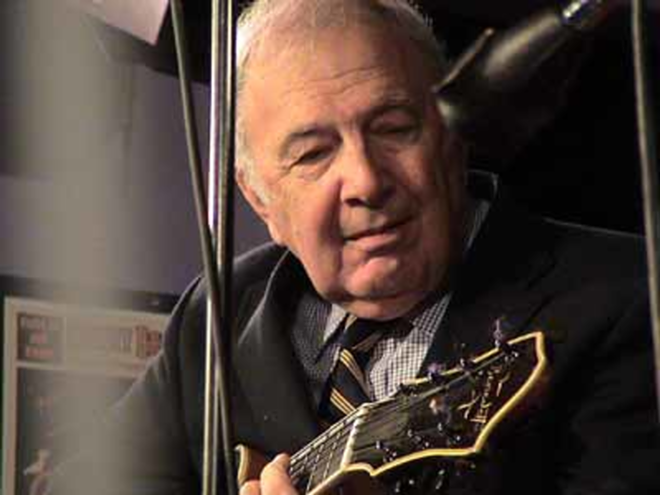 The stately Palladium changed hands last year, part of a grand swap of properties designed to create a downtown arts district in St. Petersburg. This week sees its formal rebirth as the Palladium Theater at St. Petersburg College, helmed by former journalist, piano player and arts advocate Paul Wilborn with a mission to broaden its programming and raise its profile. New electrical work, improved air-conditioning and other cosmetic changes bring the facility up to date, too. The kick-off concert features an "all-star lineup" of Arbor Records artists known as the Statesmen of Jazz, including Chuck Redd on vibes, Bucky Pizzarelli on guitar, Warren Vache on cornet, Tracy Alexander on drums, and bassist Mark Neuenschwander. The full and sweet guitar tone of Nate Najar and his trio, featuring John Lamb, opens the show. This is the Palladium's 10th season, and upcoming shows include entertainers from the Lawrence Welk Show, the producer of the PBS series Frontline and singer-songwriter Loudon Wainwright III. Sat., Oct. 11, 8 p.m. Palladium Theater at SPC, 253 Fifth Ave. N., St. Petersburg, $22-$32, 727-822-3590, mypalladium.org.