The brief disputed Republicans’ arguments that the restrictions on drop boxes are needed to help prevent fraud. 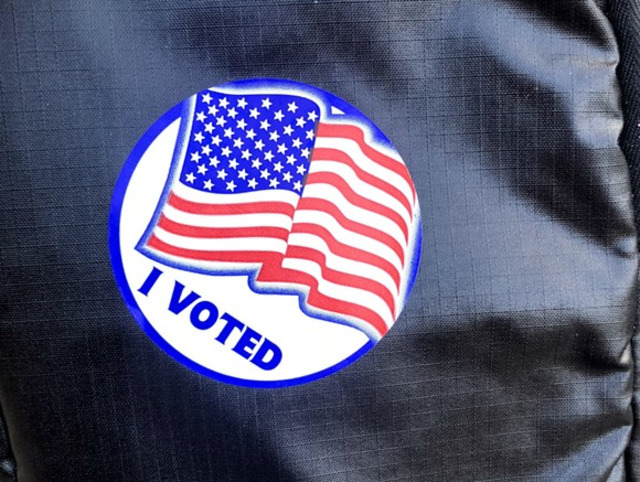 The attorneys general filed a friend-of-the-court brief arguing that the 11th U.S. Circuit Court of Appeals should uphold a March ruling by Chief U.S. District Judge Mark Walker that the restrictions are unconstitutional and should be blocked.

The brief disputed Republicans’ arguments that the restrictions on drop boxes, where people can drop off mail-in ballots, are needed to help prevent fraud.

“No one disputes that there is a state interest in combating voter fraud,” said the brief, led by District of Columbia Attorney General Karl Racine and New York Attorney General Letitia James. “But a voting restriction must be genuinely aimed at advancing that interest and reasonably calibrated to the scope of the problem. Here, the scope of the targeted problem is vanishingly small: the use of drop boxes, and mail ballots more generally, are well-established practices in Florida and around the country, and neither has given rise to substantial fraud.”

The drop-box restrictions were part of a controversial bill (SB 90) that Republican lawmakers and Gov. Ron DeSantis approved last year amid a national push by the GOP to change elections laws after former President Donald Trump lost his 2020 re-election bid.

Voting-rights groups launched legal challenges, and Walker struck down parts of the law that he said were intended to discriminate against Black voters, who overwhelmingly support Democratic candidates.

The state, the Republican National Committee and the National Republican Senatorial Committee appealed, and the Atlanta-based appeals court in May issued a stay of Walker’s ruling — effectively allowing the law to be in effect during this year’s elections. The court is scheduled to hear arguments Sept. 15 in the case.

Voting by mail and drop boxes have played key roles in battles about the law, at least in part because Florida saw an increase in the use of mail-in ballots in 2020, particularly among Black voters.

The restrictions in the law included requiring that drop boxes be monitored by employees of county supervisors of elections and only allowing drop boxes to be offered at early-voting sites during early-voting hours.

Republican leaders have argued that the drop-box restrictions and other parts of the law are needed for election security and have disputed allegations that they are intended to discriminate against Black voters.

Lawyers for Florida Secretary of State Cord Byrd, Attorney General Ashley Moody and county elections supervisors said in a brief filed last month at the appeals court that Walker “got it wrong” and that the law is a “facially neutral and common-sense election law.”

“The record shows the Florida Legislature attempting to balance integrity with access to improve voter confidence, provide clear rules, and address issues before they affected Florida’s election,” the brief said.

But the Democratic attorneys general Tuesday pushed back against the state’s justifications for the drop-box restrictions. Their brief did not focus on other parts of the law.

“As (the brief-filing states’) experiences demonstrate, it is possible to prevent fraud and promote confidence without constricting the right to vote,” the brief said. “Moreover, there is no real problem with fraud or confidence to address. Even if there were, SB 90’s specific provisions restricting the use of drop boxes would not help. Instead, those targeted provisions were, as the district court found, aimed at disenfranchising a specific group of voters.”