‘The Program does far more harm than good, and that harm is borne almost exclusively by Black people.’ 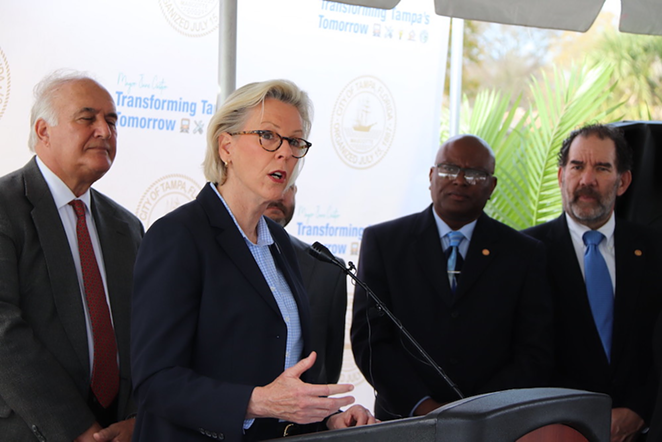 “We were disappointed to see Mayor Castor’s letter on September 15 to the Hillsborough County NAACP,” the coalition wrote. “The letter sought to defend the Tampa Police Department’s Program, and to minimize the devastating effects that it has had on families. Rather than trying to salvage its reputation, Tampa must end the Program,” the letter reads.

The coalition’s letter says that even though Castor was confronted with evidence of the program’s harm in a recent Tampa Bay Times investigation, the Mayor does not intend to end the program. Castor defended the program—which flagged 1,100 renters, about 90% of whom were Black—to the Times. Creative Loafing Tampa Bay obtained Castor’s letter to the NAACP, in which she confirmed that she still stands by the project after the public’s adverse reaction to the program.

In the letter, Castor gives examples of residents the program helped and how it reduced crime. Near the end, she doubled down on the importance of the project for public safety.

“We’ve already heard the suggestion that Crime Free should be put on hold. To do so would only hurt our most vulnerable residents,” Castor wrote. “Tampa, like most every American city, is experiencing a spike in violent crime, including a 28 percent increase in gun violence so far this year. This is not the time to cut back on law enforcement’s collaboration with the community to keep Tampa safe.”

In a statement to Creative Loafing Tampa Bay, Mayor Castor said the city always evaluates and improves programs like crime-free housing, adding that "we are happy to review it further."

“Everyone deserves to live in a safe neighborhood, regardless of their economic status. ... But as violent crime spikes in cities across America, this is no time to stop effective collaborations between the community, law enforcement, and property managers that are making our city safer.”

Below are some major takeaways from the coalition's letter, which is available to read in full.

The Program’s lease addendum and screening procedures likely violate the Fair Housing Act by creating a disparate impact on Black residents. The Fair Housing Act, which ‘was enacted to eradicate discriminatory practices’ within the housing sector, makes it unlawful to ‘refuse to sell or rent or otherwise make unavailable or deny a dwelling to a person because of race or other protected characteristic,’” the coalition wrote. “As the Supreme Court made clear in ‘Inclusive Communities’ the Act prohibits not only practices or policies that arise from a discriminatory intent, but also those that create a ‘disproportionately adverse effect on minorities and are otherwise unjustified by a legitimate rationale

“To be certified under Tampa’s Program, participating properties must incorporate a lease addendum in all of their rental contracts. The addendum establishes a one-strike policy that enables landlords to evict tenants implicated in any way—either directly or through a family member or guest—in alleged criminal conduct,” the coalition wrote. “Numerous courts and HUD have repeatedly concluded that such enforcement can violate the First Amendment as well as the Fair Housing Act,” the coalition wrote.

“Although only around 25% of Tampa’s population is Black, more than 50% of those arrested in Tampa are Black. The Program’s statistics are even more staggering—again, 90% of all tenants flagged as a part of the Program and subject to eviction under the Program are Black. The Program’s use of the lease addendum doesn’t simply, in the phrasing of Inclusive Communities, have “a disproportionately adverse effect on minorities”—it has an adverse effect that nearly exclusively falls on tenants of color.”

The program training’s likely disparate impact on people with criminal records looking for a rental home.

“Tampa’s Program also likely has a disparate impact at the front end of the rental cycle—the decision over whom to rent to,” The coalition wrote. “To be certified as a ‘Crime-Free’ property, landlords must attend a Tampa Police Department-run training. A central element of the training is explaining to landlords the need to conduct broad screenings of the criminal histories of prospective tenants and avoid renting to those with prior criminal legal system involvement. But, as Department of Housing and Urban Development (HUD) guidance explains, criminal history-based housing practices that have a disparate impact on the basis of race are almost certainly unlawful. Because of Tampa’s racialized policing, residents of color in Tampa are more likely to have a previous arrest or conviction on their record.”

The call for the City of Tampa to end the program

“Put simply, the Program does far more harm than good, and that harm is borne almost exclusively by Black people. Whatever good intentions there might have been in instituting this horrific program are irrelevant now,” the letter reads. “Tampa’s current Mayor and Council Members now have the opportunity to protect the rights of all of Tampa’s residents. Rather than defending a needless program that hurts people, just end it. We reserve the right to take all appropriate legal action necessary to ensure that the program is ended.” 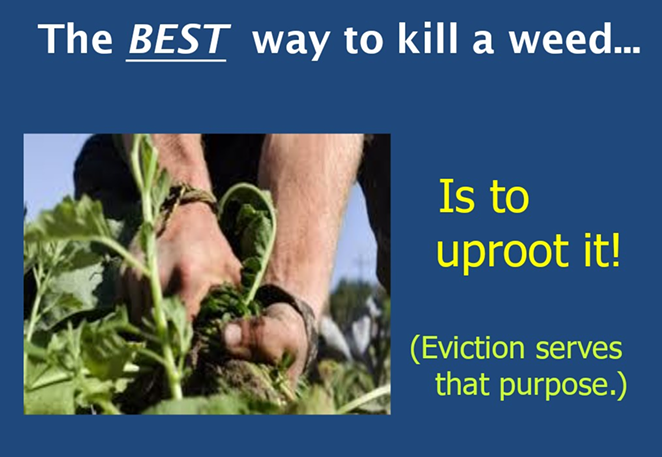