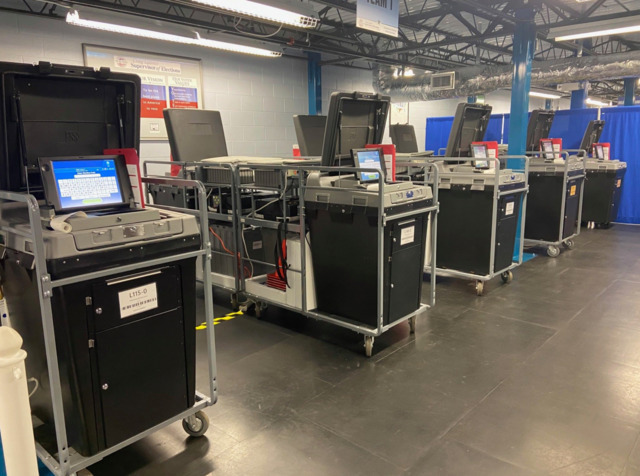 PHOTO VIA HILLSBOROUGH COUNTY OFFICE OF ELECTIONS
Heading into Tuesday’s elections, nearly 4.92 million Floridians had cast ballots by mail or at early voting sites, according to data posted on the state Division of Elections website.

Polling places opened at 7 a.m. Tuesday and will remain open until 7 p.m.

“This morning, we had zero locations report that they were open late,” Secretary of State Cord Byrd said during a news conference. “Everyone opened on time and were ready for voters.”

The state will start posting results at 8 p.m. Eastern time after polls close in the Panhandle, which is on Central time.