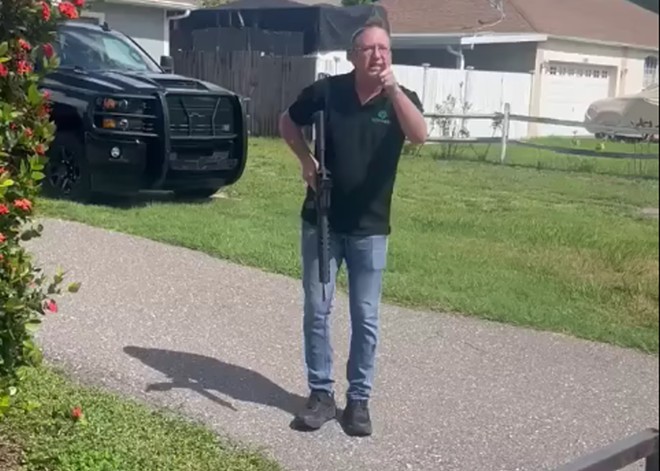 Screengrab via Jeremy Lee/Facebook
Screenshot from a video showing David H. Berry holding a gun while pointing and shouting at landscapers.
The neighbor of a Clearwater man who pulled an AR-style gun on Black landscapers says that he "completely overreacted" over the dispute.

On July 7,  David H. Berry of Fat Finger Construction, who has a lengthy criminal history—including three felony arrests that were all pled down to misdemeanors— pulled the gun on landscapers who were working the lawn of Gjyle Lazri, who lives across the street with her partner.

In a video shared across social media, Berry can be seen holding the rifle and yelling at Jeremy Lee and his daughter Carrie Lee as she films the interaction. Creative Loafing Tampa Bay first published the story of the altercation last Friday. 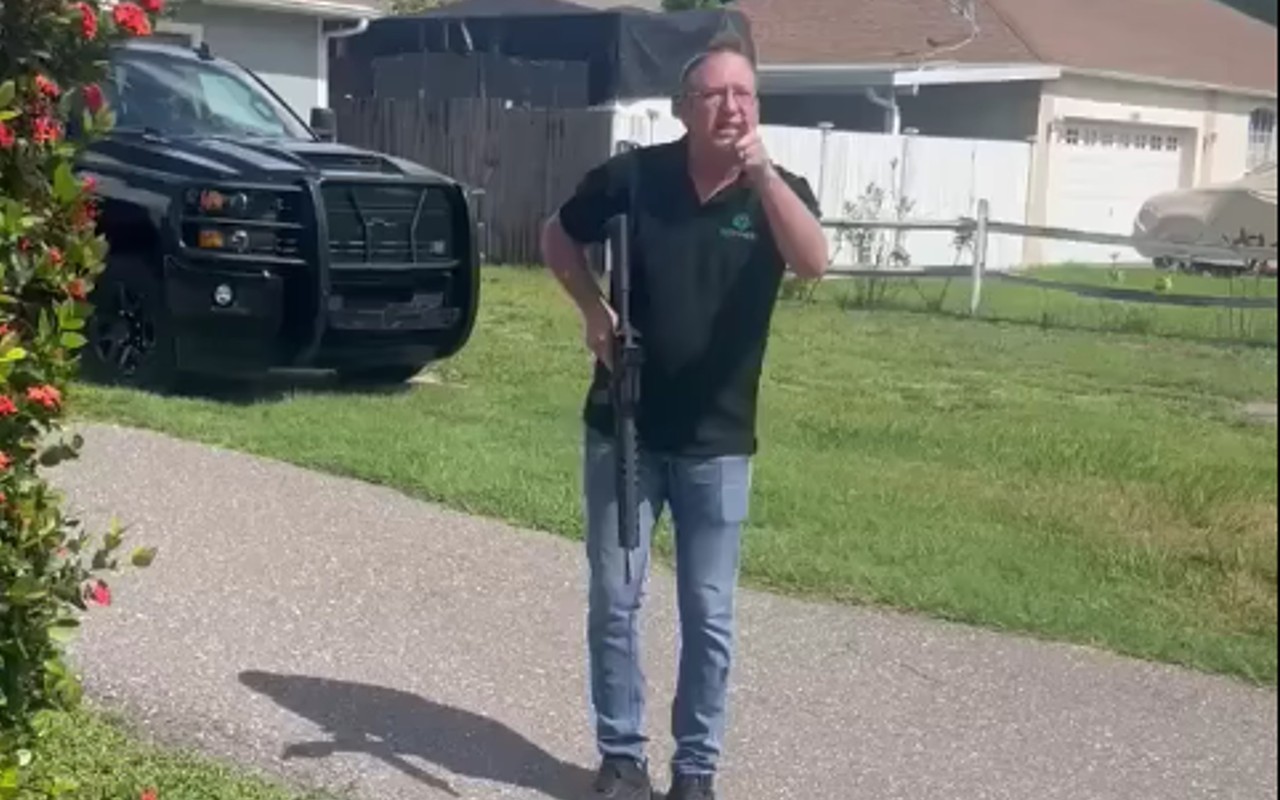 "It’s honestly crazy and I was shook when I saw that," Lazri told CL.

Lazri  shared a photo on social media showing that the landscaper's trailer gate was near Berry's driveway, but not blocking it substantially. In the video of the altercation, Lee says he'll move his trailer while Berry screams at him and his daughter as he paces around with the rifle. 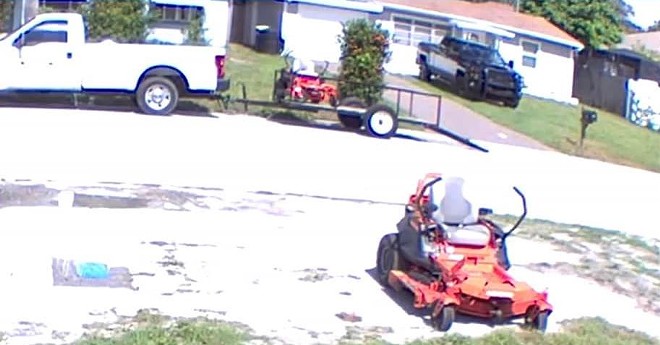 Gjyle Lazri
A screenshot from Lazri's home camera shows where the Lee's trailer was parked.
Lazri was at work when the incident happened, but received a text that morning from Lee, saying that he was going to come do the lawn. Lazri has a camera for security at her house, which recorded some of the interaction.

"I see the neighbor out there arguing , unfortunately I didn’t see the part when he pointed the gun, but I was able to go on my mic to talk back and forth with the daughter and she briefly told me what happened," Lazri told CL. "She sounded so scared, I felt so bad that there was nothing I could do at the moment. I just kept apologizing and she said they were OK and that her dad called the cops."

She went on to say that she feels like Berry, "completely overreacted because [the trailer] honestly was a few inches near his driveway and even after the fact of them moving it up more, he still was threatening them."

Until now, all had been peaceful in the neighborhood, Lazri said. This is the first time she's seen that side of her neighbor.

"We never really had problems with the neighbors , we all just keep to ourselves but when I seen that happen it was like, 'wow that’s who I live across the street from',"  Lazri said.

On July 11, the Clearwater Police Department announced the agency is seeking review of the case by the Pinellas-Pasco State Attorney on possible charges of aggravated assault with a firearm.

Florida Statute 790.10 says that any person exhibiting such a weapon "in a rude, careless, angry, or threatening manner, not in necessary self-defense" may be guilty of a first degree misdemeanor.

When asked if CPD is also having the state attorney review this possible charge, the Public Safety PIO offered a response via email.

"The chief says that you recommend the most serious charge you think is supported by the evidence," the PIO wrote. "If the state attorney desires, they can settle for that lesser charge."

In CPD's announcement about the presentation of charges to the state attorney, Police Chief Dan Slaughter made comment on Berry's behavior.

“The bottom line is a dispute over parking should never have escalated to something like this," Slaughter said. "If you have a problem with someone partially blocking the driveway, you call the police. You don’t grab a gun like some vigilante.”