The National Socialists of Florida also showed up at the Turning Point USA conference in Tampa last month. 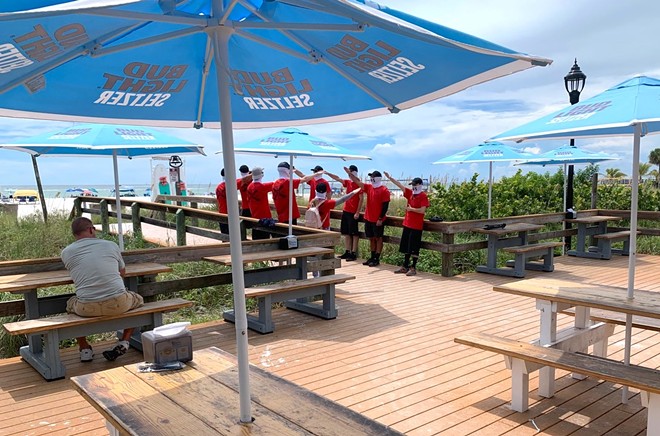 A fascist group carrying Nazi flags and other forms of propaganda made its way around Pinellas County last Saturday.

The group also headed further east into Pinellas County, where the Nazis took to a bridge at US-19 and Park Street N to wave a swastika flag and a flag with a “Black Sun” symbol, which was used in Nazi Germany and appeared at the top of the racist Buffalo supermarket shooter’s manifesto.

Eric Lynn, a Pinellas Democratic congressional candidate, posted video of the Nazi group on the bridge to Twitter, writing, “Another Nazi display right here in Pinellas. We must condemn these acts of Antisemitism as hate must must have no home in Pinellas, FL or in USA. If you don’t speak out against hate, antisemitism & Nazis, they will keep coming back. Maybe that’s what some candidates want.”

After several Nazi appearances in Florida, some of which have been violent, Governor Ron DeSantis has not outright condemned the groups.

City Manager of St. Pete Beach, Alex Rey, told Creative Loafing Tampa Bay that, "The presence of Nazis in St. Pete Beach is not something that represents the City of St. Pete Beach or its residents. Our community is welcoming of all races, religions, and beliefs, aside from those that practice hate and antisemitic beliefs."

Lynn also said that one of the Nazis’ signs read, “End abortion. Save white babies.”

Pinellas County declined to comment on the Nazi demonstration. CL also contacted the City of St. Petersburg, because the demonstration occurred just outside city limits, but Mayor Ken Welch was at a housing conference and unable to respond today. This post will be updated if a response comes in.

The Florida Holocaust Museum sent a statement condemning the Nazis via email to CL.

"This antisemitic stunt is the latest in a series of hateful plays for attention in Tampa Bay," Florida Holocaust Museum Chairman Mike Igel wrote. "But far from being an intimidating show of strength, the paltry group of Neo-Nazis should serve as a call to action for our community. We see this as an opportunity, albeit unwanted, to rise above these acts of hate through public displays of care and support. Hate groups try to isolate those they target. It’s up to all of us to make them feel isolated instead."

On Aug. 5, the Florida Holocaust Museum condemned antisemitic flyers that were handed out by NSF in St. Petersburg.

"The disturbing trend of antisemitism being delivered to our doors continues," Igel wrote in response to those flyers. "No resident of St. Pete or anywhere else deserves this, and our hearts go out to those who received these repugnant flyers. While it’s exhausting and enraging to confront this hate time after time, it is fundamentally necessary for our entire community to do so with a united voice." 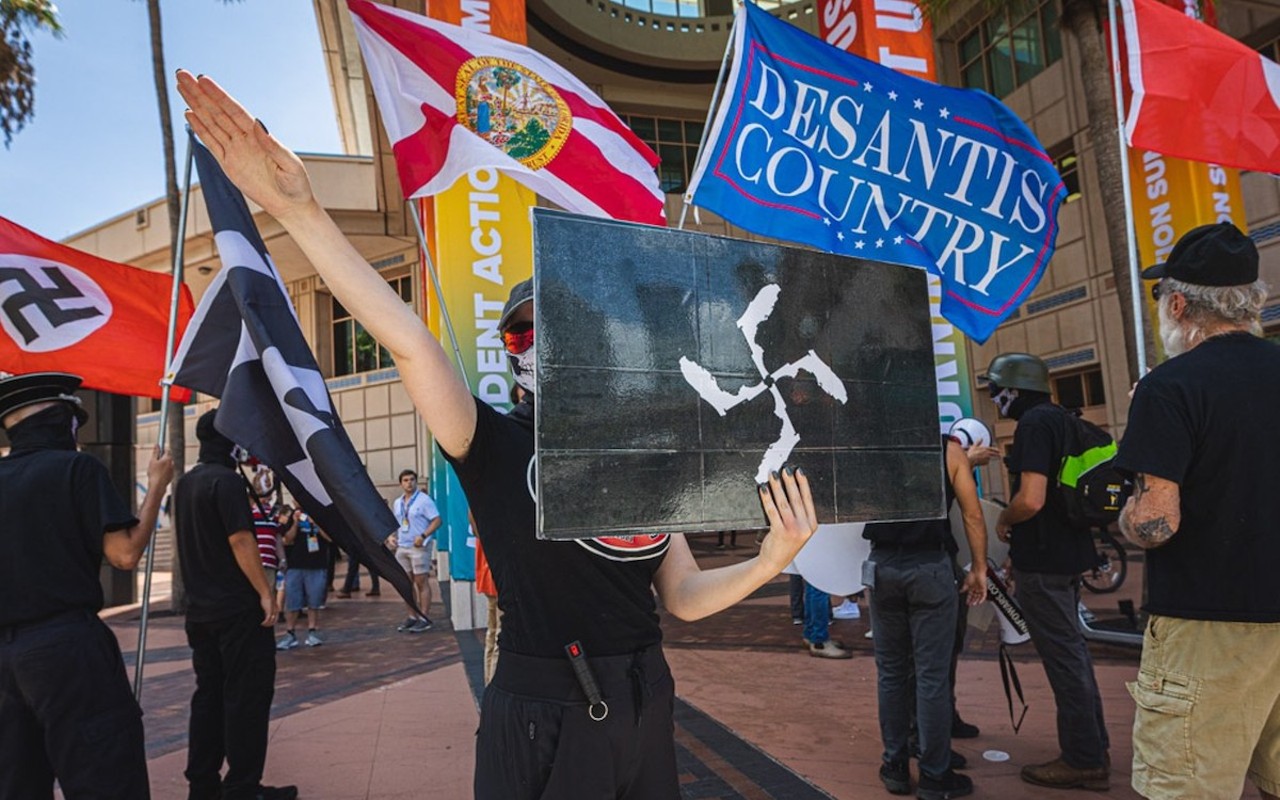 TPUSA was surprised its Tampa summit attracted neo-Nazis. It shouldn’t have been: There was plenty of fascist rhetoric at the Turning Point gathering.

NSF was also at the Turning Point USA conference in Tampa last month, among several other Nazi groups.

The group Miami Against Fascism says that NSF’s leader is Josh Nunes, and shared screenshots of what appear to be Nunes’ social media accounts saying that he is the leader of NSF. The group also described NSF as an offshoot of another hate group, the Goyim Defense League, which the Anti-Defamation League says is, “a loose network of individuals connected by their virulent antisemitism.”

Florida has seen a rise in fascist activity this year. In Orlando, a neo-Nazi group assaulted civilians during a demonstration, and a Nazi group named Atomwaffen made a bomb threat in Daytona Beach. 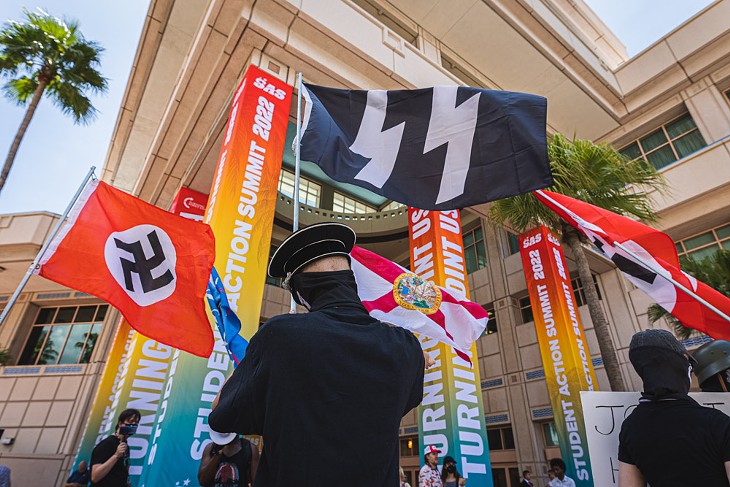 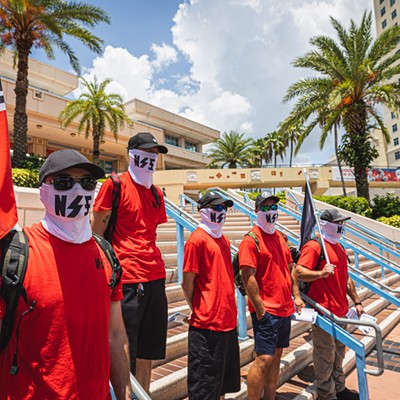 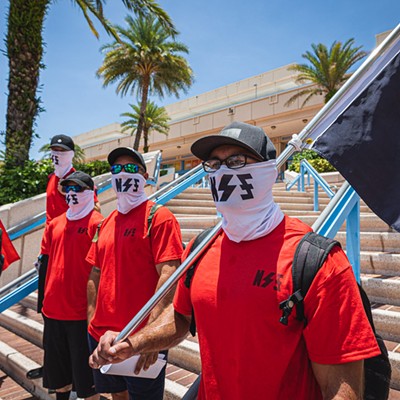 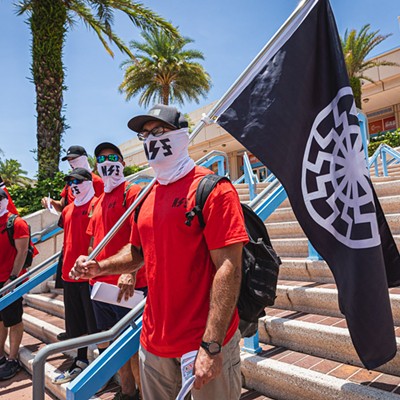 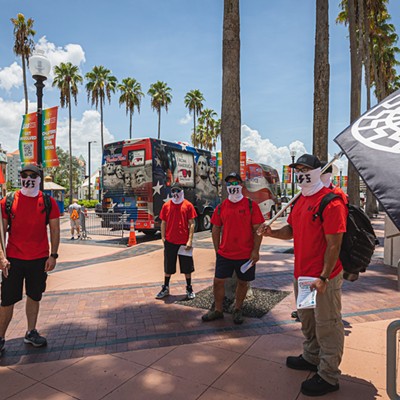 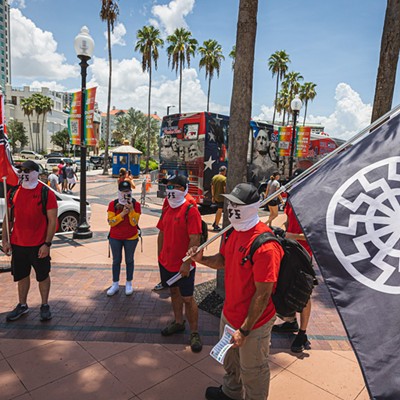 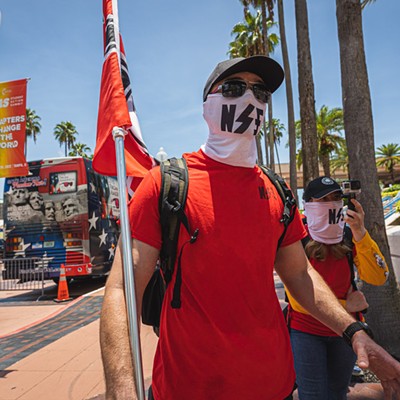