One proponent called a Florida Constitutional Revision Commission panel's jettisoning of the proposal "a fait accompli." 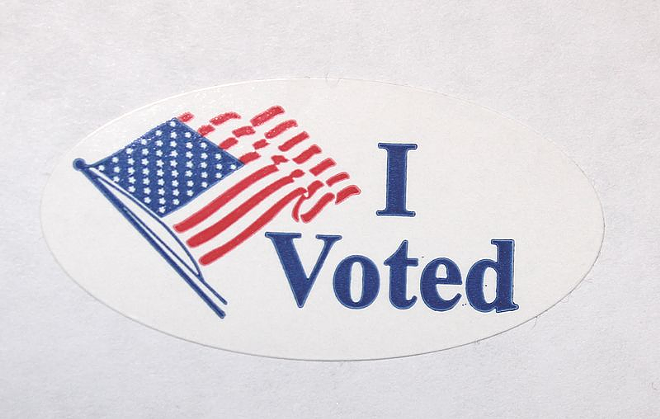 Dwight Burdette/Creative Commons
If you're an NPA/Green/Libertarian, chances are, you won't get one of these in August, but it's not your fault.

Going into a hearing this week that could have advanced a proposal to get open primaries on Florida's November ballot, fans of the idea, fresh from a small victory last week, were optimistic.

The proposal was working its way through Florida's Constitutional Revision Commission, which meets every 20 years to weigh potential new amendments to the state constitution. Whatever they approve goes onto the November ballot.

One of these, if it were placed on the ballot and approved by voters, would let all voters participate in primary elections regardless of party affiliation, and create a system in which the top two vote getters in a given primary contest of two or more candidates, regardless of party, move on to the general.

Those in favor of such an approach to democracy — and there are many — argue that it would invite Florida's growing number of third-party voters into the process.

But the CRC's General Provisions Committee shut the proposal out with a 7-0 vote Thursday, leaving the measure's proponents disheartened but determined to get it on the ballot.

"We aren't going away,” said Jeremy Gruber, who's vice president of Open Primaries, an entity that promotes the idea nationally. “You can't stand in the way of what the people want forever.”

Around a quarter of Florida's voters are not registered as Republicans or Democrats, and that number appears to be on the rise.

Allowing everyone to weigh in on primary races, advocates argue, would make for better candidates who want to appeal to a broader swath of voters, not just the far-right or far-left bases that determine primaries in many districts now.

But opponents argue that removing party affiliation from the equation would invite political gamesmanship to the process (i.e., Democrats voting for the least electable Republican in the race, and vice versa, to put the opposition at a disadvantage).

The CRC, which consists of people appointed by the governor, house speaker, senate president and chief justice of the Florida Supreme Court, holds hearings across the state in order to ask the voting public what should go onto the ballot. Gruber said over a hundred people showed up at these hearings to speak in favor of open primaries. Thousands more wrote letters, and a petition calling for open primaries collected around 10,000 signatures.

During Thursday's hearing, Gruber said he watched as multiple members of the public urged the commission to move the open primaries measure forward, only to be interrupted and cut off from delivering testimony. He said he doubts the commissioners were even really listening.

“This was a fait accompli from the beginning. This was not a fair hearing," he said.

He contends that the committee had no intention of listening to thousands of Floridians.

“I've spent [a] 20-year career at hearings in states across the country and many times before in the halls of congress, and I've seen a rigged vote before. And this was without a doubt a rigged vote,” Gruber said.

CL called each of the seven commissioners on the CRC's General Provisions Committee, but none have returned voicemails asking for comment.

The movement to open up Florida's primary will likely continue. While groups like Open Primaries have the options of attempting to get the measure on the ballot via the state legislature or a voter petition drive, the focus remains on the CRC, which, despite the amendment's Thursday defeat, can still pick it up and pass it.

One way or another, Gruber said, it needs to happen.

“When confronted with three million [independent/third-party voters] being shut out, the commissioners showed total indifference and really no empathy at all, and I think that's what we've come to expect from broken politics and politicians in Tallahassee,” he said. “A handful of partisans who are taking their marching orders from Tallahassee are not going to stand in the way of millions of Floridians forever.”