Oracle of Ybor: Finding strength when it comes to talking to loved ones about Roe v Wade

Also, nothing can hide from the sun. 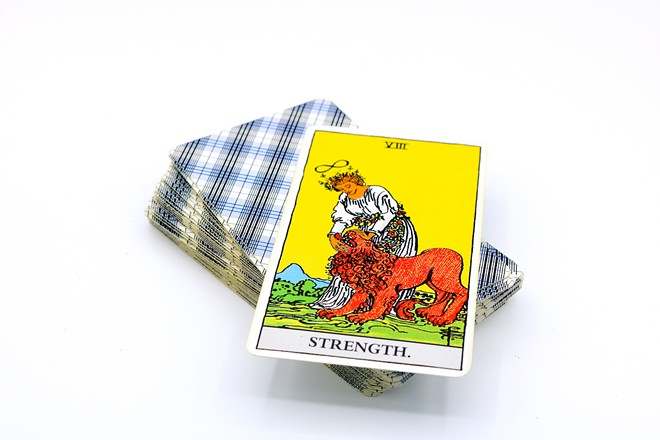 Photo via Aeko/Adobe
It takes strength to have difficult conversations with the ones we love.
Dear Oracle, I am so heartbroken about Roe V Wade. One of the hardest parts has been dealing with my mother, who would say she's "pro-choice" but has been brainwashed by Facebook into thinking that Roe v. Wade went "too far" with the 24-week limit and that it should have been overturned. Every conversation ends in a fight, and I'm furious. How can I talk to my mom about this?—Frustrated Daughter

Dear FD, I'm so sorry that you can't speak to your mother about how you're feeling right now. What happened with the overturning of Roe was a death of a fundamental right, and I'm sorry that an important woman in your life cannot share that grief with you.

I can't speak to whether your mom is "brainwashed" or not, but it's entirely possible that your mother has been reading misleading things on the internet. Unfortunately, misinformation about abortion is rampant on both sides of the political spectrum, especially about second-trimester abortions, which comprise less than 10% of all procedures.

What is rarely mentioned about second-trimester abortions—either by pro-life activists or shitty leftist dudes with their "hot-takes"—is that the majority of those happen to wanted pregnancies. They happen because of problematic fetal development, or the mother's health, or to aid during a miscarriage, so the mother does develop sepsis.

You can tell this to your mother and attempt to educate her, but this point, this argument, is the sign of something deeper. With both the Seven of Wands and the Six of Cups reversed, I'd say this is a turning point in your relationship between mother and child.

When we're children, we look to our parents for everything—guidance, support, food—because we have to. We're little. We can't do anything, and we don't know anything. But when we grow, we come into our own values, gain experience and knowledge in our own lives, and sometimes that means butting up against the values and understanding of the people who raised us. It can be heartbreaking to realize that you disagree with someone you love on a value that's deeply important to you.

To move forward with your mother, we have the Strength card. Last column, I wrote about Strength meaning both fortitude and mutual respect. You and your mother are equals now, even if that's a weird thing to admit. I think bringing that feeling of equality and respect into the conversation with your mom might help you. You may be able to help your mom see your point of view, you may not, but it might help you come to terms with your mother's humanity.

You might not be able to get that childhood feeling back of thinking your mom will always know what to do, which is hard, but I hope you'll be able to develop an adult relationship with your mother, even if it's different from what you hoped. It takes strength to have difficult conversations with the ones we love, and I hope that you and your mom can come to an understanding.

Dear Oracle, I'm angry with men. I feel completely betrayed. I'm so angry that I can't sleep, and I find myself wishing for violence. I don't know what to do with it because when I feel it start to subside, I have another interaction with a dude that makes me want to scream. What do I do with this anger?—Rage Against The Patriarchy

Dear RATP, while rage can sometimes collapse in on itself, turning into a black star of hate in our souls, it can also burn bright and be a hell of a motivator. The physical sun is the reason we have life on this planet, so it seems fitting that The Sun would be the card of white-hot woman rage. Nothing can hide from The Sun. There are no shadows at bright white noon. This rage is righteous and comes from clarity—you see the betrayal in true, brutal light. But The Sun is not a card of one; it's a card of collective intellect and feeling. The rage you're feeling is being felt by people all around, which can be harnessed for change.

The Sun is the 19th major arcana, and Judgment is the 20th, so it's fitting to have them paired. Judgment is a card of rebirth and heeding a call from a higher power (the image is actually of Judgment day and shouldn't be confused with the Judge on the Justice card.) There is a power of Judgment to use that collective feeling from The Sun to transform. Do not let your rage collapse into you and keep you buried in a tomb.

Practically speaking, I would encourage you to organize. Either join a group serving women in some way (such as the Tampa Bay Abortion Fund), get involved with political movements such as Strike for Our Rights, protest with local groups, raise funds for women groups or, honestly, consider entering politics. (We are here today—with no ERA, no universal childcare, no right to privacy or bodily autonomy, and with Black American women having the highest maternal mortality rate in the world—because Republican and Democratic men didn't prioritize women. So take their fucking jobs.)

Use that rage to carry forth change—or at least let it direct you to something productive. You did mention having violent thoughts, which isn't surprising. Humans and animals have three base responses when in danger: fight, flight, or freeze. Your brain seems to have chosen "fight," hence wishing violence. It's pretty normal. However, keep an eye on them and if they become more intrusive, seek help.

However, as much as I want to ra-ra your misandry, there is the Page of Cups to consider. There is a Love at the bottom of every Cup, and with the creative, youthful Page (and the general idea of forgiveness floating through Judgment), I would say that there are some men on the warpath with you and that they won't shirk their responsibilities to head the call. You might not be seeing them right now, but they're there.

So go ahead: rage rage with the power of the light. Let it transform and burn all that is frivolous to the ground.