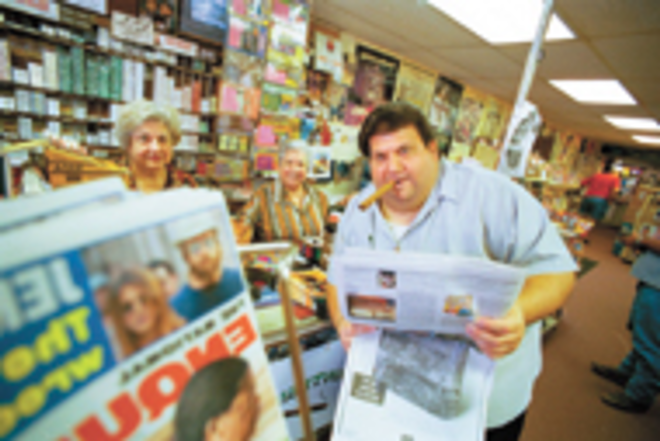 A state appeals court has ordered Florida Power Corp. to the bargaining table; The Ice Palace's new $150-million name: the St. Pete Times Forum; kettle corn delivered straight to your desk; and the fate of Sam "The Fat Man" Cagnina.

A state appeals court has ordered Florida Power Corp. to the bargaining table as Belleair officials try to figure the cost of taking over the electricity distribution system in their town.

The Second District Court of Appeal affirmed a trial court ruling that Florida Power must negotiate with Belleair officials, who want to know the price to buy the company's physical assets within the Pinellas County town.

Town officials believe they could supply electricity in Belleair more reliably and cheaply than Florida Power.

Florida Power, a St. Petersburg-based unit of North Carolina's Progress Energy Inc., has been fighting the town in and out of court. (See "Power Play" at www.weeklyplanet.com/ 2002-04-10/cover.html.) The company has refused even to talk about selling out in Belleair.

Town Manager Steve Cottrell says he would be surprised if Florida Power appeals the Aug. 30 ruling. Another Florida appellate court already has rendered a similar decision against Florida Power.

Florida Power's next chance to stop Belleair's municipalization of electric service may be the town's 2003 election. The company could try to defeat anti-Florida Power incumbents at the polls, as it has attempted elsewhere.

Mayor George E. Mariani and town commissioners have promised to put a takeover of Florida Power's assets to a referendum. But Cottrell isn't sure that Florida Power executives will name a price before next spring's election, when such a referendum could be held.

"It depends on how long they want to drag this out," Cottrell told Weekly Planet. "I guess you could throw them in jail for contempt of court. That has been suggested."

The Sept. 3 deal with Palace Sports and Entertainment Inc., touted as the first time a newspaper has purchased exclusive naming rights to a stadium or entertainment complex, will set the St. Petersburg Times back almost $30-million over 12 years.

The Times will also pay a one-time fee of $129,897 to settle its previous sponsorship agreement with Palace Sports, as well as $500,000 to cover the costs of altering signage. In addition, Palace Sports will receive $250,000 in free advertising space per year.

Palace Sports manages the arena for the Tampa Sports Authority. The former Ice Palace, opened in 1996, was built with public money in hopes of sparking redevelopment in the surrounding Channel District, near downtown.

For the multimillion-dollar price tag, the Times receives brand awareness in the Tampa market and one hell of a spitball to fire at The Tampa Tribune. Taxpayers, who helped pay for the arena in a public-private partnership, receive, uh, well, bunk.

In fact, Palace Sports and the Times tried to keep the deal private in order to prevent the release of competitive information.

Not even Henry Saavedra, executive director of the sports authority, knew the details. "I'd certainly like to see the contract," he said when the deal was first announced.

So did the Planet, which was shocked — shocked! — that the Times did not make the contract public. After all, the Times sues for public records as often George W. Bush uses euphemisms.

Last month, the Times threatened to file suit against Bay Air Flying Service, which leases public land at Albert Whitted Municipal Airport in St. Petersburg, in order to obtain the company's customer records (see "800-Pound Gorilla on the Tarmac" on page 8). Because Bay Air leases public land, the Times argued, its customer records should be public.

Following that logic, the Planet filed public records requests with the Times and Palace Sports on Sept. 6, two days after Hillsborough County Commissioner Jan Platt announced her interest in having the contract made public.

Despite the hype, the deal is not a marriage made in heaven. Even during the dot-com boom, the Ice Palace couldn't find a suitor. Today's naming-rights market is soft, at best.