Council also voted no on declaring a housing state of emergency. 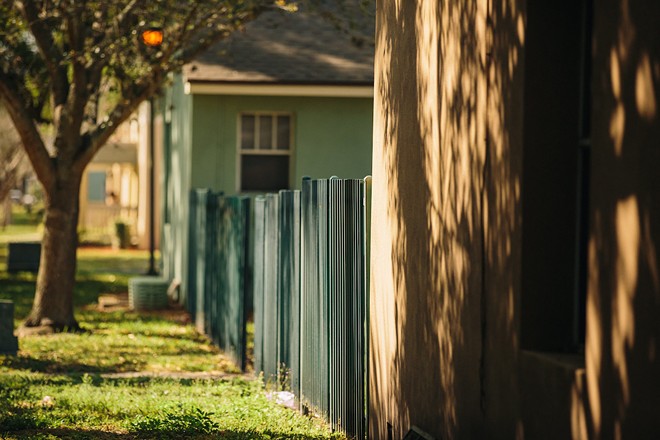 Photo via cityofstpete/Flickr
Jordan Park in St. Petersburg, Florida via 2015.
Council chambers were near capacity for Thursday morning’s Housing, Land Use, and Transportation committee.

The committee voted against a motion by council member Richie Floyd, for a resolution declaring a housing state of emergency to go before full council for a vote. Only Floyd voted in favor. Council members Brandi Gabbard, Gina Driscoll, and Ed Montanari opposed. A second motion to reevaluate housing dollars from the American Rescue Plan Act passed unanimously.

“If this isn’t a housing emergency, I don't know what to call it,” Karla Correa with the St. Pete Tenants Union said. “People are going homeless.”

As legal outlined Thursday, it’s not an easy process under a preemptive state statute passed in 1977.

“I think a lot of people in the community would say that the risk is worth it,” council member Richie Floyd said. “Us not moving forward is denying them an opportunity to say that.”

Enacted after Miami Beach tried to enforce rent control starting in 1969, no other city has been successful in implementing rent control since. Even declaring a state of emergency comes with a heavy burden of proof. That’s after the Florida Supreme Court struck down the Miami Beach rent control ordinance, aimed at curbing rising costs for low-income retirees.

“In the case of 'City of Miami Beach v. Forte Towers,' they discussed that an inflationary spiral, in and of itself, is not an emergency,” city attorney Joseph Patner said. “So there would need to be findings that there is an emergency consistent with the limited direction we have.”

In that case, war was the most common reason given by the legislature to justify a state of emergency calling for rent control. In addition, luxury apartment rentals are excluded from rent control under the state law. And the definition of luxury apartment hasn’t been updated since 1977, when luxury meant $250 a month.

“If this were passed, our office would vigorously defend this to the best of our ability,” Patner said. “The reality is we’d be at a very high risk of being able to defend it...And the damages could run into the millions or tens of millions.”

Floyd said a lot of alternatives to rent control were discussed during the committee’s meeting. He expects new business items on those alternatives “very soon.”

“I was just trying to get us to indicate support without taking legal action today,” Floyd said. “It’s disheartening, but this is by no means the end of trying to fight for the people in St. Petersburg who are being pinched.”

Last month, the People’s Council of St. Pete voted to escalate if the city failed to declare a housing state of emergency. A mass demonstration is planned for next Thursday’s city council meeting at 5 p.m. outside city hall.

“The idea of emergency rent control is really only necessary, because we've gone decades without making a real investment in affordable housing,” Aaron Dietrich with the People’s Council of St. Pete said. “Rent control is not the dream. The vision of our city is not rent control. It's this idea of guaranteed housing.”