Petition to remove Tampa’s massive Confederate flag has over 75,000 signatures

“Tampa's black community deserves better—and the city should be standing in solidarity with them during such painful times.” 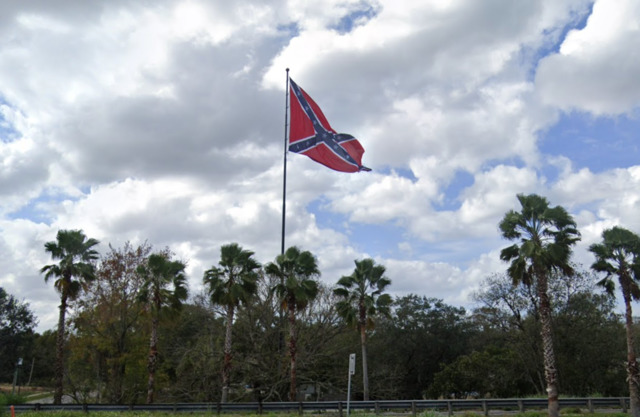 A petition with over 75,000 signatures is calling for local leaders to permanently remove the massive Confederate Battle flag visible from 1-4, which was recently taken down over the weekend after threats to set it on fire were posted on social media.

“Given recent events, it would be of utmost importance for the city of Tampa and Mayor Jane Castor to acknowledge this painful and unnecessary preservation of history, and take action by either removing the flag, or taking away the Sons of the Confederate's license to fly the flag in such a public vicinity,” the petition reads. “Tampa's black community deserves better - and the city should be standing in solidarity with them during such painful times.”

The petition was started by USF student Julia Linton.

After receiving 5,400 signatures Linton took to Twitter and wrote, “This got 5,400 signatures overnight I’m so proud of Tampa.” it read, “Also to those saying it won’t be removed bc it’s on private property, that’s not enough of an excuse! The city would remove it if it was a Nazi flag, which ultimately sends the same message as this one.”

Known as “The second-largest Confederate flag” on the planet, the flag is located at the privately-owned Confederate Memorial Park at 10418 US Hwy. 92, and  was put up by the Sons of Confederate Veterans chapter in 2008.

Marion Lambert, a chapter member purchased the nearly quarter-acre plot of land at the junction of I-4 and I-75 for $7,000.