The final week before Election Day is upon us. Amid all of the hype and headlines, Democrats are trying to remind voters to, you know, vote.

To mark the start of early voting Sunday, candidates and activists gathered in downtown St. Petersburg's Williams Park for a small rally to get voters fired up.

Three of the nation’s largest labor unions held events on either side of the bay to get out the vote. St. Petersburg's event was headlined by Democratic Congressional Dist. 13 candidate (and former Florida Governor) Charlie Crist. 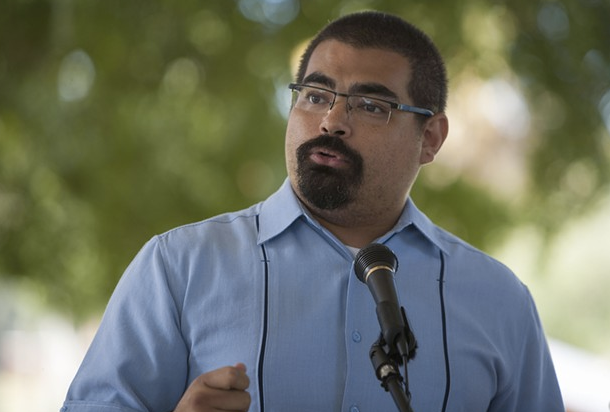 Kimberly DeFalco
Tim Heberlein of the group Organize Now tells the crowd to get to the polls early.

Politicians and civil rights leaders are hoping to increase visibility of early and mail voting — and show how convenient voting can be — via events like Sunday's rally as well as events known as "Souls to the Polls" vote drives.

“Souls to the Polls” events are typically held the Sunday before election day in an effort to direct voters to the polls. It is the last day of early voting before the Tuesday, November 8 election. The idea originated when a lot of churches, especially in African-American neighborhoods, encouraged worshippers to vote after attending Sunday services, and now it's expanded beyond congregations to the general public. 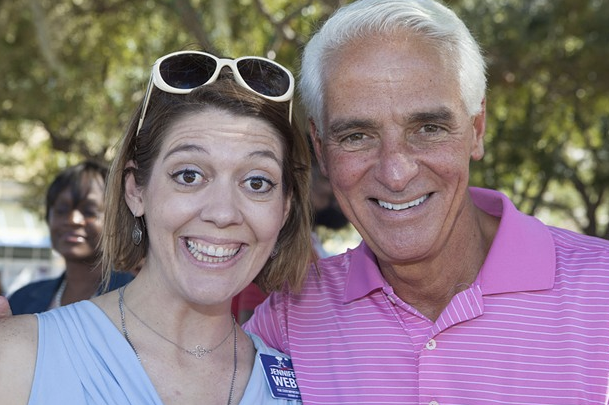 Fight for 15 Florida and the Service Employee International Union are sponsoring Pinellas County’s “Souls to the Polls” November 6 from noon to 4 p.m. Nov. 6 at 1540 49th Street South, Gulfport, directly across from the Gulfport Neighborhood Center where folks can cast their early ballot.

In Hillsborough County, Souls to the Polls will take place from  one to 5 p.m. at the West Tampa Public Library, 2312 Union St. and over the same time period at the C. Blythe Andrews, Jr. Public Library at 2102 E. Dr. Martin Luther King Blvd. in Tampa.

On Saturday, November 5, award-winning singer/songwriter Jon Bon Jovi will host a Get Out the Vote (GOTV) concert in Tampa for Hillary Clinton as part of Hillary for America’s “Love Trumps Hate” concert series. Details are pending.