Housing advocates with the St. Petersburg Tenant's Union were on site to school the officers about the law. 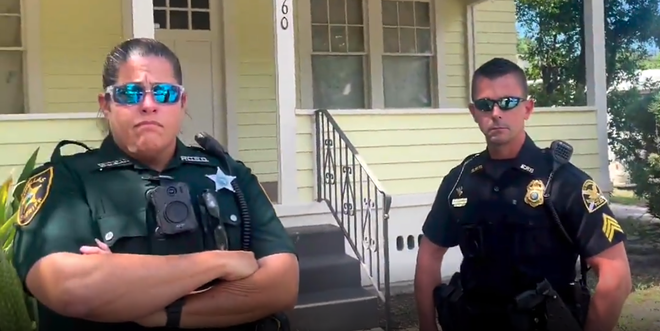 On the morning of June 1, Pinellas County Sheriff deputies tried to evict three renters from their house in the Historic Kenwood neighborhood. But as the St. Petersburg Tenant's Union pointed out to the deputies in a heated  interaction caught on video, the officers were attempting to carry out an illegal eviction.

SPTU received notice that the tenants were being told they had to leave the house that day, and showed up to investigate the situation. Video from SPTU shows that the tenants belongings were already in the front yard when they arrived, with PSCO deputies watching.

But activists found that PCSO was attempting to evict tenants based on the owner receiving a foreclosure.

"You realize this is an illegal eviction, right?" SPTU member Karla Correa asked a PCSO deputy named Kent Snavely. "You realize the tenants don't have to leave right, and this is for the landlord?"

In the video, the officer insisted it was a final eviction, but was completely wrong about the situation. 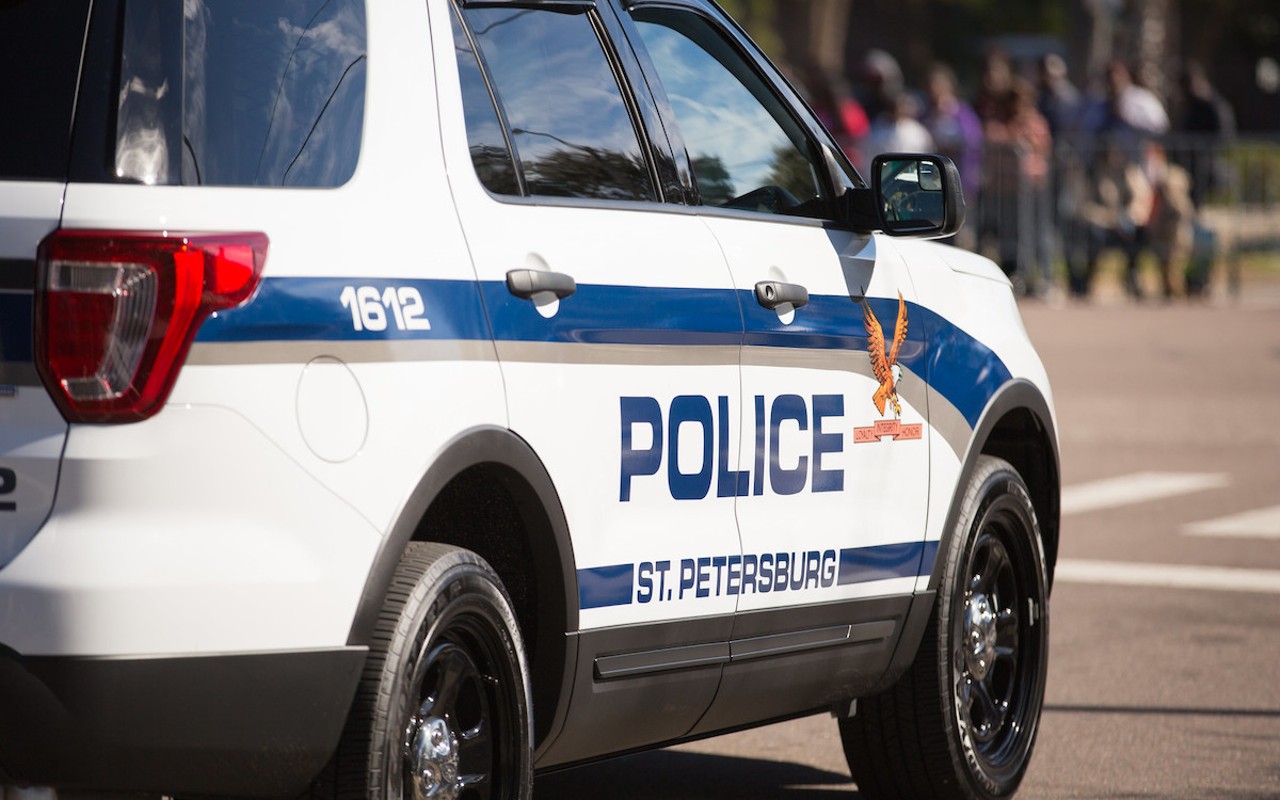 Despite the law, the PCSO officer threatened SPTU members with arrest for disorderly conduct and disturbing the peace for speaking up for the tenant's rights.

SPTU members told CL that seven total officers showed up, including St. Pete Police Department Officers, who had arrived at the request of PCSO. SPPD is set to receive a record high budget in 2023, something SPTU and others have protested against, calling for more affordable housing and other social services.

"At 10:30 a.m., June 1, we received an 'assist outside agency' call for service as a Pinellas County Deputy handled a civil issue," SPPD's PIO told CL. "We don’t have any further information on the civil case."

All of the officers eventually backed off, after a Pinellas County judge told them that the tenants do have 90 days to move, under the law.

CL asked PCSO's communications team how after seeing this interaction, the citizens of Pinellas County be assured that PCSO isn't enforcing unlawful evictions around the county. We'll update this post if we get a reply.

In the video one PCSO deputy was antagonizing the tenants and the activists, telling them the eviction was going to happen one way or another, and kept insisting that the eviction was not illegal, speaking over people when they were trying to correct the deputy on the law.

The officer did not have an identifying name badge on, but CL was able to confirm that the officer was a Demetria "Dee" Spanolios. PCSO has not responded to a question regarding whether or not its deputies have to wear name badges, and why this deputy was missing a name badge when others had badges on.

"You're just always getting up in other people's business," Spanolios said, before going on to again incorrectly say that they were not attempting an illegal eviction.

Today, a tenant from the house spoke to CL. We will not name the tenant in this story out of respect for their privacy. The tenant had been living at the property for three years, and the news about the eviction came as a shock.

"When the cops showed up and told us we had to get out, we were in panic mode and  we were rushing to get all of our things out of the house," the tenant said. "But we knew something was wrong with the situation, because it was a foreclosure, not an eviction."

The tenant and roommates are thankful that SPTU showed up to help them, so they don't have to be out of the house immediately. But the situation has made them want to get out of there as soon as possible, and they were looking at a new rental today.

"I would honestly like to get out as soon as possible because at this point, it doesn't even feel like my home, and now I just feel like the cops are about to show up and it will happen all over again," the tenant said.

The tenant has created a GoFundMe to help with last minute moving costs.