The 21-year-old recorded video of the acts and posted it online. 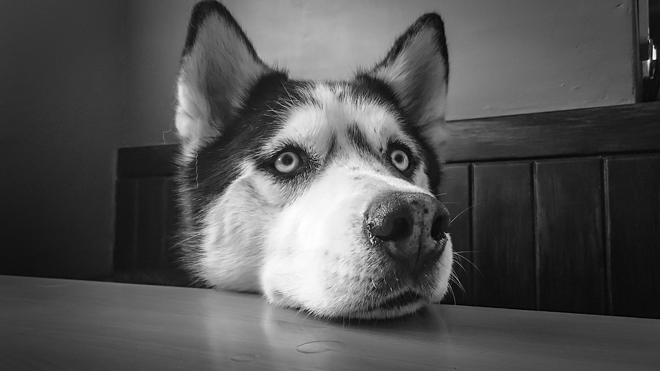 Get ready to have your morning ruined.

A 21-year-old Oldsmar man was arrested yesterday after he confessed to engaging in inappropriate sexual conduct with his Siberian Husky, Ember.

According to the Tampa Bay Reporter, the man posted video and photos of himself, dressed in a Husky costume and, uh, doing things to his dog with his body and sex toys, on the internet. Someone living in another state contacted the authorities, and began an investigation back in late January; Pinellas County Sheriff's Office deputies interviewed the man, one Christian Stewart Oscar Nichols, yesterday, and took him into custody after he confessed.

Nichols has been charged with one count of aggravated animal cruelty. More charges are likely pending. Pinellas County Animal Services removed Ember and another dog from the property.