And that was before Las Vegas. 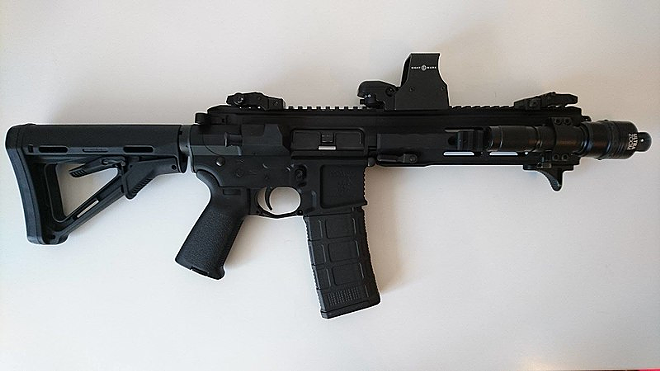 St. Leo University has released results of September polling that suggest an overwhelming majority of Floridians — and Americans — think that perhaps granting all Americans unfettered access to guns isn't the best idea.

The polls, which were taken nationwide and statewide between September 10th and September 16th, asked a variety of questions pertaining to gun rights, regulations, etc. as well as public funding for mental healthcare — something some people view as the other side of the coin in the gun debate.

In Florida, where 500 people were surveyed via an online questionnaire, some 74.2 percent of its respondents said they supported "some limited licensing, permitting or some restrictions on certain arms such as assault weapons," while the national poll found 71.8 percent of respondents to be of that belief.

Though the poll's results were just released Tuesday, not even 48 hours after the biggest mass shooting in modern U.S. history took place in Las Vegas, the opinions were gathered more than two weeks prior.

It's difficult to know whether the massacre — which many people argue may not have been nearly as deadly (or have happened at all) had the shooter not had such easy access to guns —  would have affected these numbers.

Even as the event caused a spike in gun sales (presumably because gun nuts think officials will look at new regulations so that, you know, this doesn't happen again), advocates for some amount of gun control have eschewed calls to curb talk of examining gun laws so soon after the tragedy. Late night host Jimmy Kimmell gave a tearful opening monologue about how now is the time to act on guns.

Will insisting on having the debate sooner rather than later have any actual impact on policy, especially given the NRA's influence on Congress as well as in state legislatures like Florida's?

That's unclear, but it's not impossible.

View the rest of the St. Leo polling results, along with methodology, here.