“I am sick and tired of Republican politicians continuing to use our bodies as their political tools." 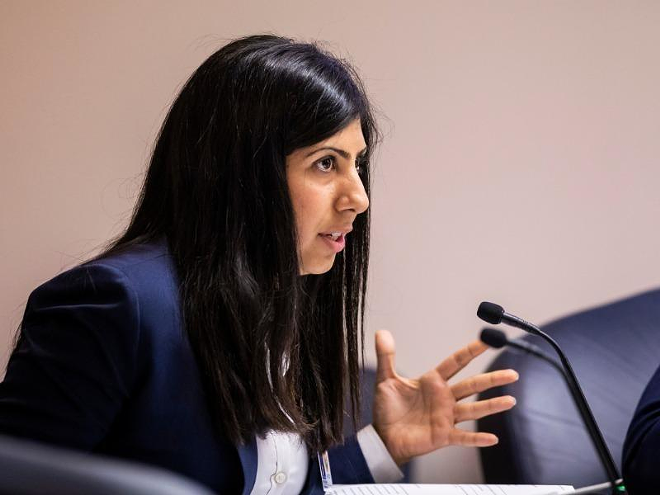 Eskamani, a leading abortion rights voice in the Legislature and a former executive of Planned Parenthood, suggested this year’s elections would turn on abortion access if Republicans followed through with a proposal for a Special Session on abortion, following Friday’s Supreme Court decision overturning the Roe v. Wade.

“I dare Republicans to pursue an abortion ban, as voters will wake up and hold you accountable for such an extremist anti-women and anti-freedom agenda,” Eskamani said.

“We must make sure that Republicans at every level of government feel the consequences,” she said.

Eskamani made those comments during what she labeled as an “Emergency Virtual Meeting to Protect Abortion Access in Florida” with activists, constituents and the media.

She was joined by fellow Orlando Democratic Rep. Carlos Guillermo Smith in decrying Friday’s decision by the Supreme Court of the United States decision, which now allows states to decide legality of abortion.

Eskamani repeatedly assured viewers in he Zoom-carried conference that abortion remains legal in Florida, albeit restricted, including through the new 15-week ban set established in (HB 5) to go into effect July 1, unless opponents can get a stay from the Florida Supreme Court.

She also note that Florida has a strong right to privacy enshrined in the state Constitution, which abortion rights activists believe will ultimately help protect abortion access.

“The people of Florida have been clear that they support not only access to abortion, but they support privacy as well,” Eskamani said.

She belittled Republican Rep. Anthony Sabatini, a congressional candidate in Florida’s 7th Congressional District, for calling for a Special Session this summer to ban abortion. She said she recalled Sabatini rallying with abortion rights activists while he was in college. She called him a political opportunist who is disliked by both Democrats and Republicans.

“I am sick and tired of Republican politicians continuing to use our bodies as their political tools,” she said. “And I have no doubt that if he calls for a Special Session, any Republican who supports it will be challenged at the ballot box.”

Most of her meeting was spent talking to supporters about ways to take action, supporting abortion access nonprofits, volunteering with abortion providers, and pursuing voter registration, mobilization and organization efforts.