Report: Tampa among top 20 "hippest" cities for the under-30 set

The website movehub.com even gives Ybor a name check. 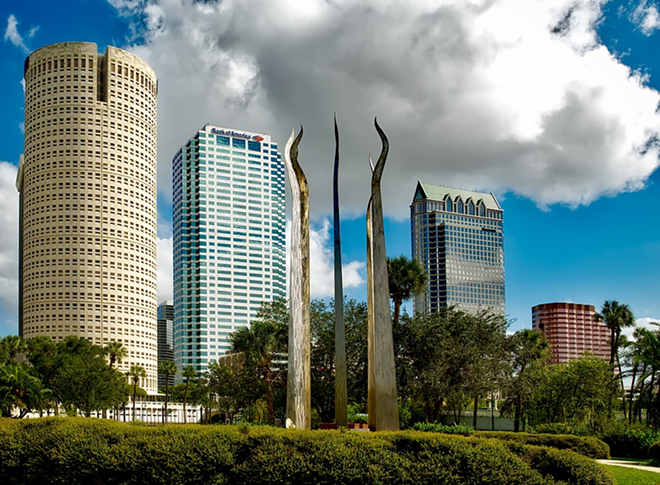 There's yet another national nod to Tampa as one of the country's hippest Millennial hubs (or what have you) going around this week.

On Monday, the website BusinessInsider.com listed the city among what it deems the country's top havens for unconventional 20- and 30-somethings, which pulls from rankings movehub.com calculated via its "hipster index."

The index used data about cities' per capita "density of tattoo parlors, vegan stores, microbreweries, and thrift stores, as well as any increases in rent" — or, you know, things that "hipsters" tend to gravitate toward — as criteria for calculating the cool factors of the small, medium and large cities that made the list.

Tampa ranked 17th on the list, Orlando came in at 11th and St. Pete — the hipster haven across the bay from Tampa — was somehow not included in the top 20 (perhaps because St. Pete rents and home prices are driving the PBR set outside city limits). Ranking 20th was Seattle. Number one on the list was Vancouver, Washington, a city that's directly to the north of Portland, Oregon. Despite its longstanding status as the hipster mecca, Portland ranked 12th, likely due to the high cost of living there.

Cities in Florida have for years been trying to shed their statuses as quiet magnets for retirees, and have encouraged the growth of universities, local arts scenes and incubators for budding entrepreneurs, as well as more green space, walking/biking trails and public transit options. Also boosting the appeal of these cities, of course, are throngs of craft breweries, vintage shops and tattoo parlors.

Some, like Tampa, apparently, are succeeding — though community advocates in blue-collar areas whose low rents are starting to attract young people often express concerns over the possibility gentrification as enough word spreads about a given area's "hipness" to catch the eye of investors.