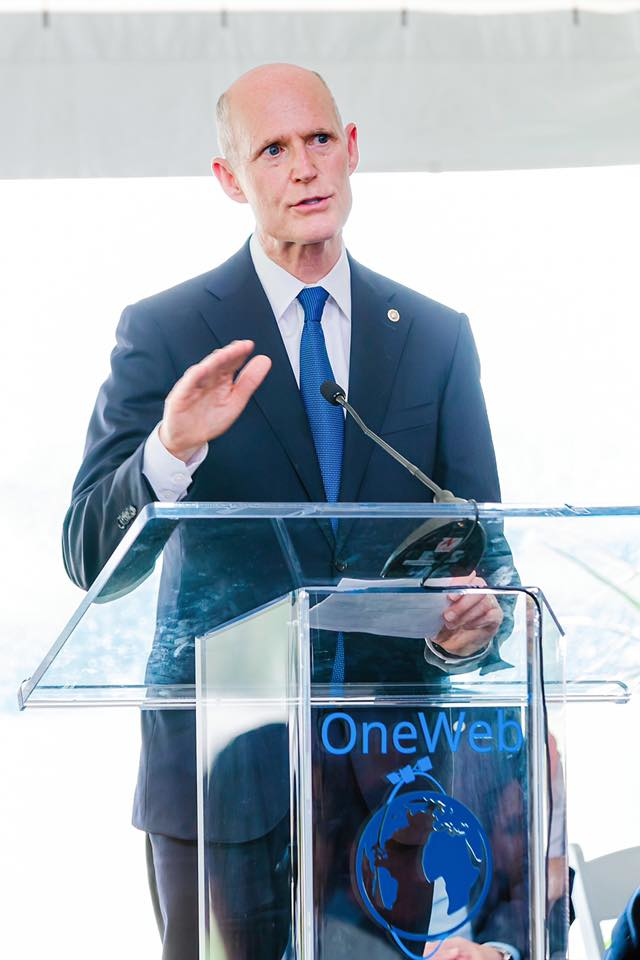 Every few months or so, the Trump White House would declare “Infrastructure Week!,” seven days for the president to focus the country’s attention on his plan to rebuild the country’s decaying roads, bridges, and airports. The problem, of course, was that Donald Trump was an agent of chaos, pathologically incapable of detaching from the frenzy of the news cycle.

The other problem: there was no plan. They were winging it.

The first Infrastructure Week, in June 2017, was an on-the-fly attempt to distract from James Comey’s testimony to Congress. The strategy collapsed when Trump used a Rose Garden speech to rant about James Comey.

Subsequent tries had similar results: Infrastructure Week 2, in August 2017, coincided with Trump’s “both sides” remarks about the Charlottesville white supremacists. Infrastructure Week 3, in February 2018, was overshadowed by the massacre at a Parkland, Florida, high school and the indictments of 13 Russians for election interference.

Soon, Infrastructure Week became a punchline. Eventually, it got an Urban Dictionary entry.

Trump never came within shouting distance of passing infrastructure legislation. While it’s easy to blame his ineptitude for the failure, that’s only part of the story. The other part: Republicans didn’t care.

They had complete control of Washington in 2017–18 and a president dying to do a photo op in a hard hat. Any infrastructure deal would have had Democratic buy-in and off-the-charts polling. If they wanted to do it, it would have been done.

Instead, they passed a $1.9 trillion tax cut that favored the wealthy, did nothing to spur the economy, and despite comical assurances that the tax cuts would somehow pay for themselves, drove the deficit into the stratosphere.

This history should be instructive.

You’d think that when President Biden unveiled his $2.25 trillion infrastructure plan last Wednesday and Republicans clutched their pearls about runaway deficits, job-killing tax increases, and the president abandoning bipartisanship, savvy political journalists would see through the charade. Instead, we got prattle at this: “Republicans will blame Democrats for not negotiating in good faith on this, and there may end up being some truth to that.”

That’s Punchbowl News, an outfit so devoted to both-sidesism that it could make Chuck Todd blush. Punchbowl goes on to quote Senate Majority Leader Mitch McConnell, who has never acted with anything but good faith: “Our nation could use a serious, targeted infrastructure plan. There would be bipartisan support for a smart proposal. Unfortunately, the latest liberal wish-list the White House has decided to label ‘infrastructure’ is a major missed opportunity by this administration.”

Never mind that McConnell didn’t pass a “serious, targeted” plan when he had the chance. Putting the lie to his “missed opportunity” lament merely requires quoting something else he said that day: “It’s called infrastructure, but inside the Trojan horse it’s going to be more borrowed money and massive tax increases on all the productive parts of our economy.”

Notice the Catch-22: Fixing infrastructure is great, so long as you don’t raise taxes or increase the deficit.

To his credit, Biden understands that there’s no common ground to be had here—certainly not enough to find 10 Republican senators to overcome a filibuster—and chasing it is a fool’s errand. Republicans will never vote for tax increases or “the Green New Deal under a new name,” as Rep. Steve Scalise, R-Big Oil, put it. The base, obsessed with owning the libs, wouldn’t forgive anything less than total war—and GOP elites are working them into a lather. Florida Sen. Rick Scott, the Medicare defrauder leading the Senate election effort, blasted out a press release headlined, “Biden’s Disastrous Tax & Spend Agenda is Killing America.”

Suggesting that engaging this crowd would accomplish anything more than dragging out the process betrays a gross misunderstanding of political reality if not a willful naivete. (As we’ve discussed, Republicans are not a serious party.) It’s also looking at things backward. The issue isn’t why Democrats aren’t accommodating Republicans, but why Republicans expect accommodation when they’ve shown no interest in governing.

It’s not just that Democrats won in November and Republicans lost, or that Biden has a 60% approval rating and is presiding over an economy that added more than 900,000 jobs last month. It’s that Democrats are tackling meaningful issues while Republicans rage about Dr. Seuss, fantasize about election fraud, and fearmonger about transgender children.

The American Rescue Plan, which has 72% approval? Zero Republicans voted for it. Likewise, it’s a near certainty that zero Republicans will vote for the infrastructure bill, which also has majority support, and whose component parts—including extending expansions of child tax credits and Obamacare subsidies—are more popular than the whole.

Why, then, are Democrats supposed to compromise when Republicans haven’t even feigned a desire to participate? Why should they try to reason with people for whom unreasonableness is their raison d’être? Why should they, by accepting the filibuster, give Mitch McConnell a veto?

There are enough cats to herd as it is.

Progressives believe—justifiably—that the bill is trillions short on climate investments. Dems from high-tax states want to restore a Trump-cut state and local tax break. Moderates are hand-wringing about increasing corporate taxes. And because the White House divided its agenda into two parts—broadly, infrastructure and social welfare—the party’s competing constituencies are battling to get their priorities into the first bill, worried that the second won’t happen. Plus, there’s whatever the hell Joe Manchin wants.

Democrats are making sausage. Republicans are flinging poo. Appeasing them won’t make the sausage better. It will just get shit everywhere.

Get Informed Dissent delivered to your inbox. Subscribe today at billman.substack.com.