The rise of model suburban zoning codes in the 1970s virtually outlawed Missing Middle housing and replaced it with rules that promote sprawl and car-oriented suburban subdivisions. 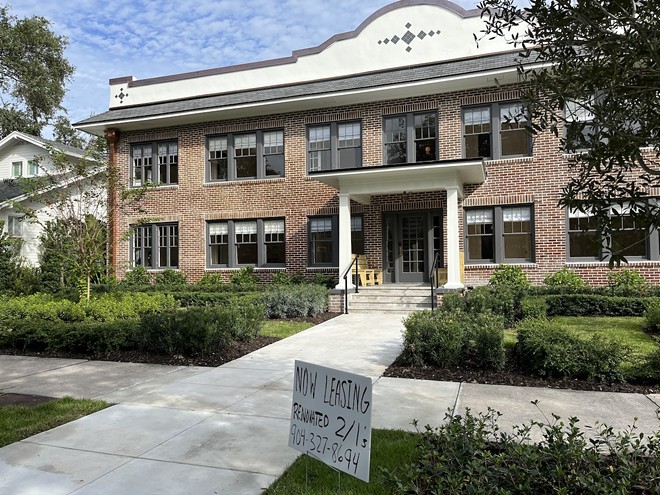 Photo by Linda Saul-Sena
Tampa needs more multi-family structures which fit gracefully into existing city neighborhoods and play well with their single-family neighbors.
Tampa needs more affordable places to live which are in town—not out in the exurbs.

Since we have already invested in the roads, parks, public safety, water and sewer to support city living, we should thoughtfully add some variety to what seems to be the construction status quo as of late: a sea of luxury condos and unaffordable McMansions!

Enter the concept of "The Missing Middle", multi-family structures which fit gracefully into existing city neighborhoods. These types of housing were found throughout neighborhoods up until World War II, and can take the form of tiny homes, duplexes, triplexes, and even mini apartment buildings and clusters of small buildings arranged thoughtfully into cottage courts. Many of them still exist, but in limited places. The secret of creating these units is their design: they play well with their single-family neighbors.

When we look at our historic areas, which developed before we were such a car-intensive culture, buildings were designed for the human scale. Each structure provided a welcoming, shady, landscaped entry which mimicked the softened entry to the adjacent homes. The two-three story structures were made of similar materials, stucco, brick and wood, to the nearby houses. 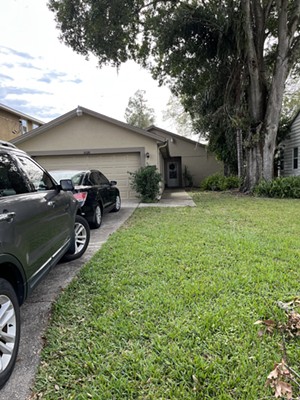 Photo by Linda Saul-Sena
A 'Snout House' where the garage is the first thing you see from the street.

Cars were parked in the back and out of view, often off the alley. The hardscape needed for cars was not the dominant material, as seen in "Snout Houses" where the garage is the first thing you see from the street. If a driveway exists, it is a single driveway leading to a discreet parking in the rear of the property. Tampa’s extensive network of alleys is a gift. Since they already exist in many parts of the city, we should embrace them!

Housing variety is a key to creating a diverse and self-sustaining neighborhood. It allows generations to age in place without having to leave the neighborhood, offers options for downsizing families, and provides convenient housing opportunities for neighbors who may not be able to afford a single family home - like students, young people, and service workers.

The rise of model suburban zoning codes in the 1970s virtually outlawed Missing Middle housing and replaced it with rules that promote sprawl and car-oriented suburban subdivisions. Much of the historic Missing Middle in Tampa exists as an exception to the current rule—grandfathered in, but illegal to build new. As the ongoing housing crisis continues to put pressure on our unique and beautiful neighborhoods, we should take some successful tips from the past. A familiar solution might be just under our nose.

Most civic groups are very skeptical of apartments or duplexes because they tend to be ugly and not fit into the vibe of the area. To be fair, newer residential development often has "sharp elbows" pushing its way into settled places and upending the rhythm of the block due to their scale, materials and car-forward orientation. But that doesn’t have to be.

Fortunately, the City of Tampa's planning director, Stephen Benson, has developed some templates for multi-family structures which would appease the critics' concerns with compatibility and satisfy our need for more housing. This design solution could begin to address the housing shortage.

"We're fortunate to be working with world renowned planning and public space professional Amanda Burden of Bloomberg Associates to propose zoning changes to address our need for higher quality and more affordable residential development. We will be bringing forward a preliminary report on Missing Middle to Tampa City Council for consideration in February," explained Benson.

By shifting the feeling of multi-family structures into being more simpatico with adjacent single family homes, particularly in Tampa's older neighborhoods with their existing parks, sidewalks and schools, more children can enjoy these amenities. The Hillsborough County School Board has been on the cusp of closing down a number of the smaller, historic schools in older neighborhoods due to low enrollment, yet these walkable schools build the relationships which create a sense of community.

The other important public conversation taking place in Tampa, in December, focuses on the expanded opportunity for ADU's, accessory dwelling units, known as "Mother-in Law apartments." Located in the rear of existing homes, these were traditionally built to provide additional space to accommodate extended family members or to provide rental income to the homeowner. 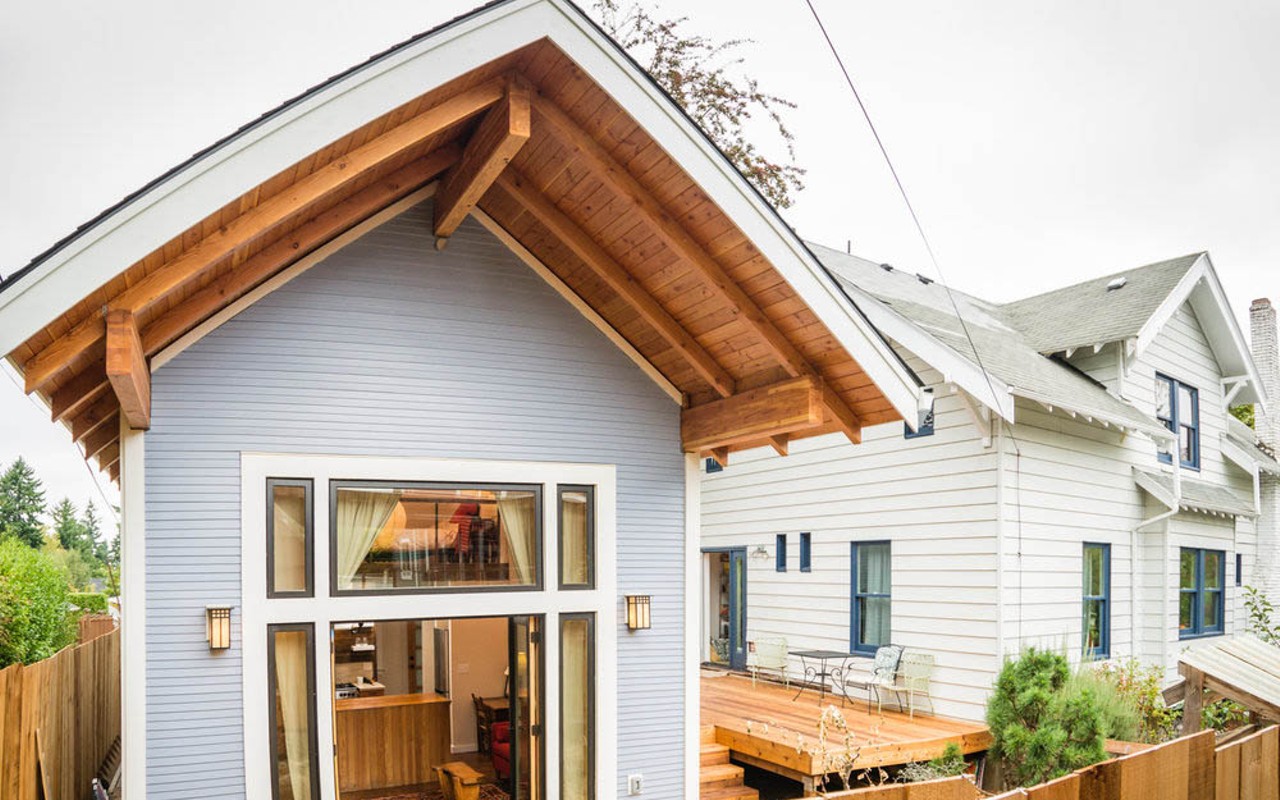 As we analyze the potential tradeoffs of allowing ADU's to exist legally citywide, we can look at the widespread enthusiasm in the 1,000 person survey completed in the spring where a vast majority of respondents expressed interest in learning how to add an ADU next to their home (although many were interested in turning their ADU into an Airbnb).

Good design can make or break the acceptance of more density in neighborhoods. The duplexes next to the Old Hyde Park commercial area are attractive and blend seamlessly with the bungalows next door. The Section 8 bungalows built in the 1960s never fit in and they hurt their neighborhoods by putting cars front and center with little landscaping.

Nathan Hagen, a leader of YIMBY, Yes In My Backyard, speaks of abundant housing where regular people at different stages in their lives can continue to live in their community because housing options are diverse, available and attainable. " We can create more choices for everyone if we carefully and creatively abandon obsolete zoning rules," he said.

Several open forums and public hearings are planned in the coming months...learn more and share your opinions.