Rick Scott championed a $5 million Florida health website, and almost no one is using it

Ultimately, the FloridaHealthPriceFinder website does not provide facility-level cost information to consumers. 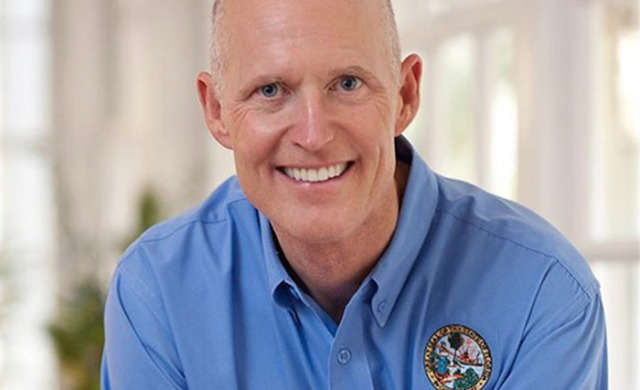 A program pushed by former Gov Rick Scott to help people compare prices and shop for medical procedures has cost taxpayers millions of dollars but has garnered little attention from the public.

The state has paid more than $5 million for the FloridaHealthPriceFinder website over the past three years, according to a review of state financial records. But the site has generated just 131,653 visits since its launch in November 2017, information from the state Agency for Health Care Administration shows.

Despite a lack of visits, AHCA officials remain upbeat about the initiative.

“FloridaHealthPriceFinder is still out there going strong,” Nikole Helvey, bureau chief of the Florida Center for Health Information and Transparency, told members of a health-information advisory committee Thursday.

She also said the state in July began collecting 2019 claims data, which is being reviewed for accuracy and quality. Helvey said the FloridaHealthPriceFinder website will be updated to include the 2019 claims data by spring 2021.

“We’ll be excited to see that information coming through,” she said.

In a statement to The News Service of Florida,  Scott spokeswoman Sarah Schwirian defended the initiative.

“There’s no reason patients shouldn’t know exactly what their procedures and prescriptions cost before they go into the doctor’s office or pharmacy,” she said. “Investing in efforts to increase transparency and lower the cost of health care for American families is worth it.”

Scott, a former hospital-company executive, convinced lawmakers in 2016 to authorize a statewide all-payer claims database that receives information from insurers about how much they reimbursed health providers for medical procedures. That information can then be used for the FloridaHealthPriceFinder website.

Scott, now a U.S. senator, championed health-care cost “transparency” and the establishment of the database after hospitals in 2015 supported a proposal to expand Medicaid eligibility under the federal Affordable Care Act. Scott, a fierce critic of the federal law better known as Obamacare, opposed the Medicaid expansion proposal, which ultimately died in the Legislature.

The state signed a contract with the Health Care Cost Institute, or HCCI,  in April 2017 to administer the database and develop a consumer-friendly website where people could shop for 295 different “bundles” of health care services.

HCCI was founded in 2011 by four insurance companies, including Aetna, Humana, and UnitedHealthcare --- all of which write coverage in Florida and voluntarily submitted the claims information. But the website was slow to get off the ground, in part due to a delay in moving forward with needed rules to get companies such as Florida Blue, AvMed, Health Options, Capital Health Plan and Florida Health Care Plan to submit the data.

An effort by the Scott administration in June 2018 to make facility-level pricing information available to consumers without the claims data from the insurers was opposed by the Florida Hospital Association. The association argued at the time that without claims information from all carriers the FloridaHealthPriceFinder website would be confusing.

Ultimately, the FloridaHealthPriceFinder website does not provide facility-level cost information to consumers. It allows people to see average costs for care on services ranging from acne treatment to chest X-rays at the national, state and county levels.

“We fundamentally recognize that most people need to understand not just the total anticipated charge, or average reimbursement for a procedure or service, but what they will owe after the insurance company has paid,” she said. “For that reason, some hospitals are implementing or exploring websites that are able to provide that level of detailed information to help patients better understand the anticipated out-of-pocket costs.”

Audrey Brown, president and CEO of the Florida Association of Health Plans, also issued a statement in support of price transparency.

“The FloridaHealthPriceFinder website certainly empowers Floridians to better shop for health care and understand the associated costs,” she said in a statement. “Florida’s health plans also understand that health care pricing is complex and we are always looking at additional ways in which we can allow our members to easily access and review data on both price and quality of health care services.”