Monday debriefed, and not in the sexy way. 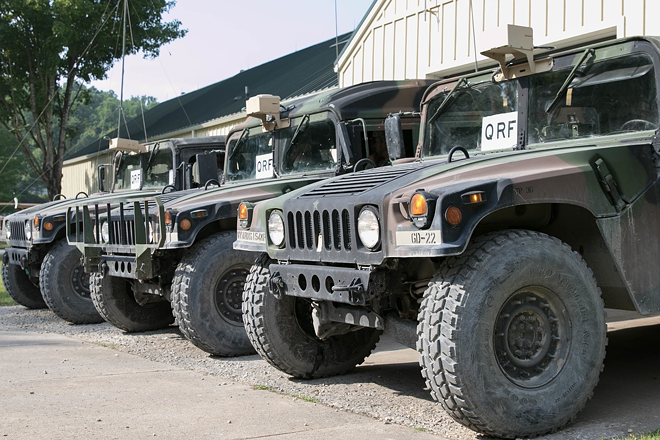 Nobody ever asks, "Is it Tuesday yet?"

More than 30 Riverview residents woke up yesterday morning to find their cars vandalized, with smashed windows being the most common damage. Cops are looking for two teenagers or young adults in connection with the crimes, and would like to find them before that neighbor everybody agrees has a bit of a temper problem does.

A 40-year-old state probation officer was dismissed after being arrested last week for having sex with one of his "clients" on multiple occasions. Why can't they just be in love? Why do you have to assume power dynamics are involved, just because he was in complete control over whether or not she'd be sent back to — oh, yeah, got it.

The Port Richey Police Department bought a couple of humvees from the Brooksville Police Department as part of the latter's dissolution. Why did a police department for a semi-rural area so small it decided didn't even need a police force have humvees in the first place? ISIS, man. ISIS might've come to Brooksville. When asked why it needed two humvees, the Port Richey Police Department explained that the vehicles could help in storm situations — flooding, hurricanes, etc. — but what they probably really wanted to say was "they look really tough and rad."

And finally, today is the last day to vote for that million-dollar Old Northeast home that's a finalist in HGTV's Ultimate House Hunt 2018 contest. So there's five minutes of the workday you can waste on clicking and envy.