A lot has happened since our last issue on our neighbor to the south. 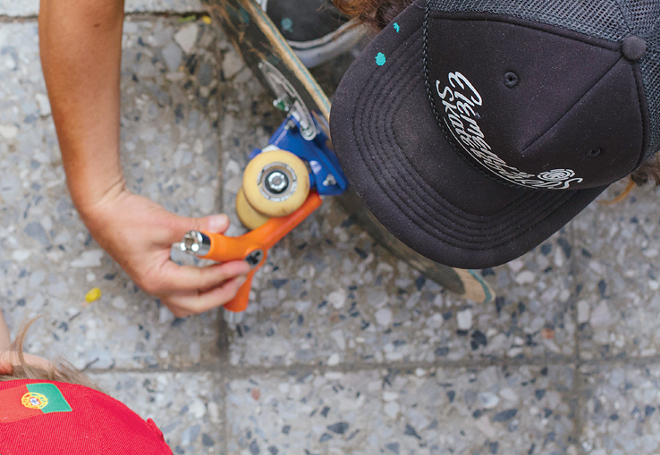 Two years ago, CL published an issue exploring the blossoming relationship between the Tampa Bay area and Cuba.

It was more than six months after then-President Obama announced his administration would be lifting policies half-a-century old regarding travel and doing business with the country. Civic leaders in the Tampa Bay region seized on opportunities to travel there with relative ease.

Things have changed quite a bit since then.

CUBA NOW: HAPPILY OFF THE GRID IN HAVANA

Fidel Castro is dead; Donald Trump’s presidency is alive and well. And on June 16, Trump announced a rollback of Obama’s Cuba policies.

The rollback wasn’t as harsh as many had feared. Americans will still be able to travel to Cuba, though not alone. Nor can they spend money at state-run businesses. The specifics could take months to finalize.

Proponents of strengthening ties to the island nation are actually a little relieved — but still assert that the changes go in the wrong direction.

“It appears that the new announcement probably won’t impact a lot of what they do, but here’s what I think it will do,” said Congresswoman Kathy Castor (D-Tampa). “I think President Trump’s policy is regrettable, and it will take us backwards… It will really complicate our neighbors’ ability to travel to Cuba. It’s going to make it more expensive, more costly and add bureaucratic red tape.”

With its large Cuban-American population descended from Cubans who immigrated here before Castro, the Tampa Bay area largely embraced the Obama-era shift (though it still had a few noteworthy detractors — like Tampa Mayor Bob Buckhorn, who was eyeing a gubernatorial run at the time, and activist Ralph Fernandez). Many visited the country several times — and are optimistic that the policy change will be merely a bump in the road.

“The Tampa Bay area will continue to be a leader in the nation on building jobs and economic opportunities for our neighbors who live here in Florida and for the Cuban people,” Castor said.

She also criticized the Trump administration for its selective definition of freedom and its hypocrisy regarding human rights. Trump and other proponents of the policy rollback, which included Governor Rick Scott and Sen. Marco Rubio (whose parents were Cuban immigrants who left before Castro’s rise), cited the rights of the Cuban people. If the administration is concerned about a regime’s treatment of its people, then how to explain Trump’s assertion in Saudi Arabia that he wasn’t “there to lecture” them on their notorious human rights abuses and that “partnership” between the two countries is more important than a country’s “perfection” on human rights?

“I think they’re being hypocritical in what they’re doing,” Castor said. “When you look at what they said in Saudi Arabia, the relationship with Turkey, the Philippines... yes, there’s a great inconsistency there and it needs to be highlighted.”

With all of this in mind, we’re revisiting Cuba in this issue — some of us metaphorically, some for real.

CUBA NOW: WHY I APPROVE OF TRUMP'S RESTRICTIONS

Local activist Kelly Benjamin, fresh from a trip to the nation, shares his concerns about Trump’s policies. CL editorial intern Lis Casanova, whose family fled Cuba in the late 1990s, talks about how the Cuban military profits from resorts and tourist attractions as the civilian population starves. Margaret Murray shares her experience in a country where it’s all about living in the moment — because there’s no way to impress your friends on social media. Music editor Ray Roa, meanwhile, talks to a group of volunteers who recently helped supply Cuban youth with skateboards. And Cathy Salustri journeys into the distant past of Florida and Cuba as portrayed in a new collection of ancient maps.

It all adds up, we hope, to a vivid portrait of the complex culture that is Cuba, now.