Russians hacked two Florida counties during the 2016 elections, but authorities still won't say to what extent

Lee reiterated that no election results were altered in the 2016 hacks. 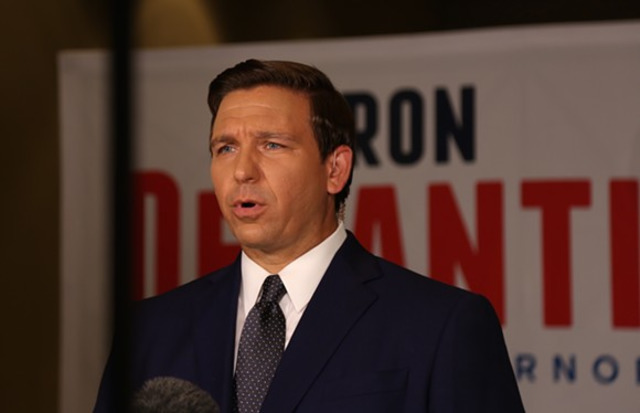 A cybersecurity review has been completed of state and county elections systems following disclosures of Russian hacking during the 2016 elections. But details of what was found remain under wraps, along with information about system patches and what further multimillion-dollar steps are being taken to protect against future attacks.

Florida Secretary of State Laurel Lee said Tuesday that sharing details of the security breaches and protective steps taken by the state and in all 67 counties would expose the systems to “those who seek to do harm to our elections infrastructure.”

“This is a very real threat for Florida,” Lee said during an appearance at an annual Associated Press pre-session gathering for reporters and editors. “Every single day domestic actors and foreign actors attempt to penetrate our Department of State networks and the networks of supervisors of election around the state.”

Lee reiterated that no election results were altered in the 2016 hacks and that the state has “no finish line” when it comes to elections security.

“There is work that we have to do to be prepared for 2020,” Lee said. “I am very confident in the partnership that we have with the supervisors of elections and the resources we have to complete that necessary work.”

In May, Gov. Ron DeSantis ordered the review focused on cybersecurity after he was advised by the FBI that election records in two counties were hacked by Russians in 2016. DeSantis said he was told that the hackers accessed voter-information files, not the systems involved in vote tallying.

DeSantis said he had signed a non-disclosure agreement that barred him from identifying the two counties, but the Washington Post and Politico subsequently reported that rural Washington County in the Panhandle was one of the targets.

DeSantis called the review a “top priority,” noting the state has funneled millions of dollars in recent years into improving elections security, including distributing $14.5 million in federal grants to supervisors of elections in 2018.

During her appearance at the Associated Press event Tuesday, Lee also addressed problems that have shut down a state Division of Elections website for petition gatherers.

Lee said registration paperwork for people collecting signatures for proposed constitutional amendments, such as amendments about banning possession of assault weapons, legalizing recreational marijuana and raising the minimum wage, are being recorded by hand until the problems are solved.

A subsequent news release from Lee’s office said additional staff members have been assigned to the registration process.

“We do not want our process to result in a delay to any petition gatherers who wish to register,” Lee said Tuesday. “We do believe that the manual process that we have in place as of today is achieving that.”

Lee said the problem is believed to be a capacity issue.

The website was created as part of a law DeSantis signed in June that placed new restrictions on the petition-gathering process, which plays a critical role in getting constitutional amendments on the ballot.

The law, in part, requires organizations to pay petitioners by the hour, rather than by signatures collected, and for petition gatherers to register with the state.