Flahive takes out a plastic bag filled with $1 bills — visitors are allowed no more than $30 in small bills — and heads to the vending machines. Five dollars later, he brings back a small meal: a tuna salad sandwich, string cheese and a Snickers bar.

As Martorano digs into the tuna salad sandwich, Flahive gives him the latest updates on the We Believe Group's activities: a new webmaster, from Serbia no less, has set up a blog for Martorano (www.freegeorge.us); an indie filmmaker wants to bring the felon's story to the silver screen; and an attorney is prepared to submit Martorano's new brief petitioning the Third Circuit Court of Philadelphia to reexamine his case.

This latest appeal by Martorano, thought up by some jailhouse lawyers, goes into four aspects of his conviction in an attempt to convince the court he received an illegal sentence.

According to the brief, Martorano's two conspiracy charges contradict each other — one calls for the chance of parole, the other doesn't. Martorano also argues that since the two charges are for the same crime, his sentence violates the double-jeopardy clause. In addition, the appeal contends that the court violated U.S. Code 4205 (part of the Sentencing Reform Act of 1987), which gave new sentencing guidelines to certain federal crimes committed before 1987. Though sentencing rules under the 1987 legislation are more stringent, Flahive contends that under those guidelines, Martorano would serve only 18 years and seven months "accountable to every drop, every ounce, every speck of drugs."

Although the points are based on legal technicalities, Flahive thinks anything that gets Martorano's case reviewed is a positive step toward freedom.

"If they agree to hear this, there's relief," he says.

When asked what he'll do if released, Martorano's response is simple: He just wants to visit his mother and lay flowers at his son's grave. He's considering settling down in the Tampa Bay area and working with Flahive on creating programs to steer at-risk youth away from a life of crime.

Flahive is patiently waiting for Martorano's release so he can marry his sister. "I want Georgie to give her away," he says. "I want him at that wedding."

Flahive admits Martorano may have a hard time adjusting to life in the free world. But that doesn't change his feeling that Martorano deserves a second chance.

"If for a minute I was sitting across from that man and felt he would go back to Philly and avenge his father's debts or start back up with the drug trade, I would jump out," Flahive says. "I would still visit him and I would still be his friend, but I would not be the advocate."

At 2 p.m., prison officials shut down the visitor area and herd the inmates back to their cells. It's the toughest part of the visit for Flahive.

"I can't stomach watching these toddlers and babies ripped from their father's arms when it's time to go," he says, grimacing. "It breaks my heart to see that."

Flahive lines up with the other families, and they walk single-file back across the prison yard. After a guard checks his hand for the stamp, he heads for his truck, lighting a Marlboro on the way. He remains silent as he drives through the complex and out onto U.S. 301.

"I dream about it," he says about Martorano's release. "I've had at least 40 different versions of how Georgie is gonna come home: I'm breaking him out; I'm picking him up peacefully; they're releasing him; what we're going to do on the way home."

Flahive says he has Martorano's release day all planned out.

"I think we're gonna stop at a McDonald's and get a fry and a hamburger and a milkshake," he says, a grin spreading across his face.

Flahive stays silent most of the way home. He pulls into his driveway, unlocks the door to the modest home he shares with Martorano's sister and heads straight for his computer desk, cluttered with court files and letters. He takes out the holiday picture taken at Coleman and places it on a shelf above the monitor. For inspiration, he says.

"People have asked me, my family has asked me, 'Why are you doing this?'" he says. "And the bottom line is, once I met the man and saw who he really was, I knew I had to. ... I don't know who Georgie was 23 years ago. I cannot judge him on who he was then. I can only judge him on who he is today."

Martorano's newest lawyer sent his brief to the Third Circuit Court of Philadelphia in May. If the brief is denied, Martorano's last hope lies in the presidential pardon. 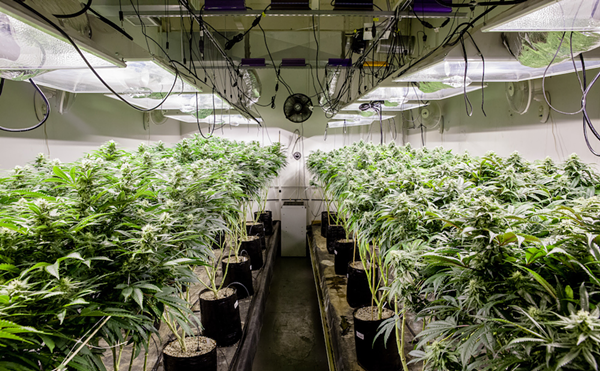 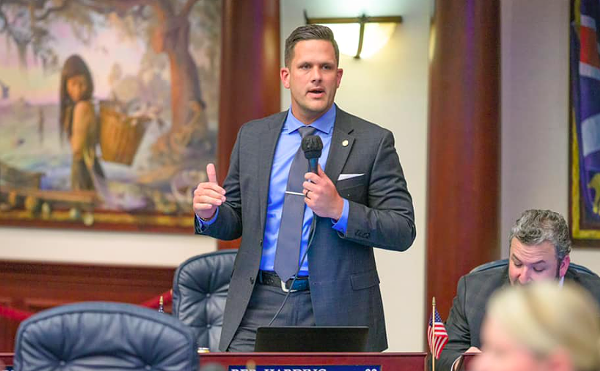