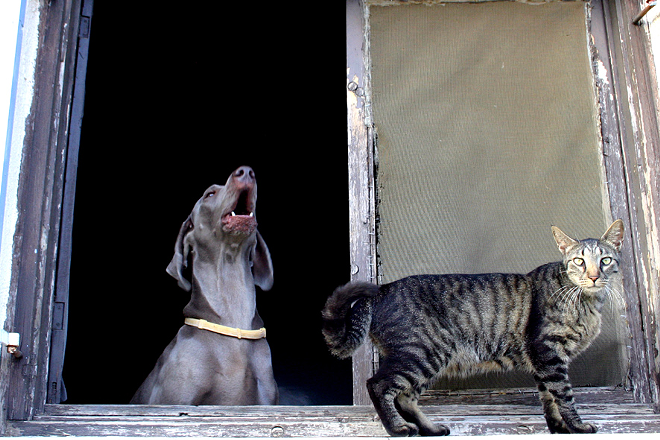 Yeah yeah yeah, I'm your father, used to bullseye womp rats, they travel single-file to hide their numbers, yadda yadda. Still gotta hindsight yesterday though, so let's get to it — then and only then may you mix adult stuff and a kids' movie with beautiful abandon.

The Hillsborough County Commission enacted a potential $500 fine for residents whose dogs inspire complaints about barking — provided the complainant can provide proof the barking went on for at least 20 minutes via recording or an affidavit signed by two neighbors corroborating the event. "Perfect! Nobody's bored, nosy and bitter enough to record 20 minutes of a dog barking," smirked a commissioner whose naive perspective on humanity will soon result in her murder at the hands of an intern driven insane by the world's most maddening playlist.

A routine traffic stop in New Port Richey turned into a surprise drug bust after a backpack containing 125 packets of spice, some crack and a handgun was thrown from the car during a pursuit. To be fair, that is the backpack you bring when you want that day to include the end of your life as you knew it before that day.

Being belligerently drunk at your daughter's soccer practice and flashing your corrections officer's badge at the cops to try to get it out of it is no way to go through life, sir.

And finally, in Hey Look Florida Isn't Always The Weirdest news, a dude in Oregon was arrested for sexually molesting a chicken. This is definitely the place where a "hold my beer" joke would normally go, but I think recent political memes have used up all the "hold my beer" jokes for a while, and also maybe Florida should just tap out for a bit and cheer Texas and Ohio on from the sidelines, you know?