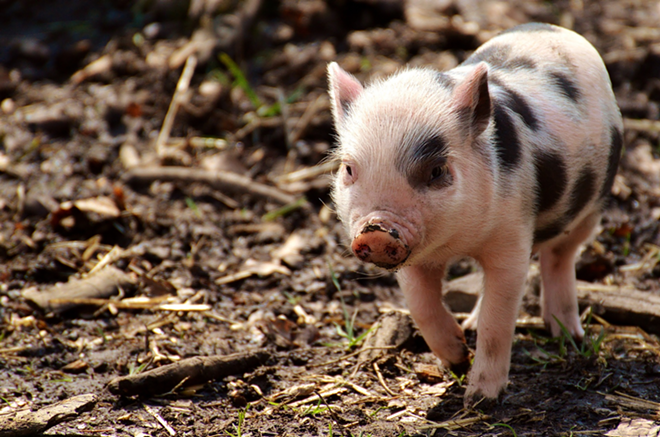 Two Zephyrhills homeowners are begging the city to change its code after receiving citations for owning a "mini pig" within city limits. We're all for changing the ordinance to allow pet pigs, but just remember: Mini pigs aren't a thing. That sucker's gonna get big.

And finally, let's just close it out with some more animal-related nonsense: A 37-year-old Apopka man was arrested in the case of that gopher tortoise that was found spray-painted and covered in concrete last month. A 37-year-old man. A 37-YEAR-OLD MAN. Raise your hand if you thought this was gonna come down to a bored and poorly raised 13-year-old idiot. People. Are. The worst.