If you're wondering if jumping off a building is illegal, the answer is yes. 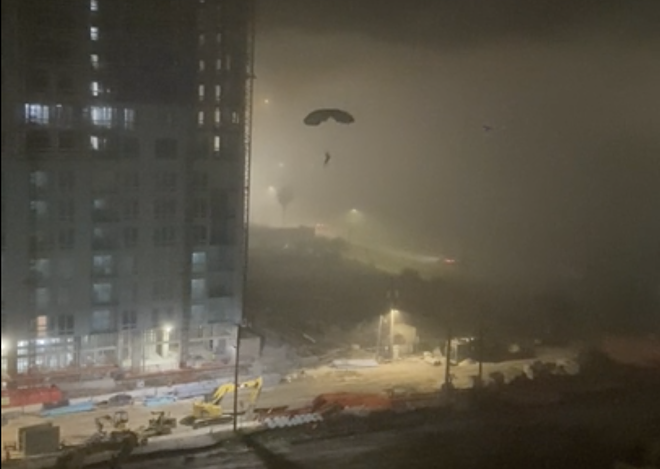 Screengrab via SnooSketches6554/Reddit
Under a blanket of dense fog, an unidentified person apparently jumped off a construction crane with a parachute in downtown Tampa last weekend.

In a video posted to Reddit by user SnooSketches6554, with the caption "Tampa BASE jumping ringing in 2022."
The 14 second video, which shows a single parachuter gliding to the ground, was posted across various Reddit threads.

In one thread the account claims the incident occured near the Grand Central apartment complex in the Channelside District, and in another the account said the stunt was performed by jumping off a crane.

If you're wondering if jumping off a building is illegal, the answer is yes. Undoubtedly cool, but it's still illegal.