Someone stabbed a dolphin in Florida, and now there’s a $38,000 reward for their arrest

“It takes a truly callous person to stab a gentle dolphin in the head.” 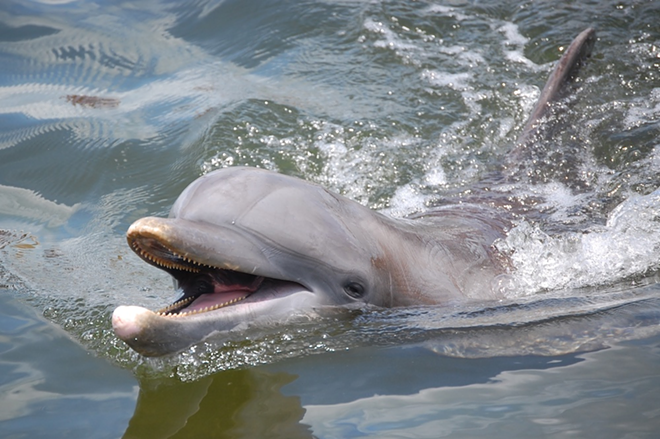 The Humane Society of the United States, the National Oceanic and Atmospheric Administration and their agency partners are offering a combined $38,000 in reward money for information that would bring to justice whoever stabbed a bottlenose dolphin to death near Captiva Island, according to the NOAA.

“It takes a truly callous person to stab a gentle dolphin in the head,” Kate MacFall, Florida state director for the Humane Society of the United States said in a press release. “Dolphins are among the most beloved of marine animals and there is absolutely no excuse for this wanton cruelty. Hopefully this reward offering encourages anyone with information about this brutal crime to come forward.”

The National Marine Fisheries Service were alerted to the presence of a dead bottlenose dolphin around upper Captiva Island on May 24. Investigators concluded that the dolphin had been stabbed in the head with a spear-like object, likely upon surfacing the water. Results from a necropsy, or non-human autopsy, were consistent with evidence that the 6-inch wound caused the dolphin to bleed to death, according to the NOAA.

The NOAA further stated that the victimized dolphin was an adult male and was known to biologists in the area. In his last recorded sighting, the dolphin was seen swimming near fishing boats with a pod of “begging dolphins.”

The National Center for Biotechnology Information lists begging as a common learned behavior in which dolphins surface near boats, presumably hoping for scraps from the fishermen on board. Feeding dolphins is not only illegal, but causes them to associate boats and fishing equipment with food. It is possible that this behavior made the dolphin vulnerable to attack.

Harassing, harming, killing or feeding wild dolphins is a federal crime under the Marine  Mammal Protection Act of 1972. Violations are punishable by up to $100,000 in fines and as much as one year in jail.

Anyone with information about this incident should call the toll-free NOAA Office of Law Enforcement hotline at 1-800-853-1964. These tips can be left anonymously.