They unanimously passed a resolution supporting a proposed law that would curb harsh punishments for youth. 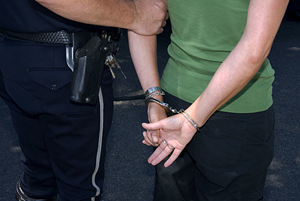 Councilwoman Darden Rice noted that Florida has the highest number of instances in which minors accused of crimes are prosecuted as adults, and the circuit court overseeing Pinellas and Pasco counties has the second highest rate in the state. Underage offenders are often sent to adult prisons where they're kept in solitary, Rice said and once released they have a high rate of recidivism.

“These are not statistics we should be proud of,” Rice said.

The resolution urges the state legislature — namely lawmakers that represent parts of St. Petersburg — to adopt reforms that would guarantee rights to children.

“When we lock up a child in prison, we fail the child, their family and their community,” Rice said. “This is the basic concept of treating children like children.”

Many youth offenders in Florida will lose the right to vote, enlist in the military and get financial aid, all before their brains are full developed.

Activist Ashley Green said the bills would foster an environment “where we don't see kids thrown away before they have a chance to actualize their potential.”

David Moran, assistant public defender in Pinellas County, said there are exceptions and that prison and being branded with a felony should only be an option the "very heinous” offenses.

“No child should be going to prison for grand theft auto,” Moran said.

It's unclear what chances the bills have in their respective chambers, or if Governor Rick Scott would veto such policy changes.

“More children are prosecuted as adults in Florida than in any other state. The Sixth Judicial Circuit – covering Pinellas and Pasco counties – transferred 100 children to adult court last year, the second most of any circuit in the state. The St. Petersburg City Council took a stand today for the youth in their community, affirming that children should be treated as children in the eyes of the law," said Scott McCoy, senior policy council for SPLC, in an emailed statement.