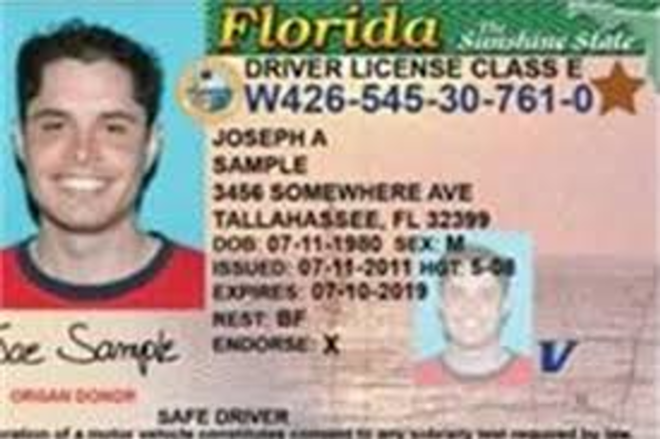 There are quite a few people out there who have a suspended drivers license, and don't know about it and/or can't pay to have it reinstated. An event slated for Saturday aims to help remedy that, at least for some.

Incidences of stupidity and recklessness aside, unwittingly driving with a suspended license can be disproportionately costly for individuals who've moved and never received notification of their status, or simply can't pay the compounding fines and interest.

This weekend, the Department of Motor Vehicle officials will be in south St. Pete to help eligible drivers regain legal driving status while in some cases waiving some fines they have — but organizers warn that not everyone will be eligible, and applicants will still have to pay a $60 processing fee. The event aims to remedy what can be a costly problem for some.

“The idea was born because of people that I know who are good people, but they just need a little break, a little help to get their license reinstated," said State Rep. Darryl Rouson (D-St. Petersburg), who is also an attorney, in a phone interview. "And I know that prosecutors and judges would like to assist where they can in getting people licensed, legally licensed, to drive. And it's a matter of public safety.”

He said court dockets are clogged with cases stemming from individuals driving with suspended licenses, so allowing for some amnesty would to some degree allow the State Attorney's office — not to mention that of the public defender — to put thinly stretched resources to better use.

Tens of thousands of people in Pinellas currently have suspended licenses, Rouson estimates, but not everyone can come up with the money to restore them.

“What we want to do is afford people an opportunity to pay something and get their licenses reinstated,” he said, cautioning: “It's not a total amnesty day. It's an opportunity to come in and hopefully clear your license.”

Rouson stressed that people whose licenses are suspended or revoked for more serious reasons shouldn't waste their time.

“This is not for everybody, and that's really important," he said. "If it's a drug prevention revocation, a DUI revocation, a child support revocation, we're not going to be able to do anything with that,” he said. “And if the fines, because of failure to pay tickets, are in the hundreds of dollars, you shouldn't expect to walk away paying zero. But we are going to be able to help some people who can demonstrate financial hardship, and otherwise are eligible for licenses.”

The event, starts at 10 a.m.  at Mt. Zion Progressive Missionary Baptist Church at 955 20th St S. in St. Pete, is also not open to people who need to simply renew an expired license.

Email us at rro[email protected]