In July, CL first reported that SPPD had stockpiled over $9,000 from "Power of Change" donation stations.

Today at a St. Petersburg City Council meeting, St. Pete Police Chief Anthony Holloway said that funds hoarded by SPPD, which were meant for the homeless, are being transferred to a different city department.

He also claimed that his department hoarded the money because police officers "formed partnerships."

On July 22, Creative Loafing Tampa Bay first reported that SPPD had stockpiled over $9,000 from "Power of Change" donation stations, which said that the money was going to the homeless. 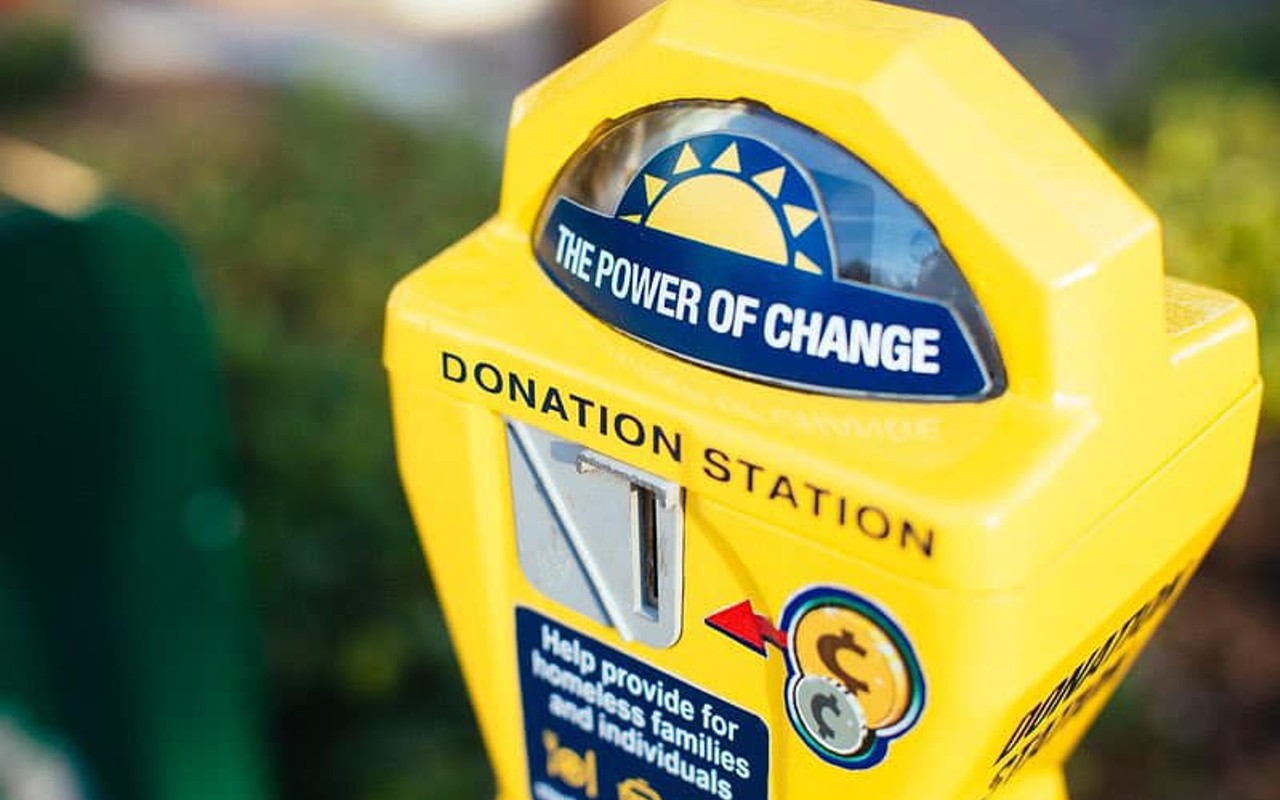 St. Pete Police hoarded change from donation stations that say the money helps the homeless: Numbers from SPPD show that zero dollars have been spent on the homeless community in FY22.

Nowhere on the stations was it mentioned that the money actually went to the St. Petersburg Police Department's budget, nor was it clear that very little of the donations were actually going to the homeless community.

Today, Holloway attempted to explain to council why they didn't use the money on homeless issues.

CL was tipped off to Holloway's statement by CL reporter Arielle Stevenson.

Holloway explained that through partnerships with local nonprofit groups that actually help the homeless, SPPD was able to help get people food, winter clothing, temporary shelter and travel fare for people in need.

But none of that came from the money that people were giving to the change stations, in hopes that their contributions would go to the homeless.

"So when you think about that $9,000 that we didn't use, and we didn't use it, but it's gonna go back down to Teresa's department, so they can use it for other partnerships," Holloway said.

Holloway was referring to Teresa Jones, Community Affairs Director for the City of St. Petersburg. When CL first exposed the lack of use of the donations in July, SPPD did say they would transfer the money to a different city department.

Councilman Richie Floyd asked specifically where the "Power of Change" money would be going to.

"I'm just wondering if there were any plans," Floyd said. "I know that money has been transferred out, I just wonder what the plans were for it going forward, if that's been set up yet."

SPPD claimed that in the future, the money would be added to the city's Veterans Social Services Division to help the unit address additional outreach opportunities.

According to numbers sent to CL by SPPD on July 20, in FY22, zero dollars went to the homeless community from the donation stations.

Meanwhile, about $9,842 of donors' change has been stockpiled by the department, as of June.

The police program that the money formerly went to—Police Assisting the Homeless (PATH)—received the donations after they went into the police department's general fund. But after CL reported on the non-use of the funds, that's changing.

A few minutes after Holloway's statements about the lack of use of donations, city council member Gina Driscoll asked the chief a question about increased calls to the police about homeless issues.

"I think it is that we're starting to see more homeless people out there and again we're also making those contacts every day," Holloway said. "We're making contact every day to help those people that need help."