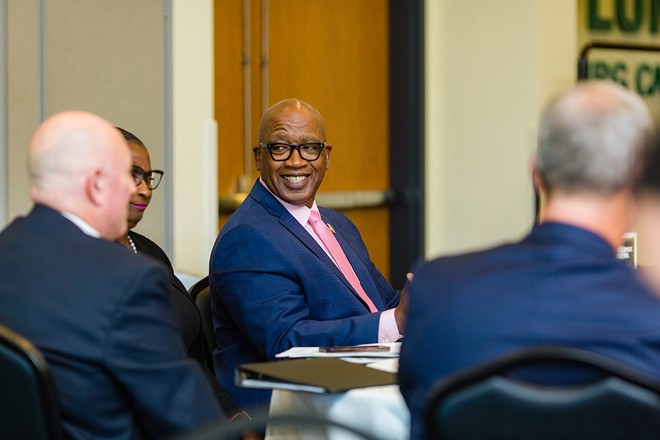 Photo via cityofstpete/Flickr
St. Petersburg Mayor Ken Welch during a community conversation on July 28, 2022.
What is to become of the 86 acres encompassing St. Petersburg’s historic Gas Plant District where Tropicana Field now sits? The space has a long history of broken promises, which Mayor Ken Welch is trying to amend.

He remembers those broken promises, having grown up in the area before the interstate I-175 bulldozed many Black homes and businesses. That was the focus of last week’s final of four community conversations on the future of the Gas Plant District Redevelopment.

The talks come after Welch scrapped the Tropicana redevelopment RFP back in June, gathering feedback for a new RFP to launch in August. Welch estimated that the talks had reached close to a thousand residents overall. The discussion was divided into three parts: live, work, and play, including breakout discussions. Feedback will be shared with city leadership. The city is slated to choose a new developer for the site by the end of this year. Here are 10 takeaways from residents and city leadership on the long-awaited Gas Plant site redevelopment. 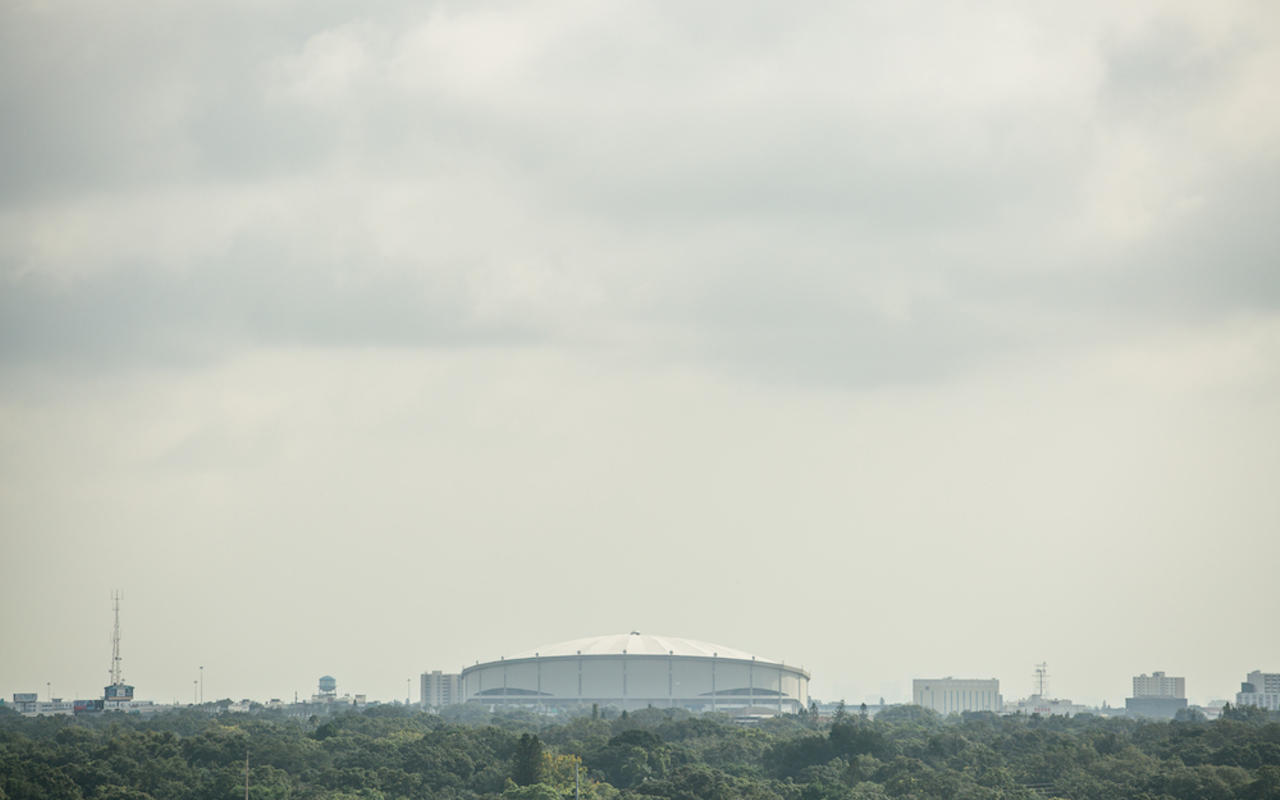 Live polls were broadcast on the slideshow as word clouds during the last four meetings. Over and over, the words “public housing,” “city-owned housing,” “mixed-income,” and “social housing” appeared on the screen.

That housing needs to be attainable for working locals. City leadership has talked a lot about workforce housing for the project. But most people don’t make enough to afford those rates. Workforce housing rates in Pinellas are roughly 80% AMI to 120% AMI or $46,000 for a single person up to $69,000.

“I feel like they’re not actually looking for feedback. They just want to appear like they are,” Karla Correa with the St. Pete Tenants Union told Creative Loafing Tampa Bay. “But despite that, people are still coming out in huge numbers to demand public housing.”

“This is a once-in-a-generation opportunity for impactful and inclusive progress,” Welch said last Thursday. “But this is not a stadium project. It’s a community redevelopment project.”

But a stadium does remain at the heart of the project. The city’s economic director, Gary Jones, presented on Chicago’s Wrigley Field, San Diego’s Petco Park, San Francisco’s Oracle Stadium, and Washington D.C.’s Nationals Park. Those sites were chosen specifically because of the focus on “mixed-use,” combining a stadium with housing, mass transportation, businesses, and other public recreation.

The idea is to have a concept that allows for live music and other entertainment when baseball isn’t in season and an overall “sense of place year-round,” Jones said.

“But this is not a stadium project. It’s a community redevelopment project.”

Many want ownership to stay local in every aspect of the project, from jobs to businesses. This comes when out-of-town developers are buying up local property and development contracts.

City councilmember Richie Floyd was the only councilmember in attendance last Thursday. Floyd has recently pushed city leaders to respond to the growing housing crisis.

“My biggest takeaway is that the housing problem is not going away,” Floyd told CL. “It’s not going away and will be the focal point of every conversation until it’s solved.”

“What is the fun and having all these cool places to go when you can't get there? Or you get there, and you can't get back because there's no transportation to support you better?” Deputy Mayor Stephanie Owens said. “Our community is not as walkable as we would want it to be.”

Many locals agree that pedestrian-only traffic is a good approach.

City leadership and residents seem to agree that some kind of public park, with substantial green space, needs to be part of the final concept. One rendering showed public green space along the river or across the street from the sports stadium.

“Think about a space that not only accommodates game day but outside game day,” Gary Jones, with the city’s economic development office, said. 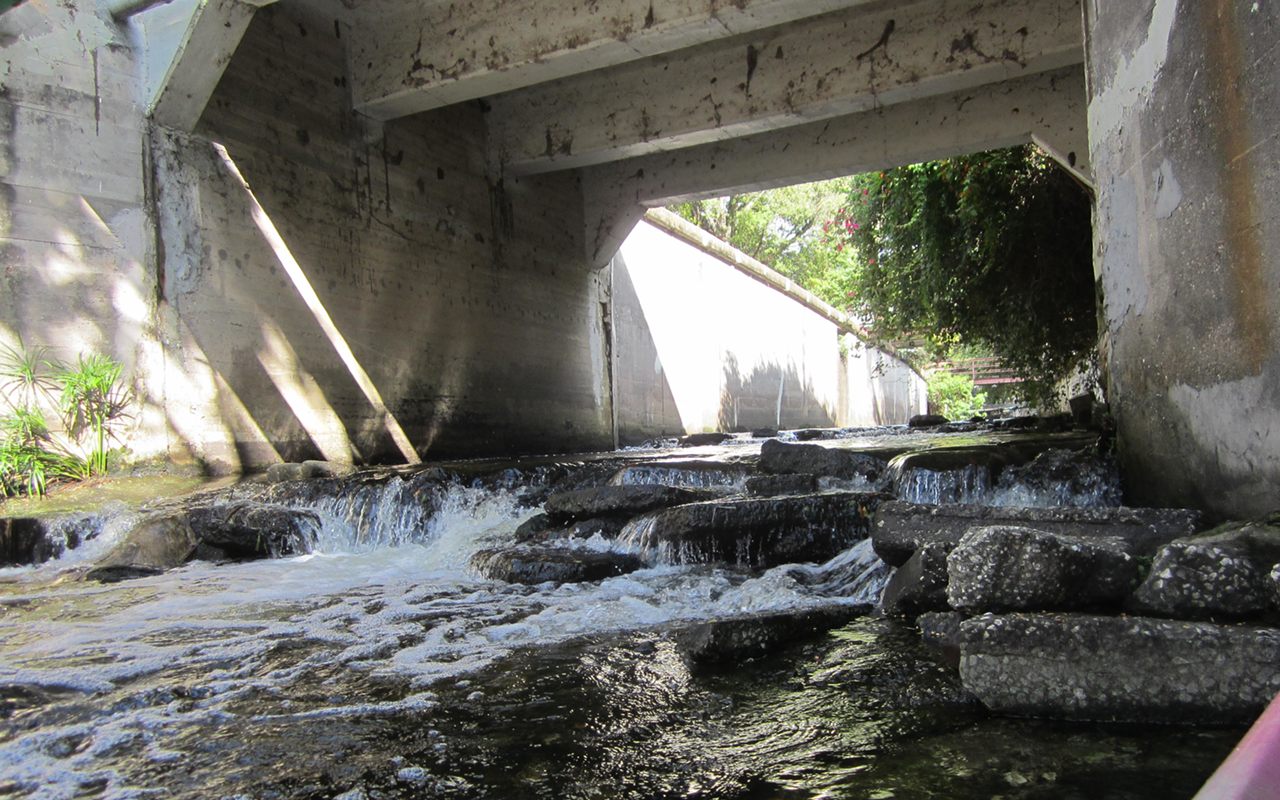 City Wilds: Paddling toward reparations: Booker Creek, a stadium nobody likes and a city's unresolved conflicts.

In the 1970s, the I-175 development effectively cut off the Gas Plant district from Campbell Park, where Booker Creek flows. Booker Creek runs three miles along the south side from west of I-275 to the southernmost edge of USF St.Pete, under Central Avenue, along Tropicana Field, and south to Campbell Park and Roser Park. One rendering showed a large waterfront patio along the creek’s bank.

8. A working space for the Arts

Some proposed mixed-use concepts included a bandshell or stage-like structure for live music, theater, dance, or film. Continuing to grow, public spaces for the arts in the city seemed to have a lot of support from residents.

“We have the opportunity of a lifetime to build our Grand Ole Opry of the 21st century,” Dr. Alex Harris, co-founder of the Arts Conservatory for Teens, said at the meeting.

Apprenticeships for local youth and access to youth services at the new site are likely.

“I spoke to people at my table about public daycares, with childcare you don’t have to pay for,” Correa of the St. Pete Tenants Union told CL. “Just more public spaces for young people in general, and keeping it for the actual benefit of people who live here and not just the money grab.”

It wouldn’t be mixed-use without public transit, and the Gas Plant redevelopment will need it, too. St.Petersburg and the Tampa Bay area aren’t shining beacons on this issue, but many believe the project could be an opportunity to reopen the conversation on mass transit again.
click to enlarge 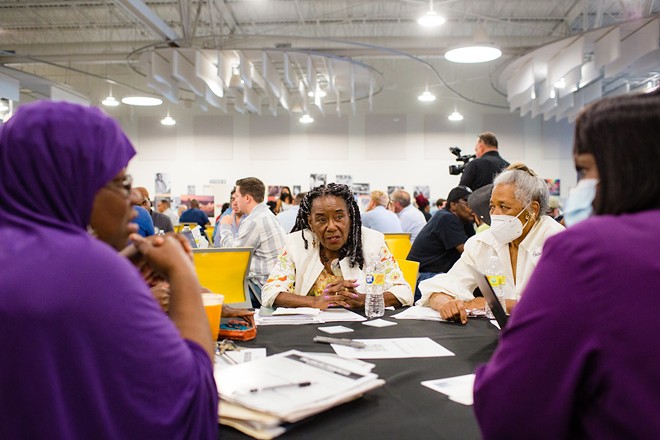