The worst of times can bring out the best in people. 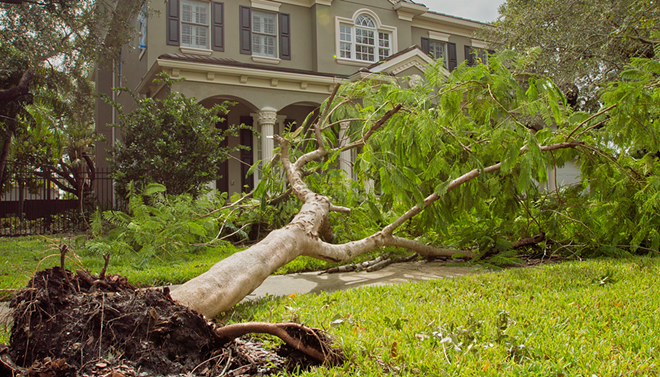 Pretty much everybody in Tampa Bay's got a Hurricane Irma story this week, whether it's about how they bugged out at the last minute and drove back roads overnight to the Carolinas or how they fell asleep from the tension and slept through the whole thing. Some aren't exactly cracking tales, sure. But they're all special, not only because each will be retold over a lifetime whenever a new tropical storm starts heading for the Caribbean, but also because they mark each teller as a member of a community that shared a remarkable event — an event that, despite the destruction and the fear and the occasional crime, arguably brought out the best in most of us, and continues to do so.

Here are some of the stories we at CL have heard (or experienced ourselves) since Irma mercifully sideswiped the Bay area rather than treating us to the direct hit we thought was coming. Many readers and residents told their tales to us directly; thank you for your willingness to share.

Did you stay or did you go? Tampa Bay residents tell their Irma stories — whether they chilled out or fled

How Hurricane Irma brought out the best in gulfport: Focusing on the good that happened before, during and after the storm

The cow who hoofed it away from police during hurricane Irma