In Pinellas County, 82% of girls arrested under the age of 12 were Black. 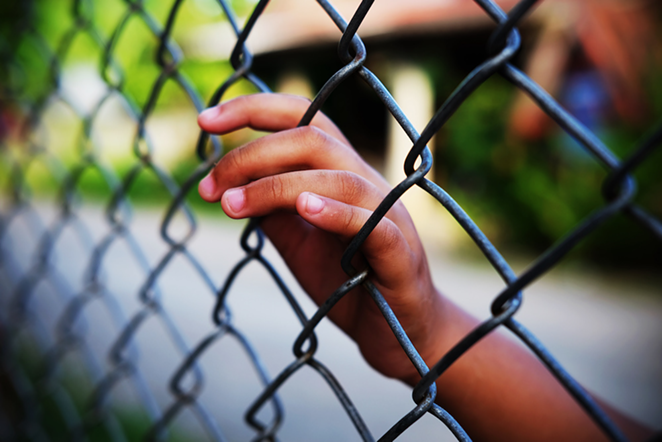 A new report shared this month by the Delores Barr Weaver Policy Center, a nonprofit based in Jacksonville, is sounding the alarm on deep disparities in the arrest, suspension, and incarceration of Black school-aged girls in Tampa Bay.

According to this report, young Black girls across the state are entering the juvenile justice system at significantly higher rates than their peers, in what authors of the report characterize as a criminalization of Black girlhood.

Although Black girls make up only one in five of the 1.4 million girls enrolled in public K-12 schools in Florida, they make up nearly half of those who are suspended and nearly half of girls who come into contact with law enforcement in school.

An overrepresentation of Black girls in the juvenile system is seen across the state of Florida, including in Tampa Bay. In Pinellas County, Black girls made up 55% of arrests in public K-12 schools and 86% of girls incarcerated, despite making up only 19% of the school-aged population.

Both Hillsborough and Pinellas counties are two of seven Florida counties that charged 10 or more girls aged 6-12 with a felony offense—such as assault, burglary, or fighting in school—in the 2019-2020 period, with Black girls overrepresented in both counties’ data.

“This research reveals the harsh realities Black girls face when it comes to educational, justice, and societal systems that often fail them,” reads the policy center’s report. “It is our responsibility as a society to advocate for them. Every girl deserves to be safe in this world. Every girl deserves the chance to realize her full potential without being wrongfully penalized for her race, gender, or socio-economic status.”

One key factor implicated in these criminalized responses, and highlighted by the report’s authors, is the adultification of Black girls—where Black girls are more likely than peers of other racial and ethnic groups to be treated as older than they actually are.

National data shows that Black girls are more likely to be perceived as older, more independent, less innocent, and less in need of comfort and support than white girls of the same age. Research shows that this can lead to harsher treatment from educators and other authority figures, such as school resource officers.

The Weaver Center underscores the pressing need to look at the ways in which the adultification of Black girls and criminalizing responses harms girls’ emotional and mental health.

According to a survey highlighted in the report, 59% of Black girls enrolled in Hillsborough County K-12 public schools reported feeling “sadness” in the year prior, and 31% reported feeling unsafe in school.

Authors of the report offer several recommendations to address what they characterize as systemic failures in Florida’s educational and juvenile systems, and to create communities that support the positive well-being and safety of Black children.

“I think at this point it’s really important for us to look at adult responses that are pushing girls, specifically Black girls deeper into the juvenile justice system,” Basra told the Jacksonville-based Morning Show earlier this month.

The policy center’s recommendations include enacting policies capable of improving the well-being of Black youth—such as funding community-based assistance for families outside of the criminal justice system—banning the suspension of children from pre-K to 3rd grade; funding alternatives to the juvenile system; using community data that is specific to the experiences of Black girls to inform local policies; and implementing culturally-responsive and trauma-informed measures to support the mental health of Black youth in schools.

“People always ask, you know, what should we be doing? We actually know what to do because in predominantly-white schools and neighborhoods, we're having a different response to kids who have behavioral issues,” said President and CEO of the Institute for Women’s Policy Research, Dr. C. Nicole Mason in a Thursday press briefing. “We're just not making those same kinds of considerations with people who are Black and brown.”

Young people’s arrests can have lasting effects, the policy center emphasizes. Not only psychologically, but in material ways. Having a criminal record can affect a person’s ability to get a job, or go into certain professions.

“These are things that we can do something about,” says Basra. “We can make changes. We can have an impact and we can create different outcomes for the girls in our community.”